Controversial actress, Xandy Kamel has given viewers of Kofi TV yet another shock by removing her panties live on television.

The actress who was talking to presenter, Kofi Adoma about what goes into producing a s*x scene in movies, dared her host to allow her remove her panties but Kofi was hesitant.

Kofi, however, agreed to have his guest take off the panties after his viewers agreed to it. Xandy went further to ask Kofi to touch the white lace pantie after she took it off but the stunned presenter refused. 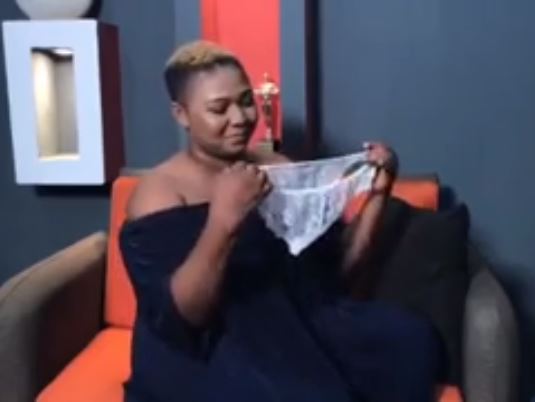 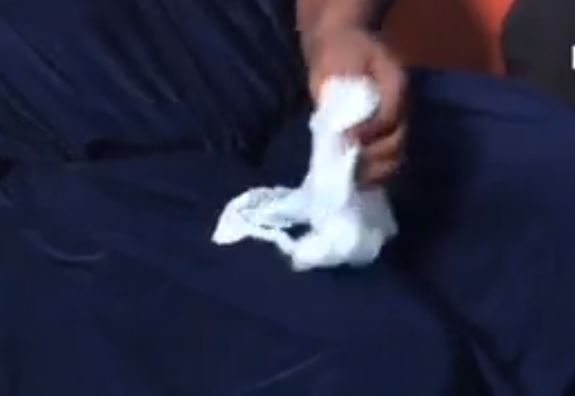 She went further to ask if Kofi Adoma was interested in seeing her naked body and after another moment of hesitation, Kofi allowed her saying that “all that I’m doing now is just for my viewers”.

Before lifting her dress to show what lied underneath, Xandy cautioned “I’ve only removed my pantie and you’re already in tears so I don’t know what you will do when you see my nakedness and I won’t show my nakedness for free”.

It, however, turned out that Xandy was wearing an underwear beneath the panties she removed. The actress’ action was to demonstrate to Ghanaians what really goes on at movie sets.

She explained that actresses always have underwear on when shooting scenes where they have to take off their panties adding that a small pillow is placed between a man and woman when shooting a s*x scene.

Xandy made headlines in 2018 when she forced Kofi Adoma to touch her breasts on the same show.