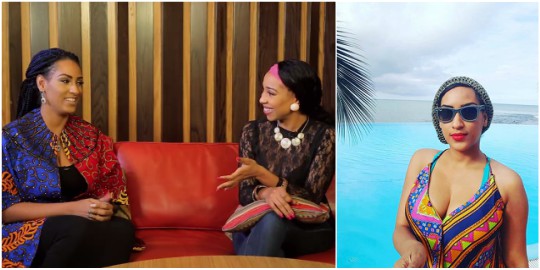 Ghanaian actresss, Juliet Ibrahim, who has also featured in so many Nollywood movies, revealed some secrets about herself which we all don’t know, in her interview with Trybes TV’s On My Honour.
The beautiful actress, who swore to say the truth in the interview, revealed that she has had sex at the Beach. And it went down, even when beach-goers present.

“IT WAS JUST SPONTANEOUS; IT WASN’T PLANNED. [WE] JUST WENT ALL OUT. THERE WERE A LOT OF TOURISTS AROUND AND NOBODY COULD BE BOTHERED,” SAID THE ACTRESS WHO PROCEEDED TO GIVE ADVISE TO FANS WHO INTEND TO DARE TO HAVE SEX ON THE BEACH, TOO.

“YOU HAVE TO BE VERY CAREFUL WHEN [YOU WANT TO DO THIS]. YOU HAVE TO MAKE SURE THAT WHEREVER YOU ARE DOING IT, OR TRYING TO DO IT, IT’S ALLOWED, AND IT IS NOT LIKE A COUNTRY OR PLACE WHERE PEOPLE WILL FIND IT OFFENSIVE,” SHE SAID.

Juliet who is allegedly in a relationship with a Nigerian singer, Iceberg Slim, further disclosed that she doesn’t care if the lights are on or off, when she’s h0rny. “I can’t be bothered. Anything goes,” she said.
On her favourite sex position, Juliet disclosed she flows with the rhythm and isn’t afraid of trying new adventures.
Juliet also disclosed that she doesn’t consider asking a man she loves for his number,  as a big deal.

“I DON’T SEE IT AS A BIG DEAL. IF I SEE SOMEBODY I LIKE, I WOULDN’T WANT THE CHANCE TO PASS ME BY,” SAID THE ACTRESS WHO LATER WENT ON TO ADMIT THAT SHE HAS A “QUICK TEMPER”“.

When Does Sobriety Get Better? That Depends…On You!