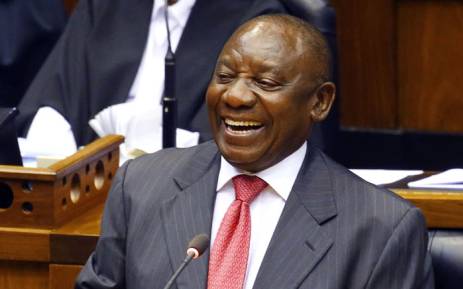 The SABC News Anchor has done it again ‘killing off” someone who is alive, live on air. This is the second slip up in 2018 alone for the seasoned News Anchor.

This not being the first time Ndoro has had the slip up on air, twitter reacted with confusion on how the anchor manages to confuse well known people and “kill” people who are alive. Check out the reactions below.

Porta Via Calabasas
Understanding the soybean
Spider-Man: If This Be My Destiny - L…
Remote Learning Resources for the Fir…
Ratt Problem – GEICO Insurance

Does Peter Ndoro have issues with death? He’s just said on @SABCNews_that Thabo Mbeki had just commented on the death of Cyril Ramaphosa. He of course meant #MorganTsvangarai. Remember him a while ago interviewing Gatsha Buthelezi about the death of…Gatsha Buthelezi
— Barney Mthombothi (@mthombothi) February 15, 2018

I am going to advise President Unity Ramaphosa to appoint Peter Ndoro in the position of Nathi Mthethwa for obvious reasons.
— Sipuka Olwethu (@osipuka) February 15, 2018

That one will end up killing all our leaders, he started with Ntatemogolo chief Gatsha Buthelezi now our new President… njani? 🤦🏽‍♂️
— Balosang Sanki Lerefolo (@BalosangSanki) February 15, 2018

Did Peter Ndoro just say the death of Cyril Ramaphosa?
This guy is killing everybody😂
— trash of trashes (@inkosana) February 15, 2018

Back in January Ndoro had another slip up when he announced the death of Bophuthatswana leader Lucas Manyane Mangope, Ndoro mistakenly declared that it was IFP leader Mangosuthu Buthelezi who had died.

This post first appeared on The Edge Search, please read the originial post: here
People also like
Porta Via Calabasas
Understanding the soybean
Spider-Man: If This Be My Destiny - Learn more about why this story is so legendary
Remote Learning Resources for the First Weeks of School
Ratt Problem – GEICO Insurance
Bavarian Car Manufacturer Cuts Outlook