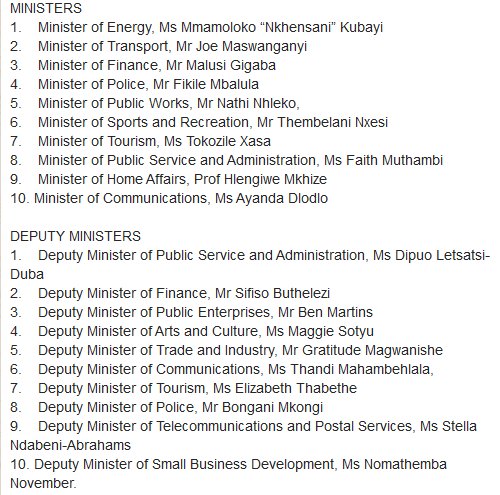 Following President Jacob Zuma’s Cabinet Reshuffle on Thursday night, here is the official list of new ministers and their deputies. And as predicted, the Rand has fallen following his firing of Finance Minister Pravin Gordhan.