Manchester UnitedbossJose Mourinhoplans a stunning shake-up of his attacking options in the New Year.

TheSunday World'swell-connected Ken Lawrence reports Mourinho has been given the green light to pursue his two chief targets in 2017.

WithReal Madrid'sJames Rodriguezon his wanted list for next month and Atletico Madridstriker Antoine Griezmanna target for Mourinho at some point in the New Year, the Unitedboss has been given assurances that funds will be made available to complete both deals.

United are eager to be seen to be investing in the world's marquee players and believe their £89m world record signing ofPaul Pogbalast summer will prove to be a commercialand sporting success.

That has inspired Old Trafford chiefs to splash the cash on more big names,with Rodriguez and Griezmann now firmly in United's sights 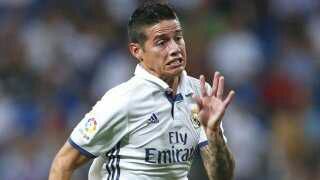