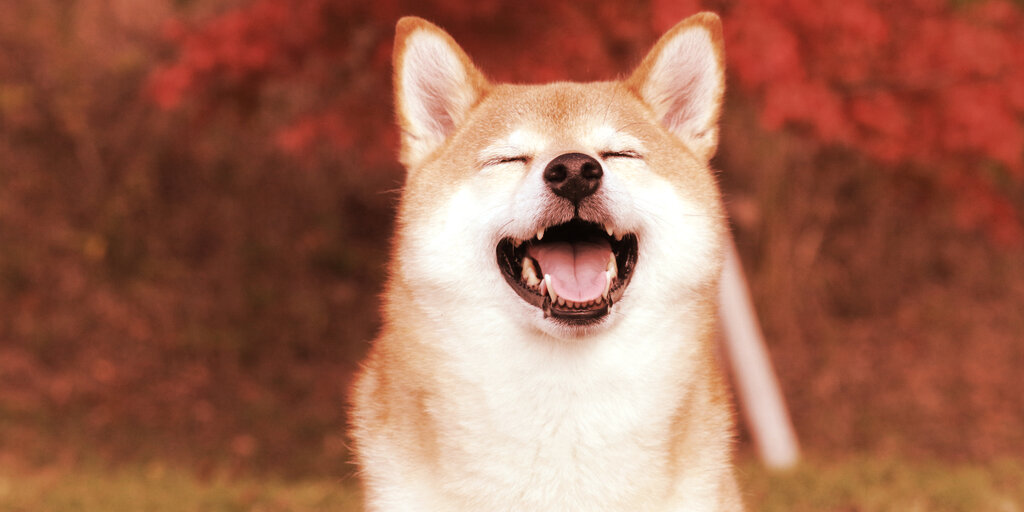 Even as Coinbase has been adding new assets at a rapid clip this year, it's still giving cryptocurrencies the ol' Coinbase bounce.

Its latest addition, the Dogecoin-inspired meme token Shiba Inu (SHIB), sat up 11% in a single hour of trading this morning after finally being listed on the exchange—three months after a previously announced listing on Coinbase Pro was delayed.

SHIB, invented by the anonymous "Ryoshi," is a token that runs on the Ethereum blockchain. It came to prominence earlier this year as Tesla CEO Elon Musk touted Dogecoin, which pays homage to a Shiba Inu dog meme from a decade ago. DOGE's price came back from playing dead, breeding a market for dog-themed competition.

SHIB fought off Akita Inu and others for alpha status before proceeding to lie around the house with little to do. SHIB now ranks 52nd among all cryptocurrencies for market capitalization, with $3.7 billion; Dogecoin is still top dog with $31.7 billion.

The main purpose of the current crop of meme tokens isn't to unlock a utility on some protocol or to deploy as votes on governance decisions—or even to spend them, usually. It's to trade them with the hope that a critical mass of users will develop, as happened with Dogecoin in the early days. Shiba Inu, for example, has been able to convert its popularity into a profitable SHIB-based decentralized exchange, ShibaSwap.

Coinbase announced on June 15 that SHIB would become available for trading on Coinbase Pro, the company's app for advanced users, within a matter of days; a listing on Coinbase proper—which features higher fees but ease of use for amateur investors—typically follows.

But unspecified technical glitches meant SHIB support on Coinbase Pro didn't begin in earnest until September 9. The announcement the day before caused a 26% price bump in just two hours.

That pattern is reasserting itself today with its official introduction to the main Coinbase app. The asset is now worth $0.00000760, its highest rate since late August.

CorelDRAW Photo Sale: Up to 30% OFF
Kanye West Reacts To Kim Kardashian A…
5 Best Back Shavers: Buyer’s Guide & …
Biden’s Ambitious Global Climate Agen…
How And Where to Buy Shiba Inu Coin i…


This post first appeared on Passive Income With NFTs, please read the originial post: here
People also like
CorelDRAW Photo Sale: Up to 30% OFF
Kanye West Reacts To Kim Kardashian And Pete Davidson Adopting A Baby
5 Best Back Shavers: Buyer’s Guide & Detailed Reviews
Biden’s Ambitious Global Climate Agenda Is In Peril. Can He Save It?
How And Where to Buy Shiba Inu Coin in Australia in 2022