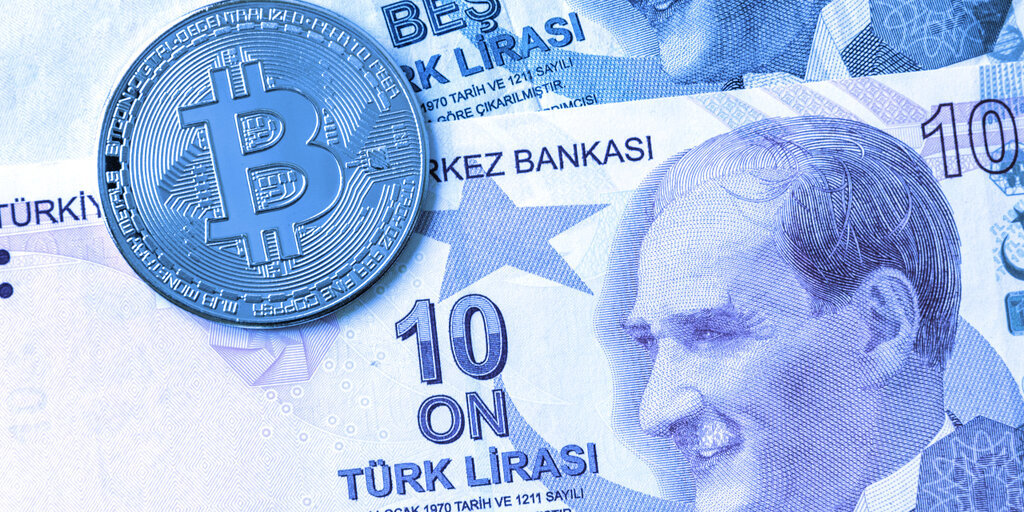 Turkish Minister of Industry and Technology, Mustafa Varank, said today in an interview with the local media Bloomberg HT that the government will soon introduce crypto regulations, also adding, “I’m no longer feeling negative toward crypto. Now I understand that they are effective.”

Varank also said, however, that “cryptocurrency is ripe for fraud.” Said the minister: “We won’t give free rein to the cryptocurrency space that has such high risks.”

Varank's remarks follow President Erdoğan's statement last Friday that the government is currently working on a plan to lay the economic and legal foundations for cryptocurrencies.

Mehmet Türkarslan, legal counsel at the Turkish Crypto Exchange Paribu, told Decrypt that the industry is aware of novice traders being defrauded by bogus financial advisors who promise high returns on crypto investments.

“These so-called advisors initially help their unwitting clients achieve handsome profits,” Türkarslan told Decrypt, “and having won their trust, these con artists fuel anxiety and prompt their victims to be allowed access to crypto exchange accounts.”

Fraudsters tell their victims they could help them make even more profits if allowed direct access via TeamViewer, a remote desktop software, to their crypto exchange accounts. Once in, they wire the funds to their own accounts and simply vanish, explained Türkarslan.

"Fraud is a genuine concern in the Turkish crypto market as it is elsewhere in the world," Beste Naz Süllü, Research Director at the crypto exchange ICRYPEX, told Decrypt. “The minister's regulatory ambition to fight that is viewed positively across the industry."

But there's no indication what regulatory steps will—or indeed, could—be taken to stop fraud. "It's a tough one because the clients give full access and explicit consent to these advisors," said Türkarslan.

Turkish crypto exchanges have been telling the government that a regulatory sweet spot is necessary, explained Türkarslan. Levying a punitive tax on crypto might just push Turks to seek loopholes, resorting to foreign exchanges that the government cannot regulate in the first place. “Such a heavy-handed move may have chilling effects on the local crypto industry, and the government might just end up with no viable revenue,” Türkarslan told Decrypt.

"There's a global trend towards regulating crypto as assets rather than alternative currencies, and we certainly hope the Turkish government will also take this approach."

There’s a silver lining in all this, according to Akalin. “Government wanting to regulate crypto is often a win for crypto—it means they now officially recognize it.”

“The recent institutional interest in crypto, especially Elon Musk, was a wake-up call to the Turkish government,” said Türkarslan. “That might explain why the minister says he’s had a change of heart.”

Turkish government officials are known to closely follow Musk. Turkish President Erdoğan first met him in 2017 to discuss car production. They last spoke in January reportedly about space exploration, but there are no reports of crypto talk… for now.

Statement from the Office of U.S. Agr…
How and Where to Buy HXRO Token – An …
MMOGA – Dead by Daylight: Stranger Th…


This post first appeared on Passive Income With NFTs, please read the originial post: here
People also like
Statement from the Office of U.S. Agriculture Secretary Tom Vilsack
How and Where to Buy HXRO Token – An Easy Step by Step Guide
MMOGA – Dead by Daylight: Stranger Things Chapter (DLC)