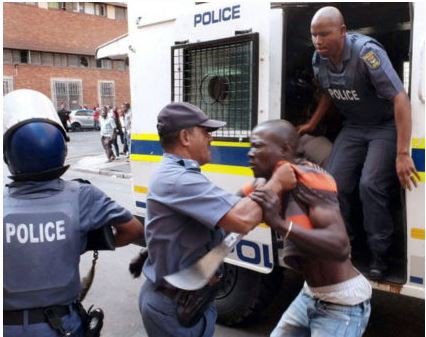 The Nigerian Mission in South Africans has confirmed that indigenes responsible for the violent attack on Nigerians in Durban and other areas have been apprehended and arraigned in South African Court on Monday, January 22, 2018.

A Guide to the Best Locations to take…
What You Need to Know About Sydney Ep…
11 Ways Real Estate Market Will Chang…
Muslim American servant NARRATOR
Which are the Best Smart Home Automat…
According to reports, the Consular officers from the Nigerian Consulate-General in Johannesburg and the Nigerian High Commission in Pretoria were in Durban to witness the court proceeding.
Two policemen were arraigned in court and the case was adjourned till Monday, Jan. 29 while the accused were refused bail and remanded in prison custody.  According to the Consul General, the late Okori was killed in Durban, Kwa-Zulu Natal Province, South Africa on Friday.
Nigeria Consul General in Johannesburg, South Africa, Mr Godwin Adams said, “We condemn in strong terms the barbaric acts and call on the South African authorities to intervene and put an end to this ugly trend. We also call on Nigerians to continue to be law abiding, as we work towards obtaining justice for the family of the deceased".
He stated that investigation was also going on to unravel the cause of the death of another Nigerian killed in Rustenburg, Northwest Province, South Africa, on January 20, 2018, in circumstances yet to be ascertained.  “While we await the outcome of the judicial proceedings, we want to, once again, appeal for calm and rectitude among our nationals in the affected areas,” he said.