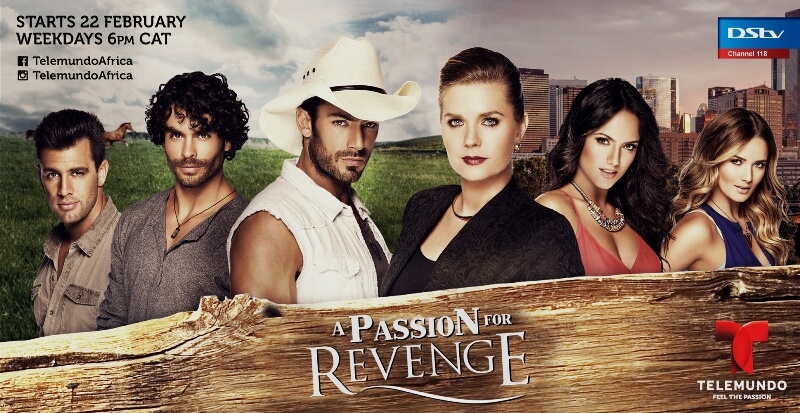 benefits of dark chocolate
Britain’s Premiere Guitarist Bernie M…
Canadian Online Casinos at its Best
How to Price Your Craft & Design (par…
Most Beautiful Mountain Lakes in Swit…
Eleazar accuses Samuel Gallardo of everything that happened; Samuel denies all the accusations before the press. So Eleazar tries to escape.
Monday 4 July 2016
The last will and testament of Beatriz is read. Leonardo tells Cayetana that they should not deny themselves happiness, and he proposes to her.
Tuesday 5 July 2016
Leonardo continues to pursue Cayetana, telling her what she wants to hear. Isadora on the other hand, is seducing Arturo, she swears her love to him.
Wednesday 6 July 2016
Cayetana informs her daughters that their grandfather is ill. Pablo reveals to Veronica that he is willing to do whatever it takes to get her back.
Thursday 7 July 2016
Leonardo orders Valverde to disappear from Cayetana’s life, or he will pay with his life. The doctor informs Cayetana that her father is brain dead.
Friday 8 July 2016
Arturo reaches out to his son, but Cayetana finds out. Flavio tells Irina he will never give her a divorce and he assures her he loves more than ever.
Monday 11 July 2016
Soledad goes to the hospital to say farewell to her grandfather, Cayetana and the other girls do the same, they say goodbye to Don Felipe.
Tuesday 12 July 2016
Leonardo is threatening the Gallardos after they put up a new fence. Meanwhile, Andrea is having a discussion with Samuel and falls from her horse.
Wednesday 13 July 2016
Pablo talks to Rocio and tells her he is in love with Veronica. Meanwhile, Sofia lets her sister know that she is still in love with Arturo.
Thursday 14 July 2016
Sofia finds Leonardo too close to her son and becomes hysterical with rage. Andrea asks Rita to erase the pictures she took of her with Samuel.
Friday 15 July 2016
Arturo tells Sofia that he wants her in his life. Cayetana confronts Sofia because she is seeing Arturo behind their back.
Monday 18 July 2016
Andrea insults Samuel in front of everyone. Miranda recommends that Rocio lies to Pablo and then offers them money to run away together.
Tuesday 19 July 2016
Cayetana orders Sofia not to go back to Arturo. Isadora reveals to Sofia that she would die for Arturo. Emilio stops Isadora from killing Sofia.
Wednesday 20 July 2016
Leonardo forbids Arturo from entering the Del Junco Ranch, before a fight breaks out. Sofia tells Arturo that she wants to spend all her nights with him.
Thursday 21 July 2016
Leonardo enters Cayetana’s room and tells her that all he wants is to make her very happy. As Irina enters Cayetana’s room, Leonardo hides from her.
Friday 22 July 2016
Arturito’s christening ceremony takes place, Andrea and Samuel are the godparents. Roger tries to find Patricia and realises she has escaped.
Monday 25 July 2016
Cayetana assures everyone that she will do whatever it takes to remove Arturo from her daughter’s life. Meanwhile, Valverde confronts Isadora.
Tuesday 26 July 2016
Cayetana proposes a plan to Isadora, hoping to separate Arturo and Sofia once and for all. Flavio admits to Irina that he is crazy about her.
Wednesday 27 July 2016
Andrea manages to rescue Samuel from his captors, who in turn, ties the kidnappers. Sofiaa wakes up beside Arturo, he offers to confront Cayetana.
Thursday 28 July 2016
Samuel and Arturo find Flavio and Dario in an uncomfortable situation. Andrea confesses to Irina that the man of her dreams will be a secret.
Friday 29 July 2016
Sofiaa demands an explanation from Arturo. Meanwhile, Leonardo resorts to violence, pushing one of the ranch workers and then Andrea.
A Passion for Revenge is on Telemundo Mondays to Fridays at 18h00.