Thickleeyonce shattered by SA Fashion Week hate that she walking like going to a spaza shop. 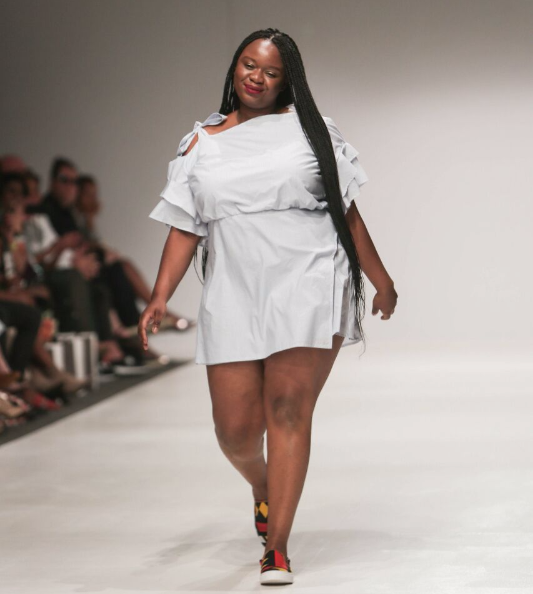 Popular photographer and plus-size Model Lesego "Thickleeyonce" Legobane cried so hard at the social media hate following her SA Fashion Week appearance on Tuesday night that her mother had to help her clean up the vomit she spewed after being physically sick.

Thickleeyonce, who is a strict advocate for body positivity, was one of several models who took to the runway for the Woolworths fashion show, drawing applause from the audience.

However, a video of her walking on the runway was ridiculed on Twitter, with users body-shaming her and complaining that she was walking like someone on the way to a spaza shop.


Reacting to the comments, Thickleeyonce said she did not usually care what people thought but cried after reading the hatred aimed at her.

"I usually don't give a f*ck, but tonight, I am sad. On one of my best days, I am sad. For the first time in four years, I cried. I read the comments and cried. It wasn't the biggest gig I got, but it's the one that made me happy," she wrote on Twitter.

She later returned to the platform to insist that she had no regrets about being in the show and slammed suggestions she was looking for attention and cashing in on her weight.

"I was body positive before the money came. I was obsessed with myself before the money. The money came because of the self-love. The fact that people believe I wake up wanting to be hated is what weakens me the most. My mother had to clean up my vomit this morning because I cried so much, my stomach turned and I got sick," she wrote.

"It is unacceptable in this day and age that someone would be bullied because of how they look or how they carry themselves. We are mortified by this. We are trying to embrace all women, and people are bringing others down. We embrace body positivity and Thickleeyonce embodies that for us. We will continue to use her as our ambassador and strongly condemn any bullying," Woolworth South Africa Head of Communications Kirsten Hewett told TshisaLIVE.

SA Fashion Week CEO Lucilla Booyzen also condemned the hatred, telling TshisaLIVEthat the organisation was appalled by the "scourge of pulling people down on social media".

"It is disgraceful that people would criticise our models for their walk or the way they look. We condemn any kind of bullying directed at any of the models at SA Fashion Week. SA Fashion Week is completely inclusive and we represent all women, regardless of their body shapes."

Thickleeyonce made international headlines last month after she slammed a social media user who body-shamed her by posting a picture of famous model Joelle Kayembe in a bikini next to one of Thickleeyonce also in a bikini with a nasty caption.

Her response was liked by US music stars Nicki Minaj and Ariana Grande and saw her featured in Teen Vogue USA and other international publications.

Thickleeyonce shattered by SA Fashion Week hate that she walking like going to a spaza shop.