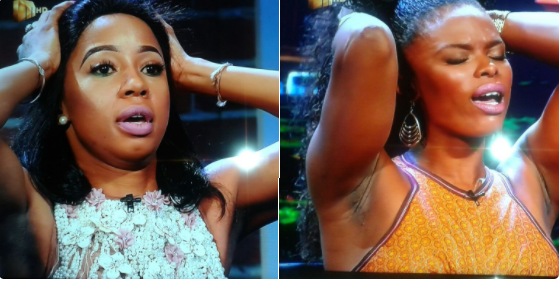 Musician Kelly Khumalo was the talk of Twitter on Sunday night after her armpits nearly shut down the internet during her appearance as a guest judge on Idols SA.

Also Read: Lorna Maseko Being Sued For Failing To Pay Up Her Restaurant! over R745 000

Kelly was the latest celeb to feature on the popular music reality competition and had fans talking with her guest feature and “unbleached armpits”.

#IdolsSA and then Kelly Khumalo had to ruin my night with the armpits pic.twitter.com/ry2ErhNChE
— 🗨 (@RegalGlobal) July 30, 2017

5 Reasons LinkedIn Networking is More…
Chatfuel Vs BotMyWork Chatbot Builder…
With GiftstoIndia24x7.com, this Raksh…
Don’t Forget to Brush Your Fur
Get your 90’s Memories by Downloading…
— Gugu Madlala (@gugu_sishi) July 30, 2017

Twitter also couldn’t help but chuckle when Kelly fell off her chair while attempting to give a high-five after one of the auditions.

Kelly is disappearing on that panel….maybe she should take another tumble from her chair so that we can "see" her again #IdolsSA pic.twitter.com/kFuhUgCjnT
— Morne A Adams (@morne_adams1) July 30, 2017

#IdolsSA so who do y'all think tipped Kelly Khumalo over her chair 🤣? pic.twitter.com/zRKWq86r4D
— Sphiwe Masondo (@Masondo_LTD) July 30, 2017