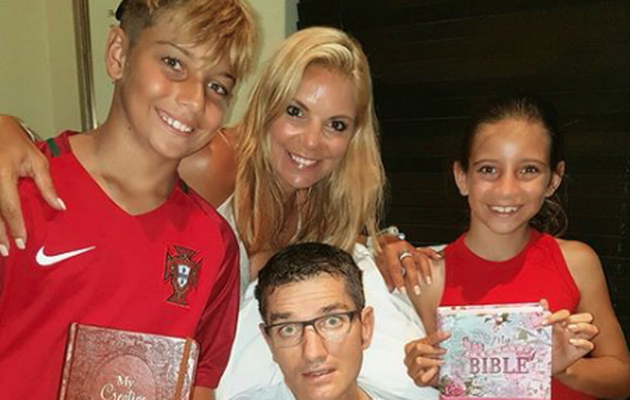 Amor Vittone has asked fans on her Facebook page to pray for her estranged husband, Joost van der Westhuizen, as he remains in a critical condition in hospital.

Joost was rushed to a Johannesburg hospital early on Saturday morning.
"Ek vra names die hele familie asb, om Joost in jul gebede te hou vandag. Ons almal is by mekaar vandag. ❤ Joost ons is lief vir jou!" (I'm asking on behalf of the whole family to keep Joost in your prayers. We are all together today," she wrote alongside a picture of herself with Joost and their two children.

Soccer World to Help People amidst Co…
كيفية الوضوء والصلاة الصحيحة بالصور
Poetry for Invisible Illness
Help For The Inner Journey
Olomana Trail Hike {Three Peaks Oahu …
A statement on the J9 Foundation's website also called on fans to unite in prayer as Joost's condition deteriorates.
Joost was diagnosed with a form of MND in 2011. Two weeks ago it was reported that he was on an oxygen machine for "survival" but he rubbished those claims, admitting that he was on oxygen, but that he was "doing well under the circumstances."