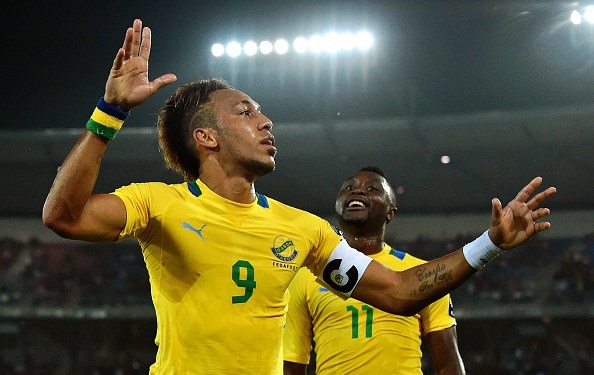 THE afternoon went from boring, frustrating to wild in celebrations in just under 50 minutes.
But a last minute strike in the 90th minute by Juary Marinho Soares of Guinea-Bissau spoilt what looked like a celebration day for the 2017 Africa Cup of Nations hosts Gabon at the Stade De’ LAmitie in Libreville on Saturday night.

How to Get Started with Sports Bettin…
8 Signs You Should Avoid That Potenti…
Homemade No Churn Raspberry Ice Cream
Florence in One Day: How to Plan the …
Sony To Announce New PS Plus Video Pa…
And it was something that the Gabonese had never expected.
Soares cancelled out a goal by Borussia Durtmunt Pierre Emerick Aubameyang, which looked like the only goal of the match until this last minute gasp.
Those who thought the tournament in this French-speaking Western African country was going to be a complete flop were made to eat hot scorns without anything to drink to wash it down.
This 1-1 draw between Gabon and Buinea-Bissau was the beginning of explosive ties to follow until 5 February when the curtain comes down on this competition.
Aubameyang gave direction to Athanase Bouanga’s cross from the left and the celebrated striker made no mistake in slotting it home (1-0) against a disappointing Group A opponents Guinea-Bissau.
Honestly, the first 20 minutes of this duel was a case of missed opportunities with The Panthers putting pressure on their opponents who were clearly here for the taking.
Twice in a space on two minutes China-based Evouna Malick found himself being denied by Bissau goalkeeper Jonas Mendes with his shots on target.
And the vociferous crowd played a major role in encouraging The Panthers to forge ahead with the noise from the inflated plastic batons that they hit together to create a noisy atmosphere.
The day actually started like the Gabonese are heeding to the call from opposition politicians to snub the opening ceremony of this 2017 Afcon competition, as less than 5 000 people pitched up as they allegedly protested President Ali Bongo Ondimba’s renewal of term in the presidency.
But as seconds and hours ticked away, the soccer mad French-speaking Gabonese packed the 40-000-seater stadium to the last seat.
But those that missed the opening ceremony really missed out on a true reflection of the Gabon culture where fireworks and African dances were on display and popular local musicians also made a killing.
As expected, the ancestor of African football administration, Issa Hayatou and Ali Bongo Ondimba declared the competition open where all eyes will certainly be on defending champions Ivory Coast and 2015 runners-up Ghana who are in Group C and D respectively.
Saying that the opening match was a fiesta of missed opportunities, despite the two goals, would not be an understatement as even Didier Ndong of Sunderland in the English Premiership was also made to watch in disbelief as his effort fell into Mendes’  open arms.
But Guinea-Bissau pulled their act together in the last 10 minutes as they launched one attack after another at Gabon who shut the back door to keep the three points in the bag - which happened to be their biggest mistake
Gabon will be back in action to face Burkina Faso while Guinea-Bissau have a tough task against Cameroon on the same day.
Mathews Mpete is in Gabon as a guest of SuperSport


This post first appeared on The Edge Search, please read the originial post: here
People also like
How to Get Started with Sports Betting
8 Signs You Should Avoid That Potential Employer
Homemade No Churn Raspberry Ice Cream
Florence in One Day: How to Plan the Perfect Itinerary
Sony To Announce New PS Plus Video Pass Service – Free Movies and TV Shows For PS Plus Members