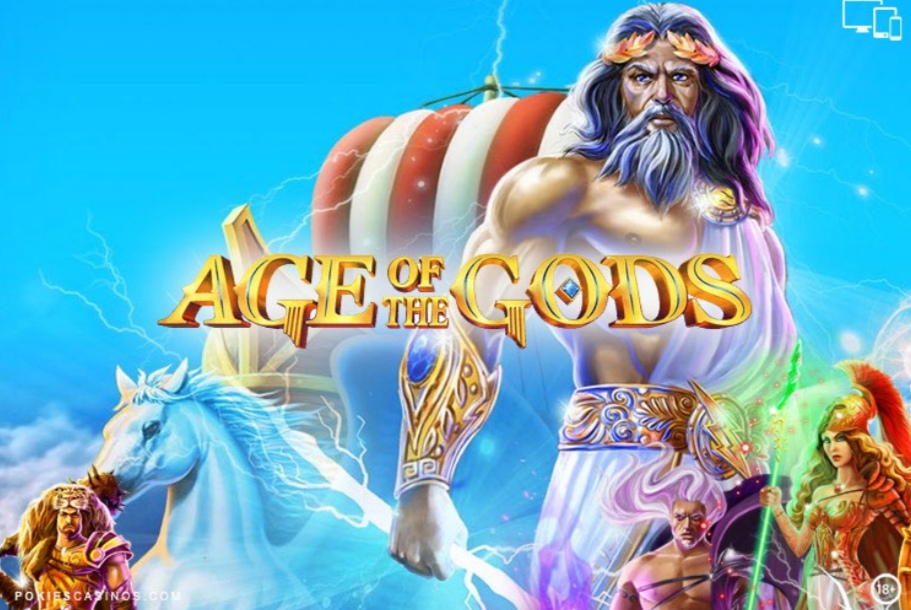 Anyone who has visited an online casino before will be well aware that there are usually 100s of games to choose from on the site. There will be dozens of different versions of roulette, blackjack, poker etc., as we well as 100s of unique Slot Games. With the latter, it sometimes transpires that a game becomes so popular that a sequel is later released. A good example of this is the Gladiator slot, which is based on the Russell Crowe Oscar-winning movie. That was one of the most popular online slot games, so it felt normal to see the sequel Gladiator: Road to Rome released in late 2017.

But with Age of the Gods, which was created by software developer Playtech, we have seen something that blows everything else out of the water. We aren’t talking about a game that spawned a few sequels, but a huge series of connected games that strives to build a fantasy story. At last count, there are 20 games in the series, and new arrivals are coming all the time.

Games based on Greek mythology

To get a flavour of what is all about, you could take a look at the Furious Fours slots – Age of the Gods title. The “Furious Four” here are Apollo, Atlas, Pandora and Hephaestus – four characters you will recognise from Greek mythology. And that is key to understanding the games. They each explore a certain side of the Greek myths. For example, Prince of Olympus follows the fortunes of Hercules; Fate Sisters looks at Clotho, Atropos and Lachesis, i.e., the Fates.

As you can imagine, using mythology as source material allows software developers to get very creative. And, Playtech certainly does so here. The games are marketed as being among the developer’s “Premium” range, meaning they have big-budget graphics and bold gameplay. So, we aren’t talking about simple slots here. Instead, you’ll find fun bonus features like defeating the Hydra with Hercules or the Gold Feature in Mighty Midas.

However, one of the best things about Age of the Gods slots is that the games are all connected through a unique jackpot game. Every spin on the game pays into a shared jackpot fund, featuring four different prizes. The top prize, Ultimate Power, has a base award of 100,000 coins ($100,000) but it can potentially grow to the millions. Progressive jackpots are funded by taking a small amount (in this case, 1%) from each wager. Thus, with so many games, you can appreciate that economies of scale mean the jackpots can grow quickly.

A Norse mythology range added in 2020

But what should the developer do when they exhaust many of the stories of Greek myth? The answer seems to be to move into the world of Norse mythology. In 2020, Playtech started releasing its first Age of the Gods “Norse” range, with games like Ways of Thunder and King of Asgard. Again, these are technically accomplished slots. It also arguably helps with crossover appeal and marketing when you consider the popularity of Marvel’s Thor movies.

If slot games aren’t your thing, then you could maybe check out the Age of the Gods Roulette games. It is available in both a virtual or live version. The latter is played out in a studio, with the action streamed to your device in real-time. While it mostly plays like normal roulette, there is the addition of that all-important Age of the Gods jackpot (mentioned above) that makes it a bit more exciting.

To be clear, we aren’t saying that Age of the Gods if the best choice for casino players, nor are we saying that they are the best slot games. However, it is an example of one of the most ambitious projects ever undertaken in the iGaming industry. As such, it is worthy of acknowledgement of that accomplishment and perhaps worth checking out the next time you visit an online casino.

Sexy Games for Married Couples
How Do I Pay for Something With Bitco…
5 SEO WordPress Plugins
12 Best FMovies Proxy, Mirror and Alt…
How and Why America Was Hit So Hard B…