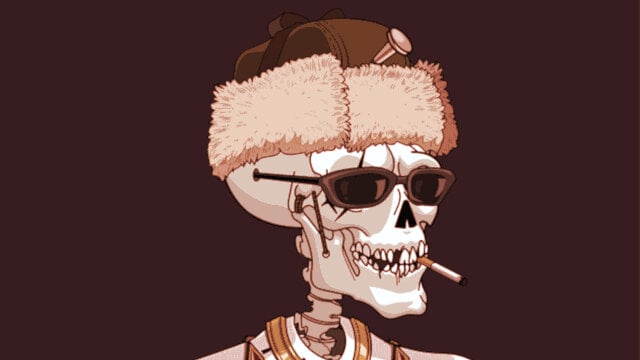 A new NFT collection called Wicked Craniums has generated over $4 million in secondary sales in just two days, making it the second most popular series on OpenSea’s digital marketplace this week.

It’s the latest NFT collection in the vein of CryptoPunks—the small, algorithmically generated Portraits that have become pricey collector’s items over the past few years. Each portrait has a set of unique traits, some rarer and more valuable than others. The ones with icy blue skin, for example (there are only a few of them, out of 10,000 total icons), have sold for millions of dollars.

NFTs are a kind of cryptocurrency that can be attached to files on the internet and sold as proof of ownership. They’re a handy way to turn digital images and videos into discrete collectibles.

Like CryptoPunks, Wicked Cranium NFTs are tied to a group of small portraits, each with a randomized set of traits. The twist is that the art is slightly different—these are portraits of skeletons, rather than blocky, disaffected “punks.” There are 10,762 in all.

The hottest NFT franchise at the moment, and the heir apparent to CryptoPunks, is a collection called the Bored Ape Yacht Club. It’s the same deal: a limited set of algorithmically generated portraits, this time with bored-looking apes. Earlier this month, a Bored Ape sold for 49.9 ETH, or around $130,000 at the time.

Even despite the occasional big-name NFT sale, trading volumes across the market have declined in recent months. Trades across NFTs tracked by nonfungible.com topped out at around 48,000 per week in April—this week, that number is closer to 24,000.