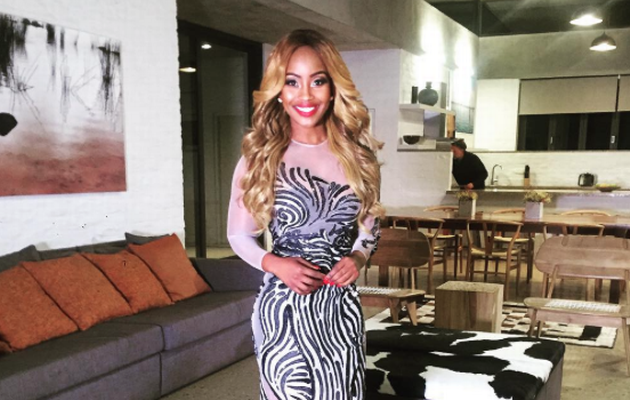 According to various reports, Top Chef SA host Lorna Maseko made a drunken admission that she was going through a messy divorce.
Lorna was one of the presenters at the You Spectacular Awards on Saturday.

Dreaming About Cellphones, What Does …
Top 10 Best Sites Like GoStream To Wa…
12 Things You Should Never Do During …
Step-by-Step Guide on Creating the Ul…
Monthly or quarterly dividend stocks?…
It is alleged that she may have been under the influence of alcohol.
“During the presentation the presenter revealed that she is newly single and ready to mingle,” reports Drum Magazine.
Grazia tweeted: “Presenter Lorna Maseko confirms her divorce and that she’s single and ready to mingle on stage at YOUSpec2016”
Apparently, while presenting an award on stage, she nearly dropped the F-Bomb. Fellow presenters and the crowd allegedly cringed when Maseko spoke, admitting she too wanted to be a rapper at one point.
Reports say that Anne Hirsch, the Host of the YOU Spectacular, attempted to retrieve the mic from Maseko.
Anonymous sources inside the event told TMG Entertainment that Maseko’s admission was not part of the script.
Maseko has not commented to the media since the show.
Rumours about Maseko’s marriage have apparently been circulating industry gossip circles for years, since she kissed Expresso TV host Katlego Maboe.
The two brushed the kiss off as “silly”.
Katlego has since been single, although he was also in a relationship at the time of the kiss, which both parties admitted to.
There were also rumours that the two had been seen going to the same room.
Both parties denied further allegations.