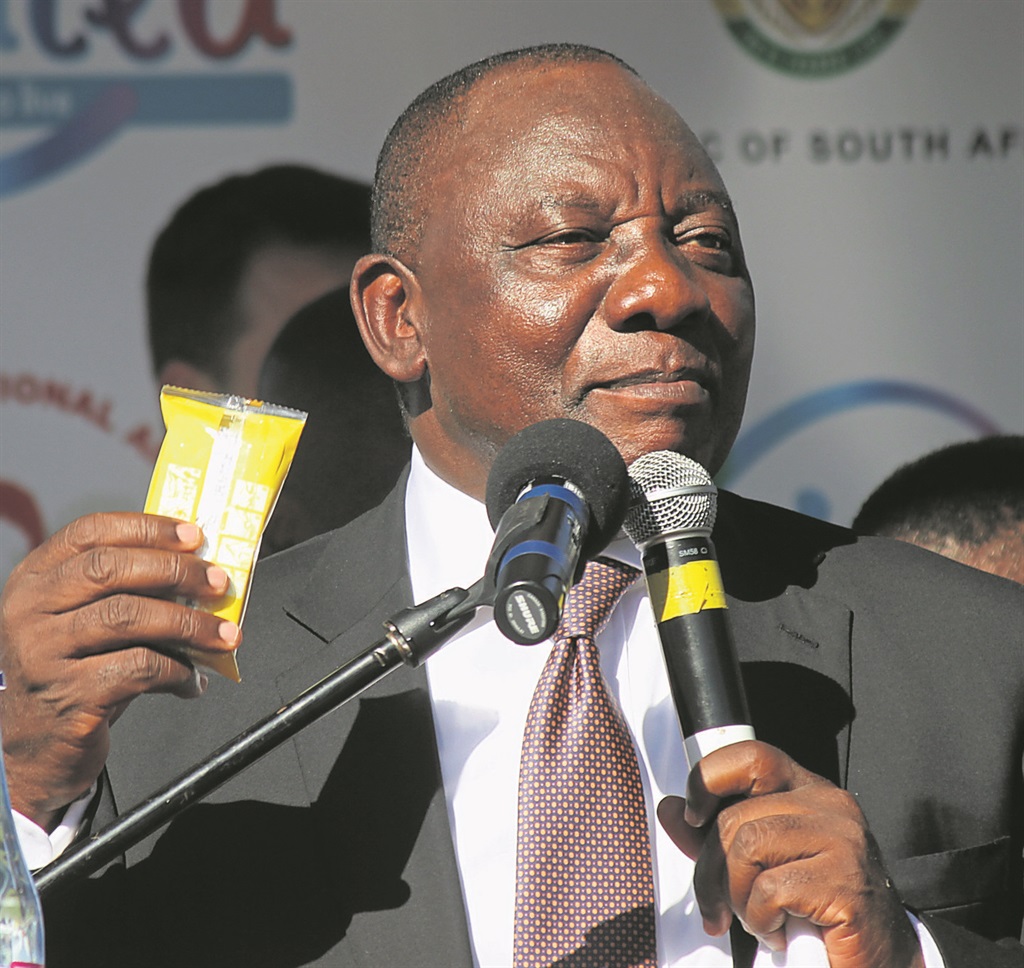 DEPUTY President Cyril Ramaphosa says there is no reason for men to engage in unsafe sex as government supplies condoms to provide satisfaction and safety in one package.
Speaking to mark the launch of the National HIV Prevention Campaign for Girls and Young Women in Pietermaritzburg on Friday, Ramaphosa called on men to use the new condoms, saying “they smell nice”.

What’s brewing in Chef Harsh Kedia’s …
Juvenile diabetes and life insurance
Hired an Autosleeper Duetto
Holiday Hell ’95
Older adults (60plus) lockdown home w…
The new Max condom comes in regular, grape, banana and strawberry flavours.
Ramaphosa said only reckless behaviour and ignorance would lead to new HIV infections. He pleaded with grown men to have sex with their peers, not young women.
“I want to say to all the blessers, leave our girls alone. If you want love, go to women of your own age – they have more than enough love to give you,” he said.
The launch was attended by Health Minister Dr Aaron Motsoaledi, Human Settlements Minister Lindiwe Sisulu and KZN Health MEC Dr Sibongiseni Dhlomo.
South Africa hosts the International Aids Conference next month.