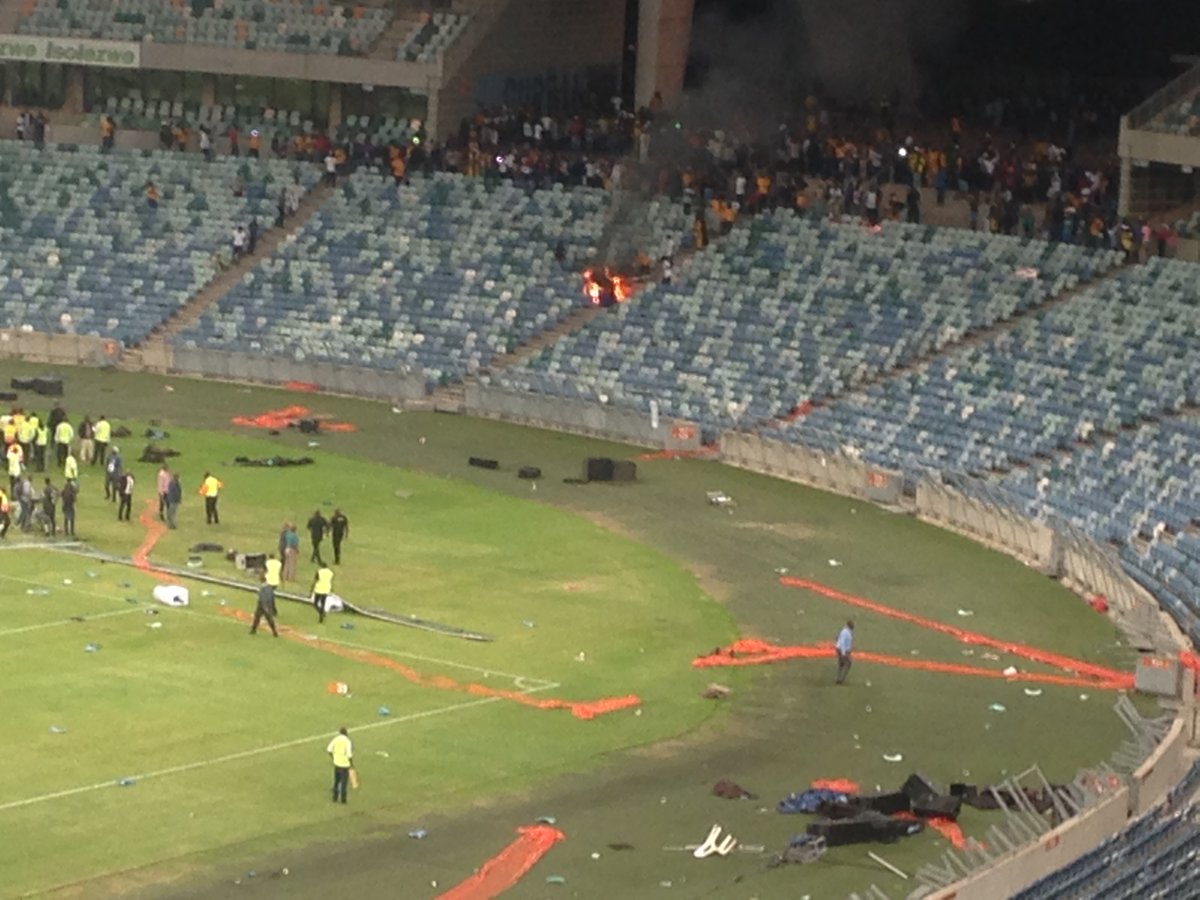 Kaizer Chiefs crashed out of the Cup as their dismal season continued when they lost 0-2 to Free State Stars in the Nedbank Cup on Saturday.

Free State Stars are in the Nedbank Cup Final

Free State Stars reach a cup final for the first time since 1994. Two first half goals were enough for Ea Lla Koto. That was Chiefs' last chance of winning some silverware. Ugly scenes at full time as there is pitch invasion just days after Chiefs were fined for such scenes at FNB Stadium. Stars will be sitting back and putting their feet up tomorrow to see who they will face in the final between Maritzburg United and Mamelodi Sundowns. Great game of football game at Moses Mabhida. Let's deal with unsatisfactory much better Diski fans, the pitch invasion is not a great advert for South African football. Let's call it a night.