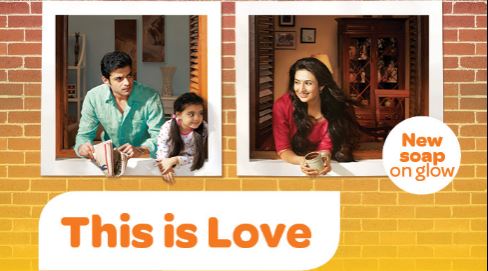 Coming up on This is Love this September 2017:

Rinki seems to be playing for both teams when it comes to Raman and his family. Will everything work out for her?

Raman praises his wife and daughter for their support during his speech. Meanwhile, Rinki tells Vishwa that she will lodge a complaint against Ashok.

Sarika is shocked when she sees Abhishek but manages to escape his sight. Meanwhile, Mr Bhalla announces Romi and Sarika’s marriage.

Sarika reveals that Abhishek is her cousin. Meanwhile, Ashok gets released from jail.

Raman organizes a bachelor party for Romi where the men insist on making Vishwa drunk. How will he feel about this?

Madhavi and Ishita are tricked into consuming alcohol. Meanwhile, Vishwa wakes up with a tattoo on his chest and Bala notices that he has a broken tooth.

Raman slaps Pathak for buying alcohol from a stranger. Meanwhile, all the main men are late for the sangeet ceremony.

Abhishek and Mihika start off with a performance at the Sangeet as Raman and Ishita follow. Are they about to dance as a couple?

The Bhalla men apologize to their wives for their mistake, whilst Manoj apologizes to Shagun for his misbehaviour.

Ishita finds out that she may have a few complications which will not allow her to carry a baby. Meanwhile, the families celebrate as Romi and Sarika get married.

Raman is shattered when a nurse breaks the news to him about Ishita’s pregnancy. Meanwhile, Ishita welcomes Sarika into the Bhalla house.

Manoj talks to Shagun about Ishita and Raman’s situation. What could they be up to?

Ruhi prays for Ishita when she overhears a conversation. Is Ishita about to find out that she is pregnant?

Dr Manoj wants Ishita to keep her pregnancy a secret. Will she tell Raman?

Ruhi is about to spill the beans to the whole family. How will Ishita deal with this?

Ishita is overwhelmed by Raman’s concern for her. Meanwhile, Bala wants to spice up his married life. What will he do?

Shagun saves Aditya from being hit by a car. Meanwhile, Aditya gets annoyed when he is not allowed to eat Ishita’s parathas.

Ishita stops Aditya from engaging in a violent fight with a class mate. How will he deal with his anger?

Aditya saves Ishita from an accident but she requests him to keep it a secret. Will the family eventually find out?

Raman and Ishita share romantic moments in the bus which Chand has planted an explosive. Will they manage to make it out in time?

Shagun tries to get a hold of Aditya when she finds out that his life is in danger. Meanwhile, the bus driver tells everyone about the bomb.

Raman jumps out of the bus with Aditya and Ruhi. What will happen to Ishita?

Chand tells Abhishek that Ashok had asked him to plant the bomb. Meanwhile, Ishita loses her unborn child. How will the family bear the pain?

Raman tells Ishita that she has lost her child whilst he tries to cheer her up. How will she handle the news?

Manoj tells Raman about the option of surrogacy. How will he feel about this?

A drunken Raman takes out his anger on Ashok for trying to humiliate him.  Is he about to get arrested?

Ashok sets up a trap for Shagun and Raman. Meanwhile, Raman insists that Ishita tries out a surrogate mother.

Ashok plans to kill Ishita. What is he about to do?

Ashok finds out that the killer assaulted Simmi whilst Ishita signs the surrogacy forms. Is Omprakash about to assault Param?

Ishita is put in a situation where she has to tell Raman the truth about Rinki’s affair. How will he handle the heat?

Raman tries to prove his innocence to Ishita. Meanwhile, Shagun slaps Laxmi when she tries to bribe her.

The Bhalla’s are filled with sorrow when they find out that Rinki has passed on. ACP and Ishita suspect Mihir of killing her. Could this be true?

Raman assaults Mihir for changing his name and staying in Delhi. Will someone be able to prove Mihir’s innocence?

Shagun’s big secret is revealed. Is she pregnant?

Raman is delighted to find out that Shagun is pregnant but everything changes when Ishita finds out that Raman has been to Shagun’s home.

Simi tells Ishita to join the gym so that she can lose some weight, whilst Aditya praises Ishita’s looks.


Premiere episodes of This is Love air on Glow TV from Mondays to Fridays at 19h00 and 19h30.

Why I Chose to Be Vaccinated Against …
Culturing hanginan, another commercia…


This post first appeared on The Edge Search, please read the originial post: here
People also like
Why I Chose to Be Vaccinated Against COVID-19
Culturing hanginan, another commercially important sea cucumber species in the Philippines