Sissoko to Newcatle would be goof for Spurs 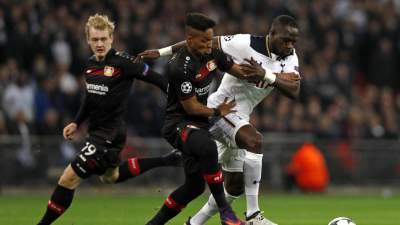 Now that would suit us, we could charge them his initial transfer fee which would mean he wouldn't have cost us anything.

Sissoko has been a flop since he joined us and we will no doubt be glad to get his wages off the bill considering he isn't earning them. His performances in training haven't been to the standard we expect, Pochettino has publicly told us that.

Of course people have already started to talk about a cut-price deal, but that assumes a £30 million transfer to Tottenham, which we now know isn't accurate. I'd expect us to be looking for £17-18 million although I wouldn't be surprised if we were asking £20 million. However we do need him off the books so we can not price him out of a move. His transfer fee will be agreed in consultation with his agent who will know what clubs are prepared to pay in order to acquire his services.

It is in our best interest to help his agent in any way we can, but we will be wanting to cover our costs. PSG could be interested because he is French, but few Italian teams would afford his wages so a Premier League stay looks more likely.

More from THBN you may have missed
Flop Mitchell to PSG, what has that got to do with Dele Alli?
Zokora and Mukena
Alderweireld and Walker
Showboating versus Substance

Sissoko to Newcatle would be goof for Spurs