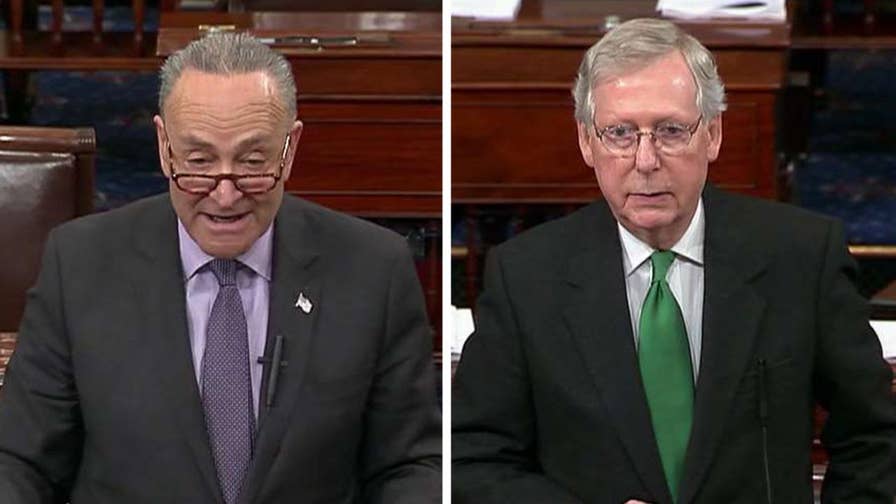 The new spending Deal would shower both the Pentagon and domestic programs with almost $300 billion above existing limits; Mike Emanuel explains on 'Special Report.'

GOP’s fiscal hawks came out Wednesday against the bipartisan Budget deal that increases government spending by $300 billion, calling it a “monstrosity” and potentially derailing the last-ditch attempt to prevent another government shutdown Thursday midnight.

U.S. Senate leaders on both sides clinched an agreement Wednesday that would increase spending on the Pentagon and domestic programs with an extra $300 billion over the next two years.

The agreement allocates – in addition to over $160 billion extra for the military over two years – $20 billion for infrastructure projects, $6 billion for fighting the opioid epidemic and improving mental health services, and $4 billion for veteran services, among other measures.

The tentative deal came just a day before another government shutdown is set to kick in Thursday at midnight. Senate leaders hope to approve the measure Thursday and send it to the House for a confirming vote.

But the spending bill is facing tough opposition in the House, where fiscally conservative Republicans see the deal a betrayal of the party’s long tradition of small government.

'It makes no sense'

Freedom Caucus leader, U.S. Rep. Jim Jordan of Ohio, said it was hard to believe the GOP agreed to the plan, describing it as a “monstrosity.”

Republican Ohio Rep. Jim Jordan came out against the budget deal, calling it a "monstrosity."

“Republicans control government and are going to allow a spending increase of a quarter of a trillion dollars, second only in the past decade to the Obama spending stimulus boondoggle? And run a $1 trillion deficit? It makes no sense. And it’s certainly not what we told the American people we would do when they elected us.” 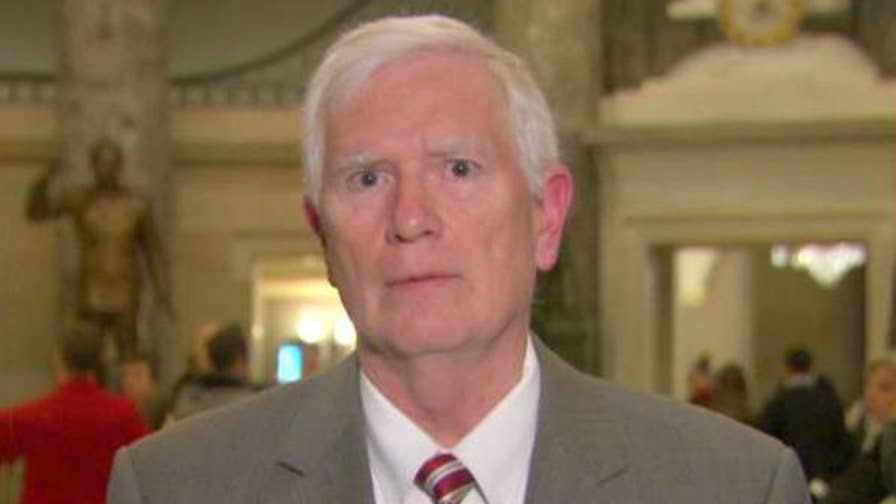 Last year, however, Jordan defended President Donald Trump’s bipartisan budget deal, telling Fox News that although he was not a fan of the deal, the party had no other option than to strike a deal with Democratic leaders.

Alabama Republican Mo Brooks, meanwhile, stated he was “not only a no. I'm a hell no,” on voting for the bill he dubbed a "debt junkie's dream."

The House Freedom Caucus, which represents 31 seats in the House, took an official position to oppose the deal as it increases spending.

“Growing the size of government by 13 percent adds to the swamp instead of draining it. This is not what the American people sent us here to do,” the group’s statement says.

The group’s opposition might put another dent into its relationship with Trump, who expressed support for the bill, tweeting: “The Budget Agreement today is so important for our great Military. It ends the dangerous sequester and gives Secretary Mattis what he needs to keep America Great. Republicans and Democrats must support our troops and support this Bill!”

Trump has attacked the Freedom Caucus on multiple occasions in the past, once blaming the group for “snatch (in) defeat from the jaws of victory” after a failed attempt to repeal the Obamacare in March and later urging people to “fight them” along with Democrats in 2018.

“The Freedom Caucus will hurt the entire Republican agenda if they don't get on the team, & fast. We must fight them, & Dems, in 2018!” he tweeted.

But the House Freedom Caucus will be not alone in opposing the budget measure. Members of the House Republican Study Committee, a group of more than 160 conservative members, also expressed worries about the bill, with some openly opposing the deal at a GOP conference meeting Wednesday, Politico reported.

The opposition from the GOP’s budget hawks might prove to be fatal to the bill unless it gains support among House Democrats. A group of progressive Democrats, however, also came out against the deal for not addressing the issue of the so-called “Dreamers” – illegal immigrants who were brought to the U.S. as children.

Minority Leader Nancy Pelosi, D-Calif., spent hours on the House floor Wednesday, demanding action on the Obama-era DACA program, although Democrats insisted that Pelosi’s public talkathon was not a rallying call to oppose the budget deal.

This post first appeared on Shareabler, please read the originial post: here
People also like
Two AMAZING events at Royal Arsenal Riverside and Kidbrooke Village this Platinum Jubilee bank holiday weekend!
NBA Jam Game Comparison
Beard Bib – Solution For Messy Grooming
What would happen to a modern-day Moses in America?
Firebird – Making Of Story
How Long after Botox Can Your Patients Get a Facial?
KISS USA – 20% discount on Bare But Better nude nails
The Best Romantic Honeymoon Destinations in the United States