Gov. Andrew Cuomo wants to sue the government over the tax law.

New York Democratic Gov. Andrew Cuomo announced Friday that a coalition of East Coast States will sue the federal government over the Trump-signed tax overhaul, in the latest bid to undermine the law that Republicans have cheered.

A Guide To Visiting Antigua, Guatemal…
What would happen to a modern-day Mos…
Newchic – Up to 20% off Men’s Spring-…

The states — New York, New Jersey and Connecticut — appear to be taking aim at a provision that limits residents' state and local tax deduction (SALT) to $10,000. While the law contains sweeping tax rate cuts for businesses and individuals, taxpayers in high-tax states like those in the Northeast are expected to take a hit from the SALT change.

Cuomo called it an "economic missile."

"The elimination of full state and local deductibility is a blatantly partisan and unlawful attack on New York that uses our hardworking families and tax dollars as a piggy bank to pay for tax cuts for corporations and other states,” Cuomo said in a statement. “This coalition will take the federal government to court to protect our residents from this assault."

A press release from Cuomo’s office claimed that the elimination of full SALT deductibility will cost New York $14.3 billion.

"Capping the State and Local Tax deduction had nothing to do with sound policy," Murphy said. "It is a clear and politically motivated punishment of blue states — like New Jersey and our neighbors —who already pay far more to the federal government than we receive.”

The lawsuit is just the latest attempt by Democratic governors and other high-profile lawmakers to thwart the tax bill. While a number of major companies have announced bonuses tied to the bill, and firms across America are preparing to revise their income tax withholding for workers, Democrats also have downplayed gains for average Americans as "crumbs."

Cuomo has separately floated the possibility of largely ending the personal income tax in his state, instead imposing an employer-side payroll tax that's deductible on federal taxes. This would ease the impact of the SALT cap for employees, though companies would likely adjust wages – which could be offset with a credit.

California officials have also raised the possibility of letting residents donate to the state budget, and in return get a dollar-for-dollar tax credit on the full amount of the contribution. Taxpayers would then be able to deduct that ‘charitable’ contribution from their federal taxes, making up for any loss from the SALT cap.

Cuomo's lawsuit announcement did not specify a particular legal avenue of attack, though such a suit could claim the law violates the 14th Amendment by targeting certain classes of people — namely those living in high-tax states.

Cornell University Professor Michael Dorf, in an article for Verdict in December, argued that the law could be deemed unconstitutional if a court found that it targeted Democratic states deliberately — but concluded that such a finding was unlikely. 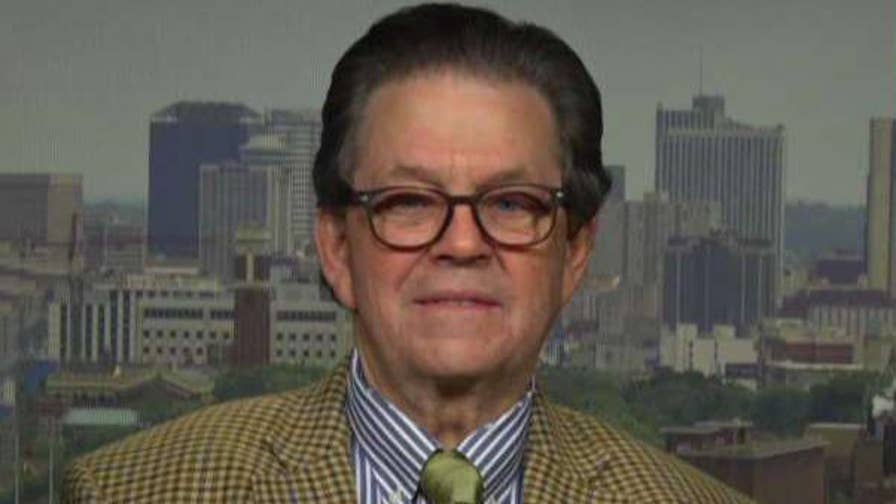 While he claimed Trump acted in a “crassly partisan manner” by shifting tax burdens to blue states, he noted many laws affect states differently, such as solar panel subsidies affecting states with more or less sunshine.

“The question, therefore, is not whether the new cap on SALT deductibility disfavors taxpayers in blue states relative to the prior provision. It clearly does that. The question is whether that differential impact resulted from an invidious congressional motive,” he wrote, before concluding that the courts “probably won’t” rule that way.

Such attempts to dodge the new law are unlikely to be greeted favorably by Republicans or the Trump administration. Treasury Secretary Steven Mnuchin recently told reporters at the White House: “I hope that the states are more focused on cutting their budgets and giving tax cuts to their people in their states than they are on trying to evade the law.”

Fred Lucas contributed to this report.

Adam Shaw is a Politics Reporter and occasional Opinion writer for FoxNews.com. He can be reached here or on Twitter: @AdamShawNY.

This post first appeared on Shareabler, please read the originial post: here
People also like
A Guide To Visiting Antigua, Guatemala: The Best 5 Things To Do And See
What would happen to a modern-day Moses in America?
Newchic – Up to 20% off Men’s Spring-Summer Fashion