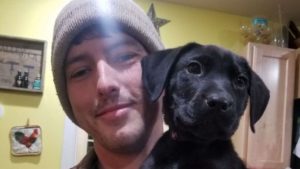 Puppy Emerson’s life got off to a very rough start. He experienced a shelter, a rescue, seizures, treatment for a parvovirus infection, and the realization that he was Deaf – all at around just 6 weeks old. Emerson beat the odds in every imaginable way, but he really hit the jackpot when he met his forever father, Nick Abbott.

Is Self-Help a Scam
BuzzFeed Editor, Lara Parker, Uses Ca…
Ethereum on its Last Rope?
How to Love Mondays and The Rest of T…
Best Story-Rich Games on PC: November… 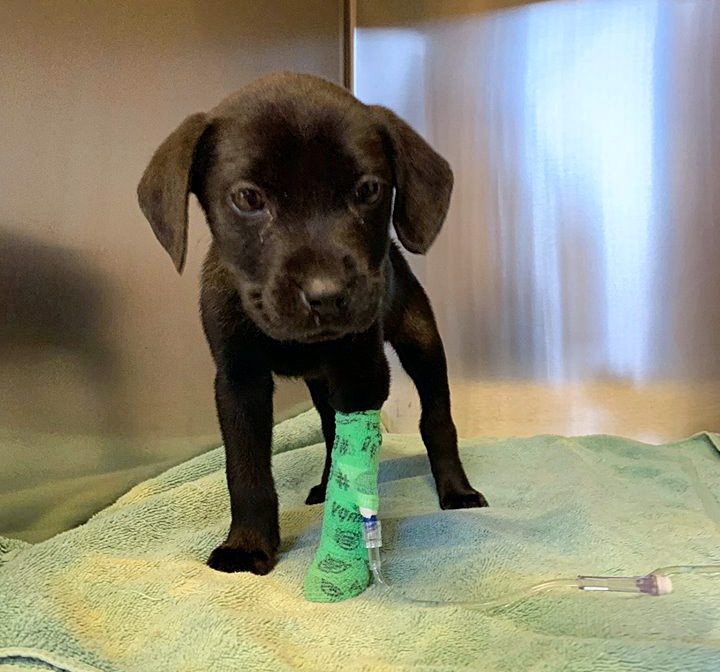 Abbott happened to see a Facebook post about Emerson from rescue group, NFR Maine. He immediately felt a connection to the adorable little solid black pup. You see, Abbott and Emerson have something very special in common. Just like Emerson, Nick is deaf.

Nick brought Emerson home and he fit right in with whole family, dogs and humans alike. Nick dove right in and started using hand signals to teach Emerson basic commands. He proved to be an eager pupil and one smart cookie, too,  catching on quickly to each signal Nick introduced.

People sometimes think that deaf dogs don’t bark, which is most definitely a myth. Deaf dogs can bark just as loudly and for many of the same reasons that hearing dogs bark. Abbott trained Emerson to “speak” by using a a super clever signal. He reaches up and shakes his earlobe as if to say, “hit me with your best bark!” When he lets it rip, its squeaky puppiness is heart melting.

Nothing warms the heart like a pup and a human finding an ideal match in each other. Nick and Emerson are the perfect pair and the world is a better place because of them being together. If Emerson and Nick’s story speaks to you, consider adopting a deaf dog yourself to  enjoy stress-free thunderstorms  and a unique experience learning to communicate with your new best friend. 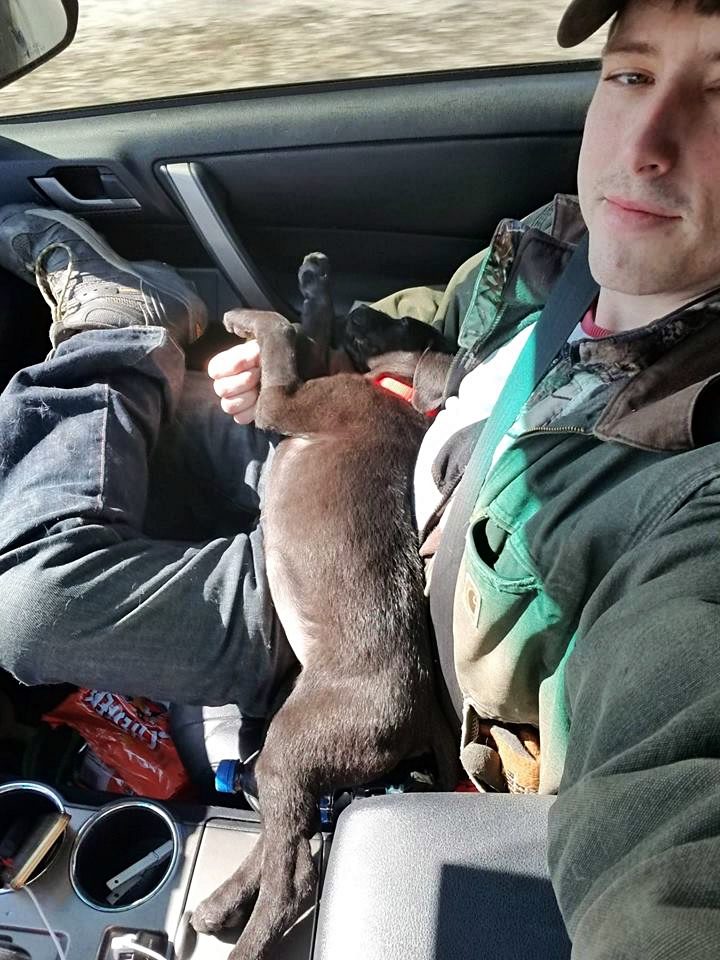 Although deafness in dogs is very rare when compared across all breeds, some breeds have a  significant occurrence. Dalmatians, for example, have a 28% occurrence of deafness compared to only 0.2% across all breeds. Families who have deaf human or dog members frequently turn to established sign languages, such as ASL, or make up their own hand signals to communicate with one another.

A white boxer named Boombox was 8 years old and having a tough time finding her forever home because she was deaf. A hearing couple found her online and fell in love with her mismatched eyes and beautiful coat. Once they brought her home and had her examined by their local vet they were shocked to learn that Boombox already had a wide sign language vocabulary. If the vet hadn’t thought to just give it a go, the couple might not have ever known they had a way to speak to Boombox.

The post Deaf Man Adopts Suffering Deaf Rescue Puppy – You Have To See How They Communicate appeared first on iHeartDogs.com.

The post Deaf Man Adopts Suffering Deaf Rescue Puppy – You Have To See How They Communicate appeared first on Dog Gifts Store.