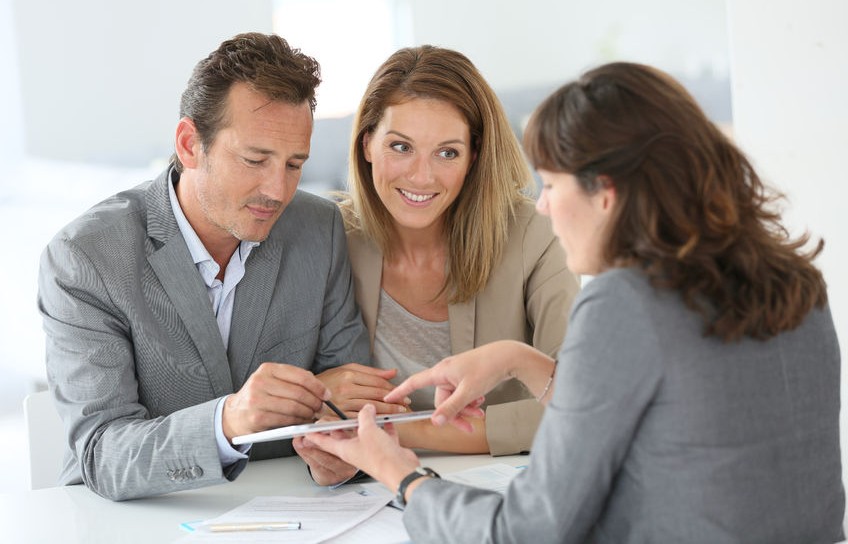 Karen Wiesner: I Have Dreamed a Littl…
Top 10 Biggest Blackjack Jackpots
7 Reasons Why You Should Hire A Femal…
Celebrating National Nurses Day
How to Get Rid of Ants

Good negotiating skills are essential to the success of your home business. It’s important to realize that a negotiated dollar is a bottom line profit, not a gross revenue dollar. All of your expenses are going to stay the same whether you negotiate well or not. The fun parts of negotiating are the tactics: Using them and recognizing them when they are used on you. Here are my top 20 negotiating tactics. See how much money you can make when you use them!

TACTIC ONE: Never Say “Yes” to Their First Offer. When you say “Yes” to the first offer, you automatically trigger two reactions in the other person’s mind: Reaction One: We could have done better: If they are eager to accept our first Proposal, we could have gotten more.

Reaction Two: Something must be wrong. If they are saying “Yes” to a proposal that we didn’t think they would. There must be something going on that we don’t understand.

TACTIC TWO: Ask For More Than You Expect to Get. International negotiators call this the key to success at the bargaining table. It’s deceptively simple, but there are many profound reasons for doing it:

– You might just get what you’re asking for, and the only way you can find out is to ask.
– It creates some negotiating room. This makes it easier to get what you really want.
– When you’re selling, it raises the perceived value of your product or service.
– It creates a climate where the other person can have a win with you.
– It prevents deadlocks when dealing with an egotistical negotiator who is determined to have a win with you.

TACTIC THREE: Bracket Your Objective. Assume that you will end up midway between the two opening negotiating positions. It’s not always true that you’ll end up at the midpoint, but it’s a very good assumption to make.

TACTIC FOUR: Options Give You Power. This principle underlies all power in a negotiation. The side that has the most options has the most power. Work to let the other side know that you have options. Limit their perception of options by positioning yourself as different from your competitors.

TACTIC FIVE: Flinch at the Other Side’s Proposal. This is the number one mistake that poor negotiators make. They don’t flinch at the other side’s proposal. Always react with shock and surprise that they would have the nerve to ask you for a concession.

TACTIC SIX: Play Reluctant Buyer. When you are buying, you can squeeze the seller’s negotiating range with this three-stage tactic:

Stage One: Listen very carefully to their proposal and ask all the questions you can think of.

Stage Two: Tell them that you appreciate all the time that they have taken with you, but tell them it’s not exactly what you’re looking for.

Stage Three: At the last moment, call them back and say, “Just to be fair to you, what is the very lowest price you would take?”

TACTIC SEVEN: Use the Vise Technique. Listen carefully to the seller’s proposal and then say, “I’m sorry, you’ll have to do better than that.” Then be quiet! The next person to talk loses. The next person to open their mouth will make a concession.

TACTIC EIGHT: Taper Down the Size of Your Concessions. The size of your concessions can create a pattern of expectations in the other person’s mind. If each concession is bigger than the one you’ve made before, you encourage the other side to extend the negotiations.

TACTIC NINE: Patience is a Virtue to a Negotiator. The longer that you can keep the other side in a negotiation, the more chance you have of getting what you want. When you’re beginning to think that the other side will never come around to your point-of-view, think of the tiny tug boats that can move those huge ocean liners around — if they do it a little bit at a time.

TACTIC ELEVEN: Retain your Resort to Higher Authority. Don’t let the other side know that you can make a decision in the negotiation. Tell them that you have a higher authority that has to approve the final deal. You can put a lot of pressure on the other side without creating confrontation by blaming your higher authority. “I can never sell this to my people at this price. You’ll have to give me a better price.”

TACTIC TWELVE: Never Offer to Split the Difference. Instead, try to get the other side to offer to split the difference. “How far apart on this are we? We’re not that far apart. There must be some middle ground on which we can both agree.” When they offer to split the difference, you can reluctantly agree to their proposal, which services their perception that they won.

TACTIC THIRTEEN: Look Out for People Nibbling on You. You are most vulnerable when you think that the negotiation is all resolved. You have probably been the victim of a Nibble. You’ve been selling a car or a boat. The pressure and the tension of the negotiations have faded away. Just as they’re about to sign their name on the check, they say, “That does include a full tank of gas, doesn’t it?”

TACTIC FOURTEEN: Don’t Let Other People Give You Their Problems. International negotiators will tell you that when the other side tries to give you what is essentially their problems, you must test for validity right away. They tell you, “We just don’t have that much in the budget.” Test for validity. Ask them, “Who has the authority to exceed the budget?”

TACTIC FIFTEEN: Handle Impasses with the Set-Aside Gambit. If you are a long way apart on an issue, set that issue aside and create momentum by reaching agreement on smaller issues.

TACTIC SIXTEEN: Only a Mediator or Arbitrator Can Resolve a Deadlock. A deadlock is when neither side sees any point in talking because past meetings have not changed either side’s position. Only a mediator or an arbitrator can resolve a deadlock. You need to bring in a third party. To be effective, the third party must be perceived as neutral.

TACTIC SEVENTEEN: When You’re Asked for a Small Concession, Ask for Something in Return. Say, “If we can do that for you, what can you do for us?” Often they will make a concession to you, and you will be pleasantly surprised at the size of the concession.

TACTIC EIGHTEEN: Look Out for Good Guy / Bad Guy. Whenever you are negotiating with two people, look out for them using this tactic on you. One of them appears to be mean, tough, and totally opposed to your proposal. The other is warm, friendly, and very sympathetic to your proposal.

TACTIC NINETEEN: Always Make the Second Effort. Perhaps the other side is agreeing to your core proposal but is balking at the expensive extras. Understand what goes on in people’s minds when they make a decision. They fight the decision up to the point when they make it. Then their minds do a flip-flop, and they want to do things to reinforce the decision that they made earlier.

TACTIC TWENTY: Project that You’re Prepared to Walk Away. The number one pressure point in negotiations is your ability to project that you are prepared to walk away if you can’t get what you want. You have fallen in love with the car or home for which you’re negotiating and the seller knows it. Before you go into negotiations, research your options and let the other know that you have options. It doesn’t mean that you won’t get the one that you want. It does mean that you’ll be a more powerful negotiator, because the other person will sense that you have options, and that gives you power.

This post first appeared on INTERNET MARKETING AND MAKING MONEY ONLINE – MAK, please read the originial post: here
People also like
Karen Wiesner: I Have Dreamed a Little Dream (Authors and Dream Inspiration), Part 1
Top 10 Biggest Blackjack Jackpots
7 Reasons Why You Should Hire A Female Divorce Attorney
Celebrating National Nurses Day
How to Get Rid of Ants
How to Know if You Have a Strong-Willed Child (+ free quiz)
Crackpot Cryptography and Security Theater
3 Ways Bias Exists in Your Thinking
What You See May Not Be What You Get