How DAOs Are Reshaping Investment 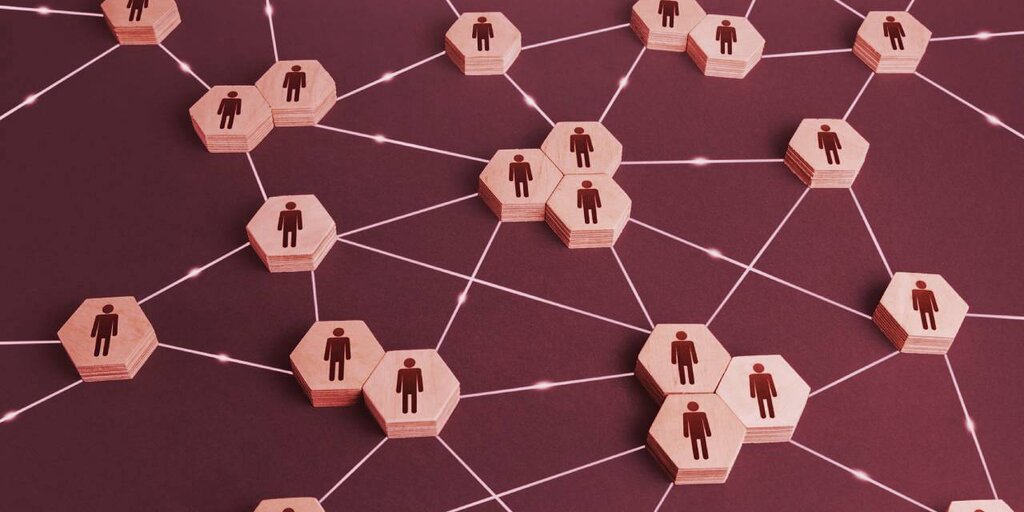 Within 20 minutes of its crowdfunding round going live on token launchpad MISO earlier this week, BitDAO, a decentralized autonomous organization (DAO,) backed by Singapore-based derivatives exchange Bybit, had raised $230 million from 2,497 investors.

By the time the sale ended, the project was richer by $365 million, much of which will be used to invest in decentralized finance (DeFi) and other crypto projects.

Add that to the $230 million raised on BitDAO's June launch—in a fundraising round led by Peter Thiel, Founders Fund, Pantera Capital and others—and the BitDAO treasury is on course to become one of the largest pools of assets controlled by a DAO.

It’s just the latest example of funds pouring into Daos, which are quickly becoming the Gen Z investment tool of choice. Over $8 billion is currently held by DAOs according to tracker DeepDAO, and even Moneyweek has declared the 2020s “the decade of the DAO.”

What are investment DAOs?

Traditional funding organizations are often hierarchical, elitist, localized, and not very transparent. DAOs are the antithesis of this, made up of loose grassroots networks with anything from a handful to thousands of participants.

Radical transparency and anonymity are the norm. DAOs have no company HQ, or formal organization at the center—and consequently no one point of failure. Rules are written in open source code, and the decision-making processes are encoded into smart contracts which execute autonomously on a blockchain. Crucially, DAOs are designed to exist as communities that operate globally, which means a much bigger, richer playing field.

What Is a Decentralized Autonomous Organization (DAO)?

“If we want to turn our business from billions to trillions, we cannot exist in a company-form, but a ‘social phenomena form,’” Ben Zhou, co-founder and CEO of Bybit, told Decrypt back in June.

But this novel concept had a rocky start. In 2016, the first DAO suffered a major hack, and enthusiasm for the concept dived—until not-for-profit funding platform MolochDAO re-popularized it.

Its model is expressly designed to minimize the possibility of an attack, and has now been forked many times to create for-profit DAOs which distribute and transfer assets between members.

A cartel of $PEEPS that aim to plz

This is our story

Metacartel Ventures and the LAO are two examples of investment DAOs; the recent non-fungible token (NFT) boom has also seen collector DAOs such as PleasrDAO and FlamingoDAO, which buy up digital artwork on behalf of participants, flourish. But there are many more.

How do investment DAOs work?

DAO participants use the entity’s own governance tokens to vote on which projects to invest in. An investment DAO will also have an address, which holds all of its assets in a multi-sig wallet, used to allocate capital in a very fluid way.

The aim is a laudable one: to encourage a healthy venture capital ecosystem that provides Web3 projects with easy access to funding and help the technology to flourish. It also means that experts working with these cutting-edge technologies have the opportunity to invest in the same advancements.

“Web 3.0 projects need support in the long term. We think a Web 3.0-specific investment model will fit in these spaces,” said Toshi Kamei, cofounder of Fracton Ventures. The Japanese startup is keen to emulate the success of MetaCartel and the LAO.

To simplify and secure the process of establishing a DAO, there are a growing number of DAO-creation platforms including Aragon, Colony, Gnosis Safe, Moloch, and DAOStack.

And owning more tokens doesn’t necessarily mean that someone has a bigger vote in some DAOs. Take Komorebi Collective, a DAO focused on funding female and non-binary crypto founders; the impact of a member's vote can increase based on the amount they have contributed to the project, and the outcome of a vote can be based on the degree of participation as well as voting preference.

DAO designers have learned many lessons from the first DAO hack, and the turbo-charged fundraising that characterized the ICO era, which alerted regulators and tainted the fledgling crypto ecosystem.

Some DAO projects, such as Metacartel Ventures, are registered as limited liability companies (LLCs) in crypto-friendly Delaware, in a bid to stay compliant with U.S. securities laws. But a bill recently enacted in Wyoming now grants DAOs the legal status currently enjoyed by traditional corporations. Other states could soon follow suit. "It should let a million—if not a billion—DAOs blossom," said Aaron Wright, founder of the LAO, a DAO that’s attracted $25 million in funding and has baked-in legal protections.

But legal minefields abound, especially in relation to token projects that might be deemed to be securities in the U.S. “If you have a very flat, non-hierarchical organization, where ownership and decision making is very participatory, and all the information related to the organization is available, I, personally, make a strong argument that those interests should not be considered securities,” said Wright.

In order not to run afoul of the law, DAOs have often limited participation to accredited investors, or have limited membership to only 99 participants in total.

However, DAO members and other DeFi community members are marshaling forces to protect the industry from future legal threats. Last week, the DAO behind yield maximizer Yearn Finance launched a legal task force, the LeXpunKArmy, and others are following in its wake.

DAOs are still in the first stages of their evolution, and the prospects of new models of community ownership and governance are exciting. They hold the promise of a future Internet that’s more community-oriented and participatory.

New tools make the process of setting up and participating in DAOs ever more user-friendly. Protocols such as Vocdoni and Snapshot offer digital voting solutions which don’t require participants to pay pricey fees to go on-chain to vote. Digital assets startup Messari has launched an “Uber for DAOs” to make it easier for members to contribute human capital. And investing platform Syndicate Protocol is aiming to make it easier for people to create DAOs by lowering the amount of capital needed to get started to as little as $500.

These advances could encourage new types of DAOs, with members providing specialized services and leveraging economies of scales, accelerating the provision of services to the entire ecosystem.

The Defiant contributor and DeFi Rate editor Cooper Turley described DAOs as “Internet communities with a shared cap table and a bank account.” Today there are over 100 DAOs managing millions of dollars in assets. “We’re seeing a lot of DAOs raise capital to a community-owned bank account and use that capital to pay people in the same way you would a company, except it’s all being done on-chain by crypto tooling,” he said on a recent edition of the Alt Asset Allocation Podcast.

The concept introduces some interesting questions, such as how a DAO’s underlying token should be valued. José Nuno Sousa Pinto, chief legal officer for Aragon, one of the first DAO-creation platforms, told Decrypt that, after the tokenization of assets, the next trend will be the tokenization of companies. But this won’t involve regular shares. Instead, there will be tokens, which can be traded on different markets, and which correspond to different types of participation—or stakes—in the company.

Syndicate protocol founder Ian Lee believes that joining a DAO, or community, will be much like staking your allegiance to a digital tribe and enjoying the status that comes with that.

"We believe [the] DAO will play a starring role as the world makes the shift to Web 3.0."

The vision is a powerful one. By democratizing investment and blending it with social networking, DAOs stand to empower and enrich the ecosystem they emerged from—in an even more dramatic way than Spotify changed music and YouTube disrupted TV.

“We believe [the] DAO will play a starring role as the world makes the shift to Web 3.0, paving the way for fully decentralized companies that can secure the same levels of significance and influence that centralized tech giants currently enjoy in the Web 2.0 world,” Jademont Zheng, a partner at China-based Waterdrip Capital, which backs DAO-creation platform Metis, told Decrypt.

No wonder then, that so many in the Industry say: “Let’s DAO it.

This post was created in partnership with Saidler & Co.

Beard Bib – Solution For Messy Groomi…
6 Things You Need to Do to Engage You…
5 Reasons Why Will Smith Inu Token is…
The U.S. and Israel: Three Tragic Ver…
Russian forces close in on Ukraine ca…


This post first appeared on Passive Income With NFTs, please read the originial post: here
People also like
Beard Bib – Solution For Messy Grooming
6 Things You Need to Do to Engage Your Gen Y & Z Employees
5 Reasons Why Will Smith Inu Token is Not A Good Investment
The U.S. and Israel: Three Tragic Verses – One Unavoidable Conclusion.
Russian forces close in on Ukraine capital
How Real Estate Companies Are Growing With Blockchain Technology?
InRento – Investieren Sie in Immobilien

How DAOs Are Reshaping Investment