10 ways for stopping the corruption in the Philippines 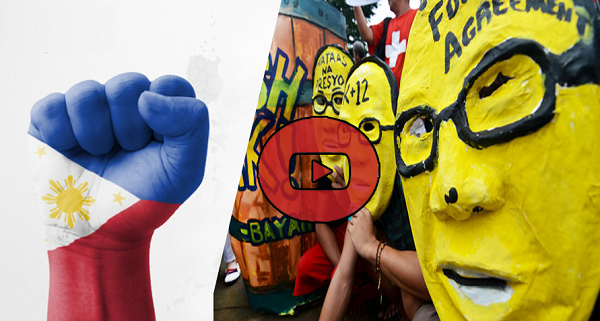 Stopping Corruption in any place on a large scale is next to impossible. However, for how long can we expect to let this carry on in our countries? It halts progress and destroys the lives of many. As far as the Philippines are concerned, here are some potential ways to stop this corruption.

MICRO BUSINESSES
Top 10 best places to visit in Lagos …
Top 10 Best Sites Like GoStream To Wa…
Top 8 Primewire Alternatives To Watch…
Batman vs The Predator I An fine exam…
Punishing Vote Sellers
Corrupt voters are the root of everything when it comes to corruption. As such, it must be stopped and put to rest even before it gets a chance to begin i.e. during the election beginning. A prison sentence is a good way of going about it.
Better Integrity
Despite several good laws existing in the Philippines Government, corruption still exists because of the lack of integrity among the officials who implement them. Improvement must be made in this regard.
Better Education
The only way there can be better politicians is if there is a better education system in place for teaching young kids the requirements to being someone of that stature.
Office Examination
Even the lowest ranking officers are prone to corruption. Although it is on a significantly smaller scale, it must be stopped for good if people want their country to make strides towards the greater good.
Official Assessment
Most of the politicians who are in power in the Philippines are filthy rich and live lavish lives. The source of their income should be inquired into and laid bare open for the public to see as well.
Better Auditing
There exists a commission dedicated to examining and reporting the frauds which take place inside the government. However, the job is not being done efficiently. As such, a new and improved system is required as soon as possible.
Better Taxing Mechanisms

There are tonnes of rich businessmen and powerful people who are capable of evading the tax system in their respective countries. The Philippines are no exception and hence, the tax system employed must have strict rules and regulations.
Reducing Officials
This is more of a last resort rather than anything else. If all else fails, drastically reducing the number of government officials should be proportional to the amount of corruption gotten rid of.
Corporation Regulation
The commission responsible for keeping the corporations and their respective partnerships in check is the SEC. In order to prevent any corruption from increasing or spreading further, they should make stricter rules and regulations.
Bill Implementation
The latest freedom of information bill (FOI Bill)  is one of the best solutions for fighting corruption in the Philippines. However, its success depends completely on the way it is implemented.
SEE ALSO:

10 ways for stopping the corruption in the Philippines