N11.5 Billion Fraud: Alao Akala, two others failed to get application for stay 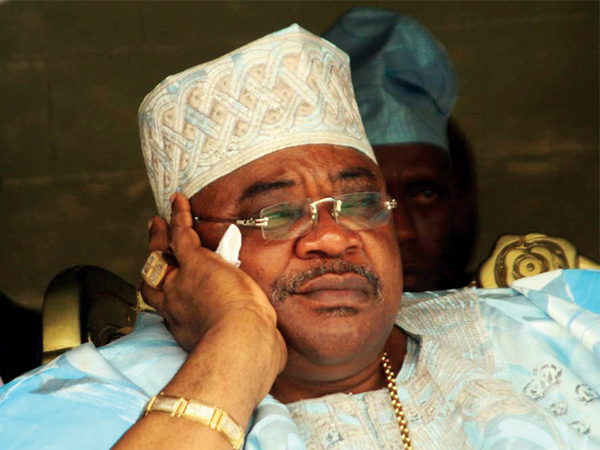 Justice M. L. Owolabi of the Oyo State High Court 15 sitting in Iyaganku, Ibadan on Monday, June 4, 2018 refused and dismissed an application for stay of proceedings, pending the outcome of an appeal at the Supreme Court by a former governor of Oyo State, Otunba Adebayo Christopher Alao-Akala and the Chief Executive Officer of Pentagon Consults,  Olufemi Ademola Babalola.

In his ruling, Justice Owolabi said “stay of proceedings will do more damage to the case which has been pending since 2011 and ordered the prosecution to assemble all its witnesses at the next date”.


Alao-Akala alongside the former Commissioner for Local Government and Chieftaincy Affairs, Hon. Hosea Ayoola Agboola and a contractor and Chief Executive Officer of Pentagon Consults, Mr Olufemi Ademola Babalola are standing trial on offences bordering on alleged criminal  conspiracy and fraudulent practices to the tune of N11.5 billion.

They were earlier arraigned on an11-counts charge and they all pleaded not guilty to each count of charge preferred against them by the Economic and Financial Crimes Commission, EFCC.

However, after arraignment, their trial was stalled following their applications to stay further proceedings/trial pending the determination of their appeals at the Supreme Court by counsel to the first and third defendants, A.O. Afolabi (SAN) and A. Ogunwole (SAN) respectively filed on April 9, 2018.

Their motions were however opposed by the Prosecuting Counsel, Dr. Ben Ubi, relying on his written submissions on points of law and he urged the court to refuse the applications and rather order for accelerated hearing of the case in accordance with the spirit and intendment of the Administration of Criminal Justice Law of Oyo State, 2016 and Section 19(2)(b) of the Economic and Financial Crimes Commission(Establishment) Act, 2004.

The case was therefore adjourned to the 29th June and 3rd July, 2018 for trial.

N11.5 Billion Fraud: Alao Akala, two others failed to get application for stay