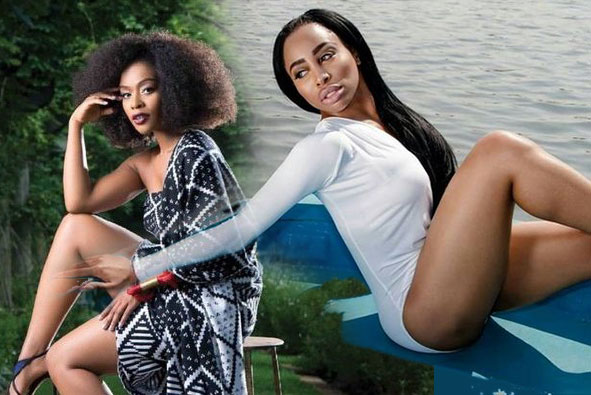 Nomzamo Mbatha and Khanyi Mbau sent viewers of e.tv’s popular drama series Umlilo into a meltdown during its latest episode, involving a very racy sex scene.
The pair were seen giving into their weeks of flirting, as they bared all in the shower, kissing and engaged in sexual activities during the steamy scene.
Much to their delight, fans quickly took to Twitter to voice their excitement, and subsequently, Umlilo landed on the trends list.

Now we know why God made today cold. He knew we’d have to deal with the furnace that #umlilo would bring via @NomzamoMbatha & @MbauReloaded
— Rami Chuene 1st Lady (@ramichuene) July 25, 2016

Carpenter Ants in House
A Furry’s Guide to Cryptocurrency
Culturing hanginan, another commercia…
What You Should Know About Disability…
Best Tips for Living Alone and Being …
— Lebogang Kgothadi (@LeboKgothadi) July 25, 2016

This post first appeared on The Edge Search, please read the originial post: here
People also like
Carpenter Ants in House
A Furry’s Guide to Cryptocurrency
Culturing hanginan, another commercially important sea cucumber species in the Philippines
What You Should Know About Disability Laws
Best Tips for Living Alone and Being Happy
الصعود إلى القمر
Luxury Click Vinyl Tile
Sex on Your Period – Reasons to Do It
Nomzamo Mbatha looks party perfect in pink outfit: Pictures