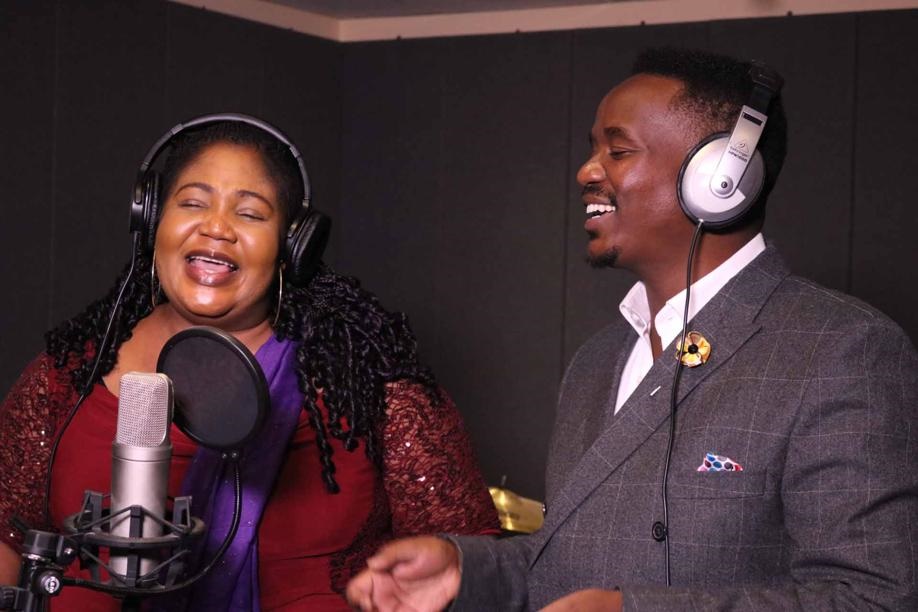 AWARD-WINNING gospel star Sfiso Ncwane’s hit song, Kulungile Baba, has cracked the hard shell of the Nigerian market!
Sunday Sun understands the Song has not only won many people’s hearts, but is also on high play rotation in Nigeria.
Due to popular demand, Music lovers and producers have requested that the song be translated into one of Nigeria’s languages called Igbo.
This has seen Nigerian singer Chinyere Udoma flying down to Mzansi for a Collaboration with our Sfiso.
The Bayede Baba hitmaker told Sunday Sun: “We’ve heard the song is a hit in Nigeria and they asked me to do it in their language.
“I feel honoured and this could be my ticket to the BET Awards hosted in the US next year.”
Sfiso said he likes the energy of the Nigerians.
Chinyere said she’ll do the song in her language and it will be titled Odigo-mma.
“This is a big project and it’s easy to work with Sifiso,” she said.
The song was released in 2011, and is still doing well on the music charts.
Sfiso and Chinyere are hoping to unite Mzansi and Nigeria through music.
A video for the song will be produced in English, as well as Igbo, before the 2015 National Peace Ambassador winner leaves for Lagos at the end of June.
The song will be available on iTunes for downloading at the beginning of July.
Sifiso will be releasing his 18th album titled Wethembekile Baba in July.
It will contain 17 songs.
At the end of July Sfiso will also do a national Thank You tour, thanking the nation for supporting him.
He’ll do live shows on 20 and 21 August in Harare and Bulawayo, in Zimbabwe.
In the same month, Sfiso will launch a collaboration of the song Nkosi Ngivikele, with Vee Mampenzeey, in Botswana.
Recently at the South African Music Awards, he won Best Selling Music Downloads of the Year, Best Selling Music Downloads Ringback Tones and Cappaso Best Selling Digital Downloads Composer.
The collaboration between Sifiso and Chinyere was produced at Light Sound Studio in Braamfontein, in Joburg.
Sfiso said this is not the first collaboration with an African artist, as he’s worked with the Zimbabwean Tatenda Mahachi on his song Ndinoda Jesu (Ngiyamuthanda uJesu) in 2015.
Source: dailysun