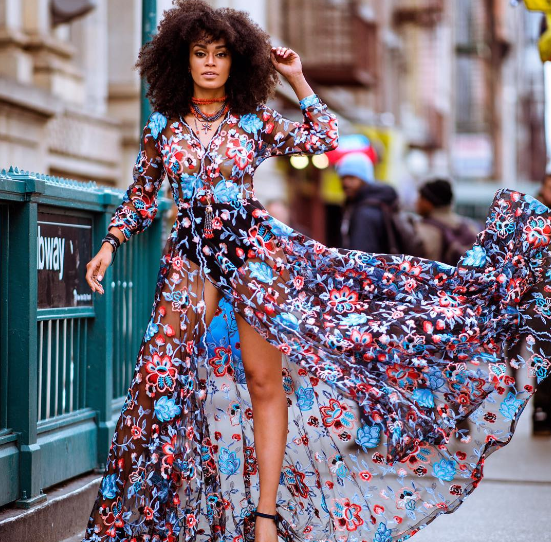 Another day another victim of crime in Mzansi. Actress Pearl Thusi is the latest victim to have survived an attempted armed robbery that could’ve gone horribly wrong without being hurt or robbed.
The actress took to Twitter explaining an incident she encountered in Braam Thursday night. The actress says an armed thug pulled a gun on her and demanded she gives him her phone or he shoots.

The actress says she is fine and grateful to be alive and unharmed.

Maybe he thought I can’t speak Zulu?! Maybe he was stressed that I didn’t freak out. Maybe he didn’t have bullets? Maybe Jesus said “not today Satan.” All I’m grateful for is to be alive and unscathed. 🙏🏽 .
Be careful everyone!!! ❤️
— #CATCHINGFEELINGS (@PearlThusi) April 5, 2018

Yes I did.
But I’ve worked with fake guns on movies and other shows so they don’t immediately freak me out. https://t.co/DA24rMaHGY
— #CATCHINGFEELINGS (@PearlThusi) April 5, 2018