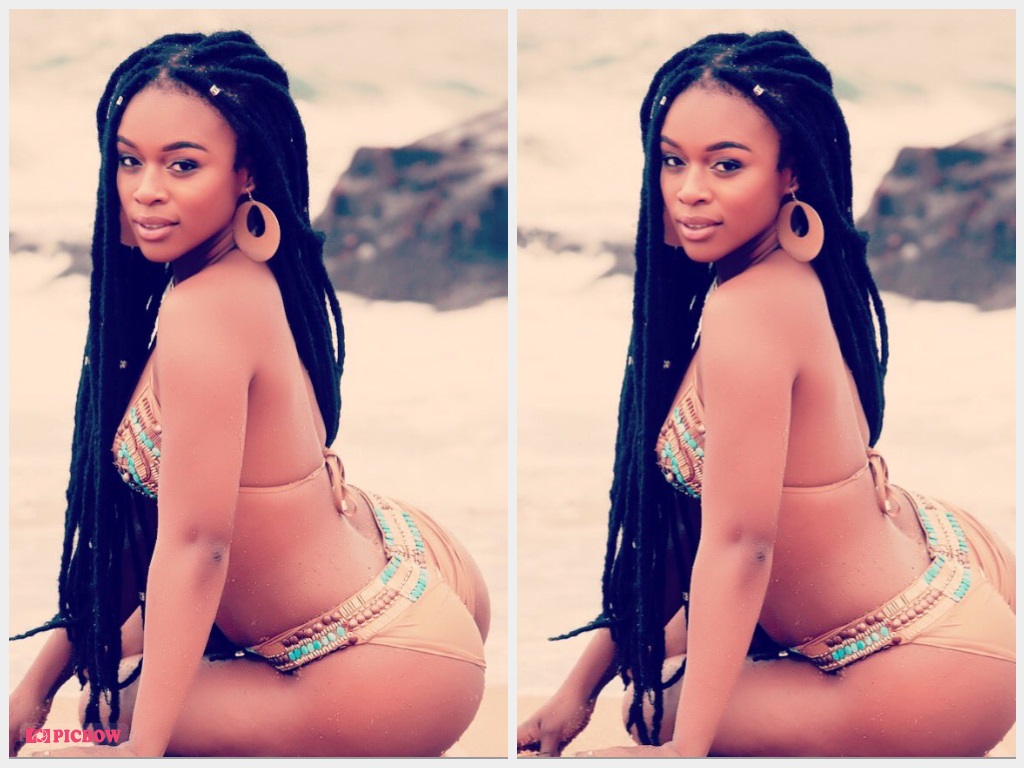 Damn Girl! Nomzamo’s Bikini Pic Shuts Down Social Media! Nomzamo Mbatha is one of the hottest women in entertainment across the whole continent and we love that she sneakily spices things up on social media.

On Friday, the actress took to twitter and Instagram sharing a hot photo of herself in a cute two piece bikini suit without any caption because you know, no caption is needed when Nomzamo is in a bikini.

The photo has since gotten over 17k likes on twitter and over 80k likes on Instagram. Check it out below.