AKA claims #RedBullCultureClash him and Tira slept with Babes Wodumo and calls Mampintsha a fat motherf*cker.

This past weekend saw 4 different stages/teams thrill crowds at the first ever South African Red Bull Culture Clash at Orlando Stadium in Soweto, South of Johannesburg.

The atmosphere was so electric that rapper, AKA, got so caught up in the battle spirit and dropped a 2Pac lyric from the 1996 chart-topper, "Hit 'Em Up" against his Culture Clash battle rival, Mampintsha.

Those who didn't make the connection to the song immediately took the lyrics as fact and assumed that this meant that he had slept with gqom musician, Babes Wodumo, who is Mampintsha's girlfriend in addition to body shaming the latter. Watch the moment below

AKA claims at the #RedBullCultureClash that him and Tira slept with Babes Wodumo and calls Mampintsha a fat motherf*cker. pic.twitter.com/OvHEx0Vj5l
— SAfrognews (@SAfrognews) September 24, 2017

Attack me and my woman, that's fine .... but don't drag people into this shit who have nothing to do with this shit!!!

Review: Harlis Sweetwater ‘Diesel Dir…
What We Learned from the IIA’s Webina…
— AKA (@akaworldwide) September 24, 2017

Hawu now AKA moving away from that Nicole Nyaba saga by using Babes Wodumo and Mampintsha on #RedbullCultureClash he learnt from the best🤔 pic.twitter.com/E6yboGtsVb
— ^SdumS^ (@Sgud_Since) September 25, 2017 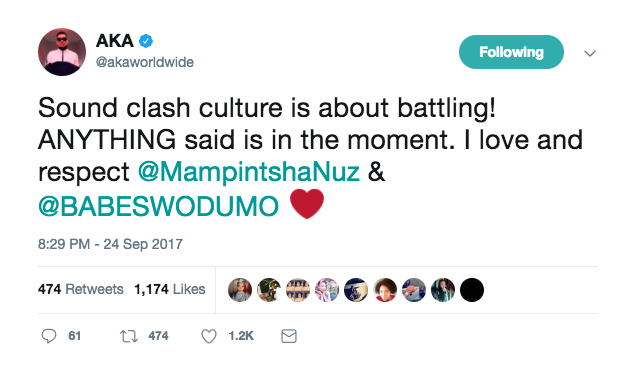 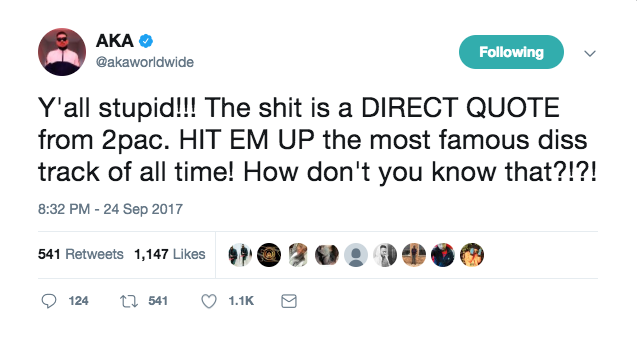 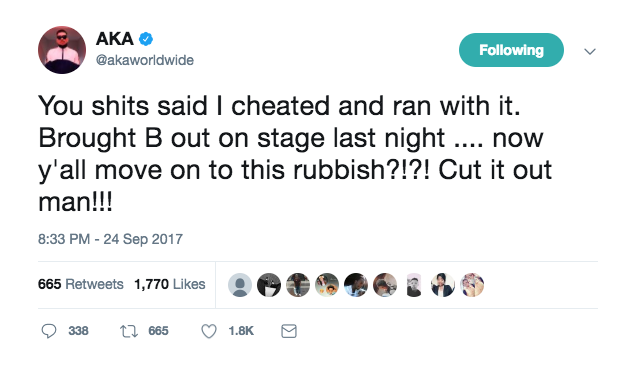 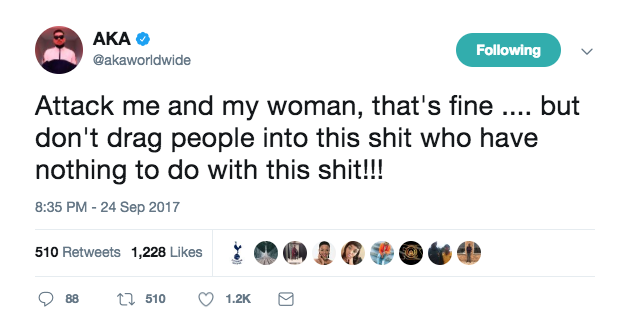 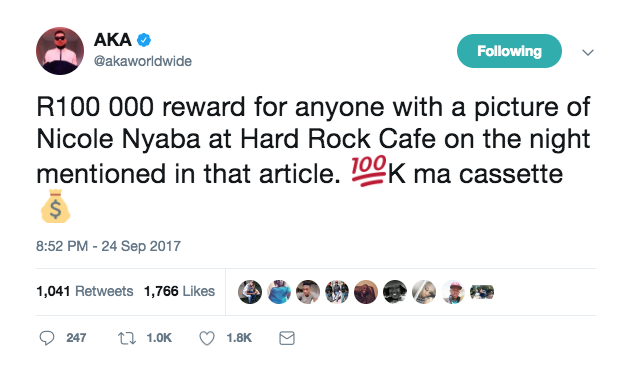 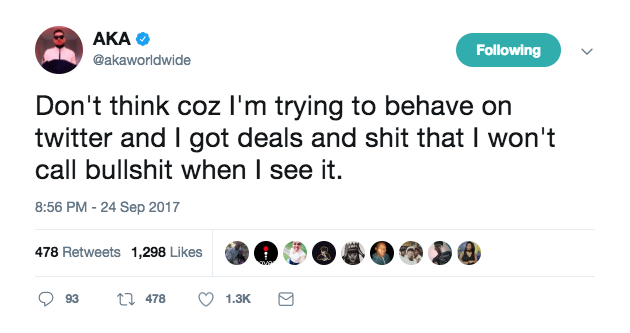 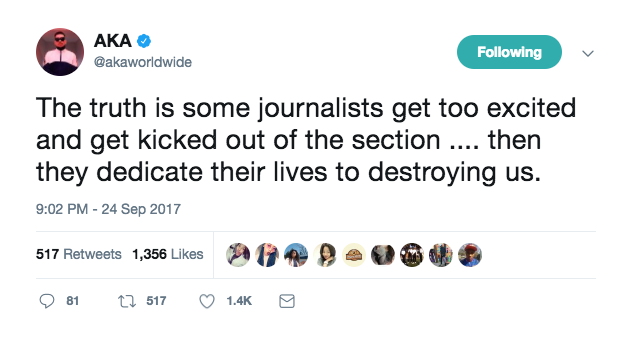 AKA claims #RedBullCultureClash him and Tira slept with Babes Wodumo and calls Mampintsha a fat motherf*cker.