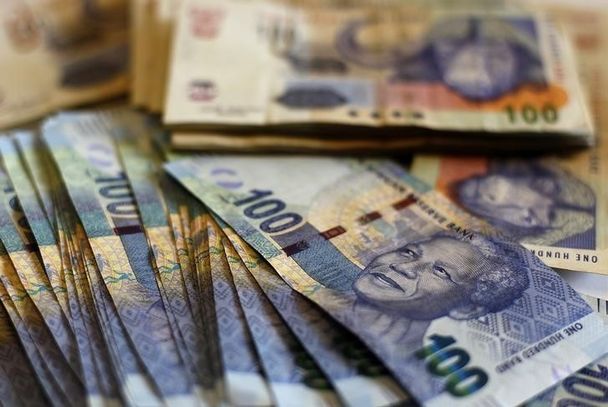 At the centre of the divorce drama, currently playing out at the Mbombela High Court, is the wife's refusal to accept a R10-million cash Settlement and five townhouses as part of the settlement agreement signed by both parties in the presence of their pastors in April this year.

How to Keep Him Interested in You For…
Rolex Daytona: Things to Know Before …
Interview with the legendary comic bo…
Tomcat Tompkins – Part 8
Two Days in A Row, Am I Dreaming?
That is because the wife says in her court documents, that the settlement amount is "too little" to lead the luxurious lifestyle her husband had made her get accustomed to during their marriage.
According to documents filed in court in May, the wife is now gunning for half of the tycoon mfundisi's estate, including ownership of their matrimonial home worth R10-million located in an affluent estate in Kempton Park, Gauteng.
She is also demanding more properties as part of her revised settlement proposal.
According to the settlement agreement attached to the court application, the parties had agreed that the wife would receive a cash settlement amount of R10-million plus five townhouses.
The husband had also offered to pay R200000 towards her legal fees. He committed to buy their son a R1.5-million house for his accommodation.
The wife was also set to receive a Jeep Cherokee and a Jaguar XF and furniture from the matrimonial house.
Justifying her new demands, the woman, who resigned from her top position at one of the metro municipalities in Gauteng, argued that the money offered to her was not enough to cover the luxurious standard of living she and her husband led prior to divorce.
She said they were living in a luxurious home consisting of four lounges, two dining areas, a study, TV room, four en-suite bedrooms and four garages, bought for R8-million in 2013,
The wife said the house was upgraded in 2015 for R2-million.
She also said that the house was furnished with exclusive furniture including imported items brought from top shops in Sandton for more than R500000.
According to court documents, the wife added that the couple used to cruise around town using a number of luxurious cars, some bought locally while others were imported from overseas.
Among their toys, the wife listed a Jeep Cherokee bought in 2015 for R1-million, a Jaguar F-Type also purchased in 2015 for R1.3-million and a Range Rover Evoque bought in 2014 for R700000.
She also included a Jaguar XF which was bought in 2013 for R800000 and a Porsche Panamera imported from Germany for R3-million this year.
For their overseas holidays to fancy spots in Europe, Asia and the US, the couple travelled business class and stayed at five-star hotels.
The wife also asked the court to make an order, in the event that her half share of the joint estate is insufficient to maintain her lifestyle, that she be awarded R60000 in spousal maintenance per month until her death or until she remarries.
What led to the collapse of the marriage, according to court papers, was that the parties clashed on religious beliefs.
"The plaintiff adopted a religion titled 'New Age'. The defendant is a practising Christian and could not reconcile herself with the plaintiff's adopted New Age religion," state the papers.
The parties state that after one of them adopted the "New Age" religion, there had been a lack of meaningful communication between them and they were also unable to discuss important issues.
The papers state that the husband told his wife that he had decided by the end of November 2016 to end the legal marriage part of his relationship with the defendant and to seek a divorce.
"I'm just puzzled by the sudden turn of events. I always insisted on treating her with utmost dignity in spite of differences in our religious beliefs. It was in that spirit that I made her a very generous offer on 6 April," states the husband.