Ramaphosa speaks out: I’m not a blesser, but I did have an affair 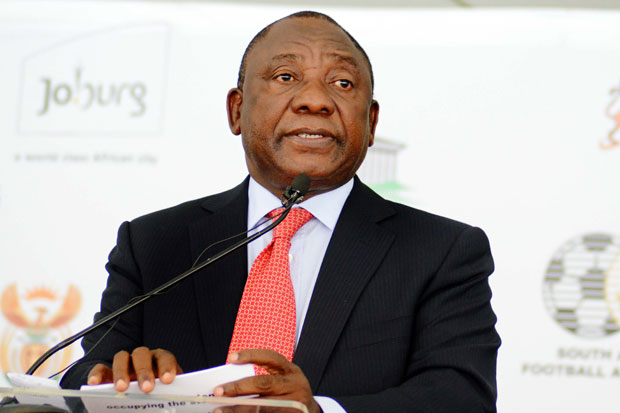 Email evidence shows how one woman sounded emotionally battered, broken-hearted and during their alleged 10-year affair supposedly fell pregnant and had a miscarriage.

Three accounts under the names Mambo Dimbanyika, Singo Maberemisa and Mambo Velelambeu were allegedly created and are owned by Deputy President Cyril Ramaphosa.
The email addresses are understood to have been used by him to communicate with several Women he is accused of having had extramarital affairs with, according to The Sunday Independent.
The weekly has detailed how Ramaphosa was asked to provide two personal email addresses and these corresponded with some of the communication he had apparently sent these women emails from.
Mukethwa
One woman was called Mukethwa, which means the ‘Chosen One’ in the Venda language. She allegedly had a 10-year Relationship with Ramaphosa and fell pregnant with their child. She denied that Ramaphosa was the father of her child, but confirmed they had a romantic dalliance. Emails show how she accused Ramaphosa of not loving her and caring for her.
“Ramaphosa never took care of me financially during our relationship. I have always been independent. However, I now have a strictly business relationship with Ramphosa where I provide property development management and quantity surveying services to all his properties…”
Twenty-nine-year-old marketing student
When contacted by the Sunday Independent, the marketing student said she was involved with a married man but denied it was Ramaphosa. Emails sent from her account show how she had sent intimate videos and images of herself. This woman allegedly received thousands from Ramaphosa, sent him a list of furniture that she needed and was planning to have his child.
Medical practitioner
This woman allegedly treated Ramaphosa medically and also had a romantic relationship with him. The email address she sent the weekly was the same as the one used to communicate with Ramaphosa. She did not respond to requests for comment.
A statement was released by Ramaphosa yesterday, after his bid failed to stop the editor of Sunday Independent Steven Motale from publishing the story. In his statement, Ramaphosa said he would not comment on personal matters and denied having affairs with students he had helped financially. He said his wife, Tshepo Motsepe, was aware of the assistance.
“I do feel compelled, however, to respond to deeply disturbing suggestions that I paid money to several young women with whom I was supposedly in relationships. There are 54 young students – both men and women – that my wife and I provide financial assistance to on a monthly basis and have done so for several years. It is unfortunate that evidence of these bank transfers have been used to make scandalous allegations against me and, worse, to make public the names of some of the people assisted.
“We find it disturbing that the privacy of these young women has been violated through the publication of their names and pictures on social media. It shows a callous disregard for the rights of the individual.”
He added that the story was part of a smear campaign to tarnish his reputation ahead of the ANC elective conference where he is leading a campaign to become the ANC’s next president against rival Nkosazana Dlamini-Zuma.
Source: citizen

Ramaphosa speaks out: I’m not a blesser, but I did have an affair