'Mother of All Bombs': US Forces Drop Massive Non-Nuclear Bomb in Afghanistan 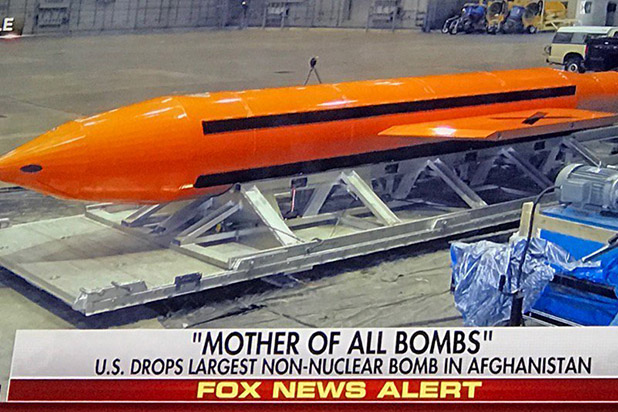 U.S. forces have dropped what is known as the "mother of all bombs" in Afghanistan.
The device is the largest non-nuclear device in the Air Force arsenal, Fox News' Jennifer Griffin reported. It was dropped in Nangarhar Province, an eastern area near the Pakistan border.

5 Practical Tips on How to Use Social…
Got Oil Supplies Review-Start Essenti…
Best Coffee on Amazon – Pick the Fine…
George Floyd Protest Against Police B…
Sanali Group – Epitome of Innovation …
It's the first time the 21,000-pound ordnance has been used in combat, said Griffin.
The device, developed in 2003 by the U.S. Air Force, is called the M.O.A.B, short for Massive Ordnance Air Blast. It's often referred to as the "mother of all bombs."
The attack was launched in an area where a U.S. Green Beret was killed Saturday by small-arms fire while operating against ISIS targets.

'Mother of All Bombs': US Forces Drop Massive Non-Nuclear Bomb in Afghanistan