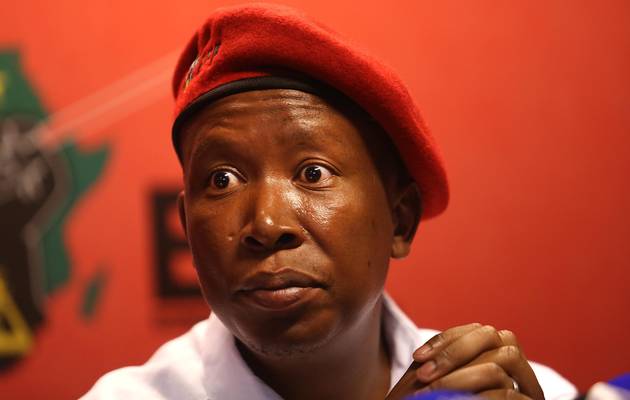 EFF leader Julius Malema has addressed Riky Rick's departure from Mabala Noise and claimed that he advised the rapper against joining the record label in the first place.

Malema, who has had a longstanding beef with the record label, took to Twitter on Monday afternoon to add his voice to the chorus of reaction to Riky's departure from Mabala Noise.

He claimed that he knew Riky and Major League DJz personally and advised them against signing to the label.

I know @rikyrickworld and @MAJORLEAGUEDJZ personally & I had advised them against joining the corrupt @Mabala_Noise even at the beginning
— Julius Sello Malema (@Julius_S_Malema) March 13, 2017

Riky Rick announced his resignation from Mabala Noise in a lengthy statement posted to his Twitter account on Monday morning.

"After long prayer and conversation with God, I am no longer part of Mabala Noise. Blessings to everyone there. Thank you for the love," he tweeted.

He claimed that the label had "taken back" what they thought made him happy and had threatened his and his family's future.

Major League DJz have yet to respond to Malema's statement.

Malema made headlines in August last year when he said during a live press conference that the company, which is headed up by ANC Youth League treasurer general Reggie Nkabinde, paid no less than R5 million to artists signed to the label. He further added that Mabala was allegedly funded through "dodgy government tenders".

Reggie rubbished the claims and said that the company was looking into taking legal action against the EFF leader.