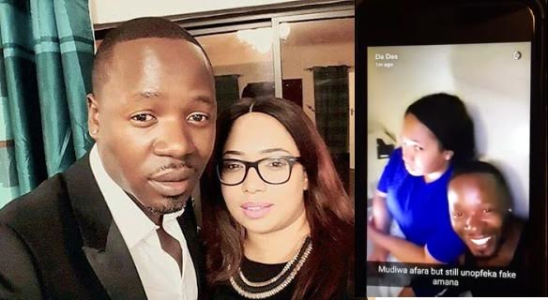 Zimbabwean Rapper, Stunner has tendered an apology to his heartbroken wife after she accused him of sleeping around with younger girls.
Olinda Chapel, who only got married to the rapper in 2016, released a lengthy emotional video, where she was seen in tears accusing and exposing the atrocities of her unfaithful husband.
In a latest video, which the 'Mainini' rapper posted via Snapchat, it possibly looks like he is trying to resolve the drama, as he is seen apologising to Olinda on their matrimonial bed.
‘Please accept me back, am pleading’. He said
Watch the video below.....

Guess Who – Love Affair Between A Producer & A Starlet