The panoply of generous benefits that Zimbabwe’s former leader, Robert Mugabe will enjoy in retirement has been published by his successor President Emmerson Mnangagwa in a gazette.

According to the gazette, Mugabe shall enjoy no fewer than the services of  six security personnel,  two drivers, two private secretaries and two aide-de-camp officers  andtwo office attendants.

Ancient Gods: History of the World
When does Botox Kick in for Your Pati…
Top 3 Shaving Cream Warmers (Dispense…
8 Steps You Can Take to Empower Your …
Advisors' Creative Solutions for Gett…

His office will be fully furnished , with at least  a landline telephone and a cellphone, two computers and such other office equipment and materials as might be determined by the reigning President.

Mugabe, who already lives in a blue roof palace in Harare will  get in addition  a housing allowance to be determined by Mnangagwa, or a single private residence acquired or constructed on his  behalf at any place of his choice in Zimbabwe or payment of a lump sum equal to the value of the private residence.The latter benefit will also accrue to his  surviving spouse or dependant child up to the age of  21 years.“

With respect to private residence, the property shall be constructed on land which in total may not exceed 5 000 square metres.

The residence, if it was to be built, should not exceed a reasonably sized house with five bedrooms, aguest wing with three bedrooms, a study, swimming pool, two guardrooms and two garages”, the gazette said.

As part of the benefits, Mugabe will also be Entitled to enjoy the services of  three domestic employees,  two gardeners, two cooks, two waiters and two laundry persons.”He, his wife Grace  and dependent children will also enjoy medical aid allowance, which implies they will enjoy free medical treatment.

Mugabe and Grace  will be entitled to  diplomatic passports, first class air and rail tickets within the country and outside,  up to a maximum of four trips per year.Mugabe is also entitled to one sedan (Mercedes Benz S500 Series or an equivalent class of motor vehicle), one four-wheel drive station wagon or equivalent, and a pickup van.The security personnel and other staff working for him are also entitled to vehicles, the number of which will be determined by  President Mnangawa.

The Gazette says  that Zimabwe’s leaders since 1987 are entitled to enjoy the benefits. Mugabe, however,  was the sole President of the country since 1980 and will be the first to do so. 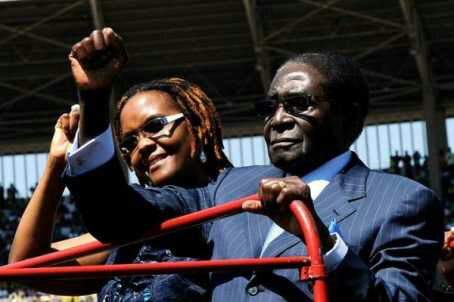