Manchester United have reportedly told Real Madrid they would have to pay €130 million to sign one of the Red Devils’ key players. 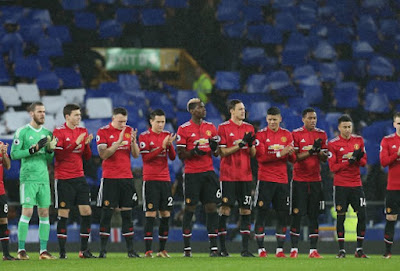 Manchester United have Reportedly told Real Madrid they would have to pay €130 million to sign one of the Red Devils’ key players.
It has been claimed that Los Blancos will once again renew their interest in United goalkeeper David de Gea, whose current contract expires in June 2019.
However, despite there being just 17 months left on his deal, the Red Devils are not prepared to let De Gea go cheaply, if at all, in the coming window, according to Spanish publication Sport.
The Premier League side has reportedly told Real, who came close to signing the stopper in 2015, that they would not sell him for less than €130 million.

Los Blancos, though, are understood to not be prepared to meet this massive valuation, and could instead wait for his contract to expire in order to snatch him up for free.
It has also been suggested that United will soon offer the Spaniard a new improved contract, with rumours suggesting he is holding out for a wage increase after Alexis Sanchez became the club’s highest paid player.
De Gea joined United in 2011, and has since made 300 appearances for the Red Devils, during which he has kept 114 clean sheets, and conceded only 296 goals.

Manchester United have reportedly told Real Madrid they would have to pay €130 million to sign one of the Red Devils’ key players.