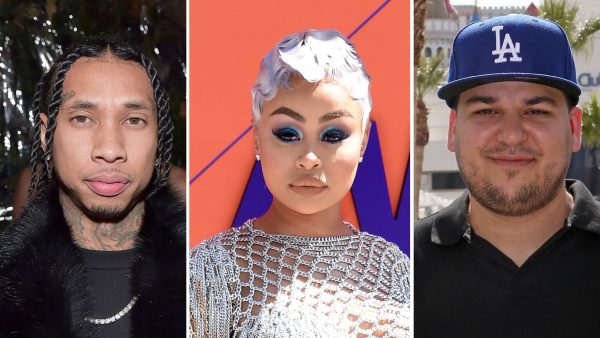 US model, Blac Chyna has blasted Tyga and Rob Kardashian in response to claims by her mother Tokyo Toni that Rob should have custody of their daughter Dream.

Tokyo, who sounded worried about Blac Chyna, spoken to TMZ that it’s best the custody be taken from her until she gets herself again.

“I don’t know if [he] should keep them, but I do believe that [he should get custody for] a little while ’till she pulls her thing together,” she said. “It’s clear, very clear — it doesn’t take a rocket scientist to see — something is terribly wrong”, she said.

Replying her mother, Blac Chyna expressed anger at how everyone only sees the negative side of her without paying attention to her positive side.
She also wondered why no one ever praised her for not bothering her baby daddies for child support.

“Ya know what’s so wild to me is that I never asked Tyga for child support, Rob for child support or whatever and then we just went to court, or whatnot, and I tried to squash it, which I did,” the model, 30, said in a now-deleted Instagram Live post.
“But none of that comes out. It’s only negative s–t with Chyna, Angela White,”

US model Blac Chyna looking dazzling in her most recent pictures