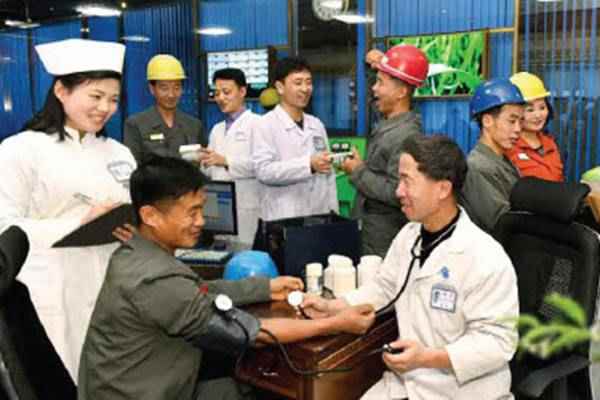 What you need to know to buy a house …
MICRO BUSINESSES
There is No Map for Grief
How Do You Get Bed Bugs?
A Ratched venimos por Sarah Paulson y…

The public Health service in the DPRK is developing day by day under the interest of the Workers' Party of Korea and the state.

An official concerned of the Ministry of Public Health on Wednesday stressed this at a high-level video meeting sponsored by the Regional Office for Southeast Asia of the WHO to mark World Health Day.

In the country, the public health service is regarded as an important work for the protection and promotion of the people's lives and health.

Hence the DPRK government adopted it as a state policy to steadily improve the public health service.

Health of the people and children has been protected and promoted at the state expense for over half a century since the universal free Medical care system was enforced during the fierce Fatherland Liberation War in the 1950s.

The section doctor system, an advanced healthcare system for residents, was established across the country in the 1960s and a hospital came into being in each ri (the lowest administrative unit) and hospitals in cities and counties developed into general hospitals till the end of 1974.

A work has been hastened to put the health indices on a higher level by further developing the public health service.

And a program is being pushed forward to update medical treatment and prevention institutions across the country with the Okryu Children's Hospital in Pyongyang and the Samjiyon City People's Hospital in Ryanggang Province as a model and expand the tele-medical service system.

Meanwhile, steps have been taken to cement the anti-epidemic foundations capable of coping with any world health crisis in reliance on the country's strength and technology under a detailed goal.