Automotive brands recall their vehicles due to a number of reasons. Some recent high-volume recalls have been for faulty airbags, but recalls can also occur for other safety-related reasons. These can range from minor technical issues such as faulty windscreen wipers to software issues, or electrical problems that can cause the car to catch fire.

Even well-established brands have had to recall some of their models. Since electric vehicles are at their toddler stage compared to internal combustion engines, and the software for artificial intelligence-supported driving assistants or autonomous-driving technologies are still developing, a relatively large number of recalls of EV vehicles have occurred. In the last two years, five automakers have recalled electric vehicle batteries due to potential fire and stalling risks. But there have been other high-profile EV recalls before this.

Let’s take a look at some of these electric vehicle recalls.

Toyota recalled more than one million hybrid vehicles due to a potential fire risk back in 2018. The Japanese carmaker said the recall involved Prius, Prius plug-in hybrid, and C-HR SUV models. The recalled cars underwent repair for an electrical problem, which, if left unchecked, had the potential to cause a fire. Around 500,000 vehicles were recalled in Japan, while the number reached 200,000 in the United States. The remainder of the defective cars were in Europe and other smaller markets. 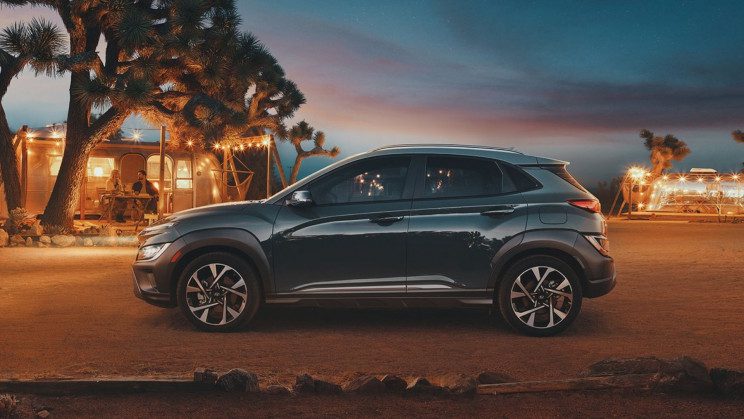 In 2019, South Korea’s Transport Ministry announced that Korean carmaker Hyundai Motor would voluntarily recall its Kona electric vehicles. The reason behind the recall was a possible short circuit due to what may be faulty manufacturing of its high-voltage battery cells that could pose a fire risk.

According to the ministry, the recall involved 25,564 Kona electric vehicles built between September 2017 and March 2020 and included software updates and battery replacements after inspections.

In 2021, Hyundai recalled some 2019-2020 Elantra, 2019-2021 Kona and Veloster vehicles equipped with 2.0L Nu MPI engines. The reason this time was that the piston oil rings may not have been properly heat-treated, which can lead to engine damage and increased risk of stalling.

Also in 2021, Hyundai recalled nearly 82,000 of its vehicles, including around 75,000 Kona cars built between 2018 and 2020, as well as some Ioniq cars and electric buses, due to a fire risk from the electric batteries. The company will be replacing all of the batteries in those vehicles, at a huge cost.

That issue is related to the EVs’ parking brake. If a voltage fluctuation occurs while the vehicle is parked and turned off, it is possible for a command signal to disengage the parking lever (the pawl), potentially allowing the car to roll away. The recall affects 9,014 Kia EV6s and 10,729 Hyundai Ioniq 5s. 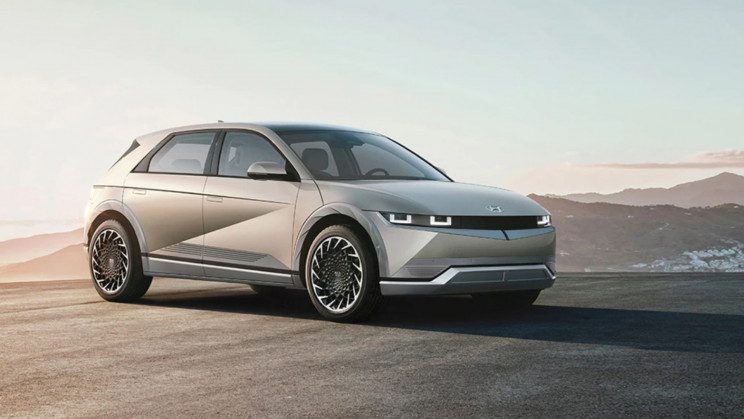 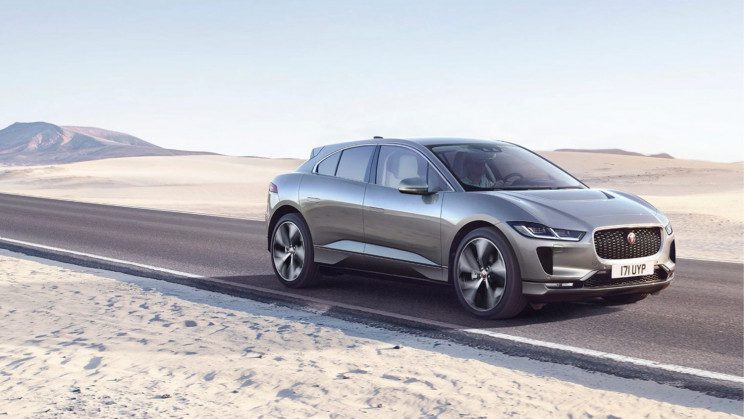 Jaguar’s premium electric vehicle, the I-PACE, was recalled in 2019 due to an issue popped up in its regenerative braking system. It has been reported that the brakes can show an “increased delay” between the driver hitting the brake pedal and the vehicle slowing down.

The British carmaker recalled every single I-PACE that it had delivered so far, and announced that the recalled cars would receive a software update to address the braking delay issue. 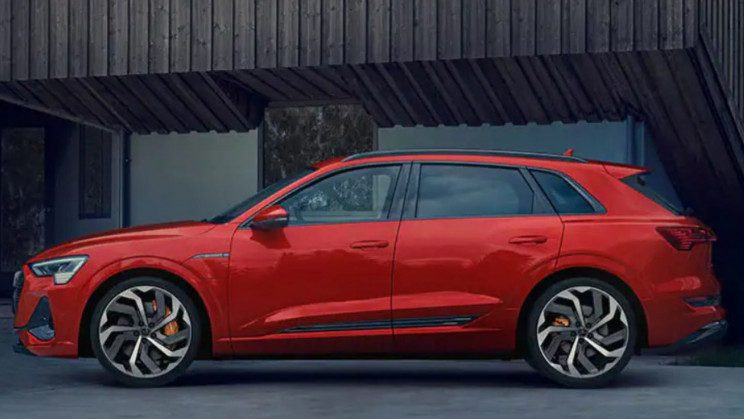 German carmaker Audi also recalled all of its E-Tron models in 2019 over news that a manufacturing issue could allow water to enter charging port, and the car’s electronics, potentially resulting in a battery fire. The company announced the recall before drivers reported any incidents. 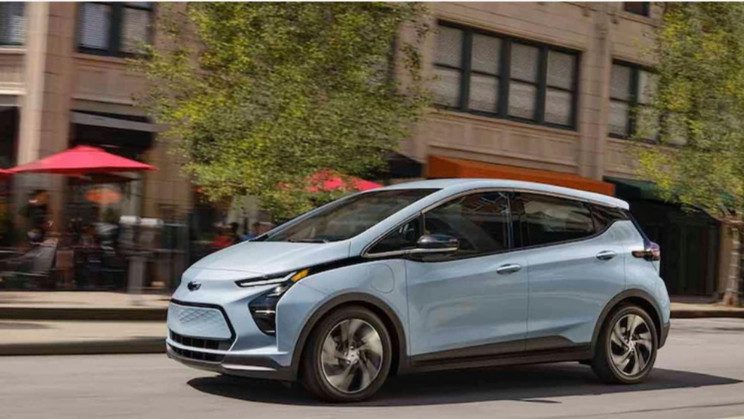 In 2019, the U.S. carmaker GM had recalled every single Chevrolet Bolt the company had ever made, according to a release from the National Highway Traffic Safety Administration (NHTSA). The recall included the then-new all-electric utility vehicle models, and followed concerns surrounding a manufacturing defect in the vehicles’ LG batteries.

The defect could lead to a fire erupting from the batteries, so owners were cautioned to keep their vehicles outside, with battery power at or below 90 percent until the issue could be fixed. 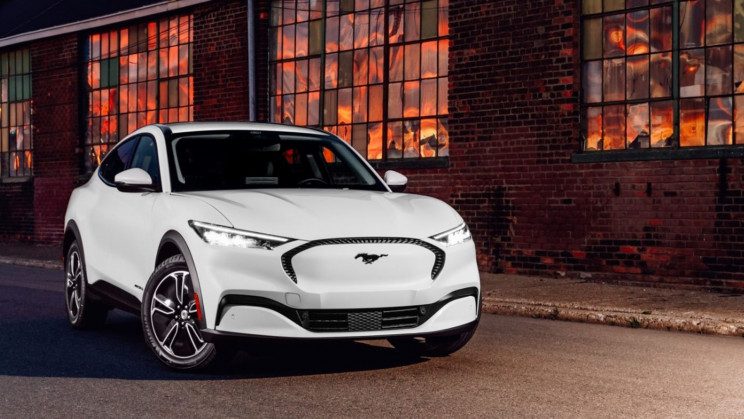 In 2021, Ford recalled dozens of its newly-released Mustang Mach-E deliveries after uncovering loose bolts during quality checks. The recall was fairly minor, but slowed shipments that March.

“[S]ome vehicles may have subframe bolts that the supplier did not tighten to specification,” wrote Ford in a press release at the time. “While the issue in affected vehicles is not to Ford’s standards, the company is not aware of any accidents or injuries to this condition.”

Ford said 1,258 Mustang Mach-Es are affected by the build flaw in the U.S., including 90 in Canada — but fortunately, the overwhelming majority hadn’t yet made it to customers. “Fewer than 75 customers who have already taken delivery” will need to take their Mustang Mach-E vehicles in for repair,” a press release issued at the time said. 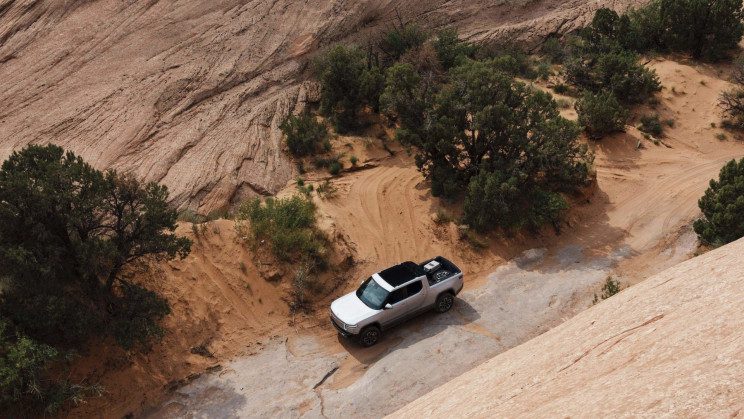 California-based electric vehicle maker Rivian issued a voluntary recall in May 2022 for 502 of its R1T pickup trucks for a sensor defect that could cause airbags to improperly deploy when a child is in the front passenger seat. Because airbags activate with a lot of force, this can increase the risk of injury to children in the event of a crash.

Rivian announced that owners could pull into one of the company’s 20 service centers around the country, where the passenger seat could be quickly swapped out for one with the correct sensor calibrations. The affected vehicles carry build dates between Sept. 21, 2021 and April 12, 2022. 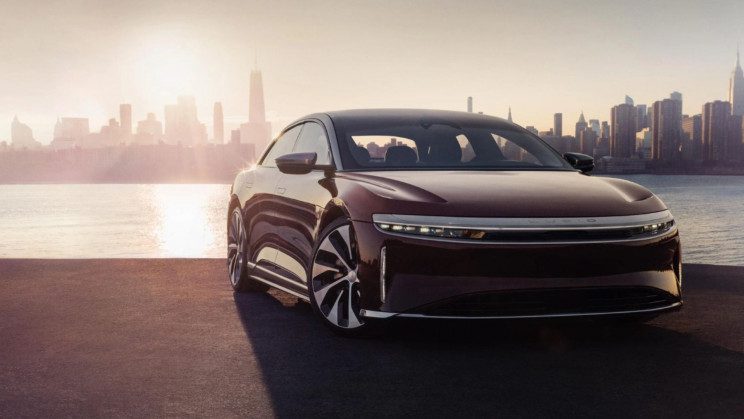 In May of this year, Lucid Motors issued a recall notice for some of its luxury Lucid Air electric sedans. The recall covers 1,117 vehicles in the model year 2022. The fault is related to the wired data connection to the vehicle’s 34-inch, curved 5K Glass Cockpit instrument panel, which may not have been appropriately secured during assembly. The company is not aware of any instances when the fault has caused the components to fail.

The inspection process takes about 30 minutes to complete, and if repair is needed, that will take about 8 hours and can be done at a Lucid Service Center. “Out of the 1100 or so potentially affected customers, less than one percent–10 cars–will have that issue present,” a Lucid spokesperson said.

Tesla has the dubious honor of leading the list of EV manufacturers with the largest number of recalls.

In 2015, Tesla announced a recall affecting all the 90,000 Model S cars it had sold to date after problems with the front seatbelt were detected in a Tesla Model S in Europe. 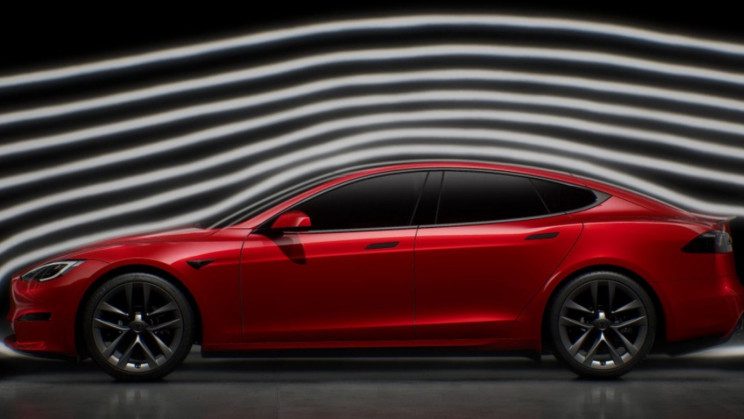 An email from Tesla to its Model S customers stated that the firm; “recently found a Model S in Europe with a front seat belt that was not properly connected to the outboard lap pretensioner.

“This vehicle was not involved in a crash and there were no injuries. However, in the event of a crash, a seat belt in this condition would not provide full protection.”

Tesla voluntarily recalled 11,000 Model X SUV units after discovering an issue with seating locks in 2017. The recall affected Tesla Model X units worldwide made between Oct. 28, 2016, to Aug. 16, 2017. The cars recalled were the ones with fold-flat second-row seats. The company stated that they think the issue only affected 3 percent of the recalled vehicles. Tesla spokespeople have also noted that they have not heard of any accidents, injuries, or severe mishaps with the affected seating locks. 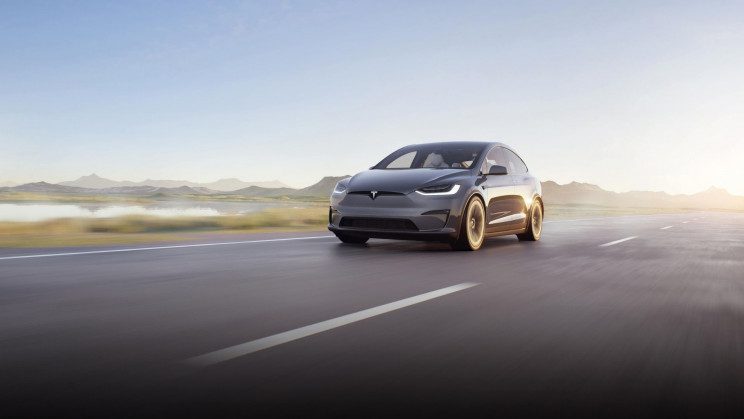 In 2017, Tesla issued a recall for up to 53,000 Model S and X vehicles built from February 2016 through October 2016 due to a manufacturing issue that might cause the parking brake to malfunction and get vehicles stuck in parking brake.

A year later, in 2018, Tesla recalled 123,000 of its Model S sedans, which were built before April 2016, over a power steering issue. Tesla described the recall as a proactive measure and said that crashes have been reported caused by the fault in an email to its customers.

The NHTSA explained that the front and spine cosmetic roof trim of Model X’s might have been attached without using primer, meaning one or both of the pieces may separate from the vehicle during driving. And the reason for Model Y recalls was bolts connecting the front upper control arm and steering knuckle that may not have been tightened properly. The issue may cause the upper control arm to detach from the steering knuckle.

In January 2021, the NHTSA officially requested Tesla to recall approximately 158,000 vehicles, representing around 10 percent of all vehicles produced by the company through the end of 2020, due to media control unit failures. The recalled vehicles were older Model S sedans and Model X SUVs.

Later that December, Tesla alerted government regulators that it had identified problems with its Model 3 and Model S vehicles that increased the risk of crashes. This move affected more than 350,000 Model 3s and nearly 120,000 Model Ss, according to separate reports filed with the NHTSA. 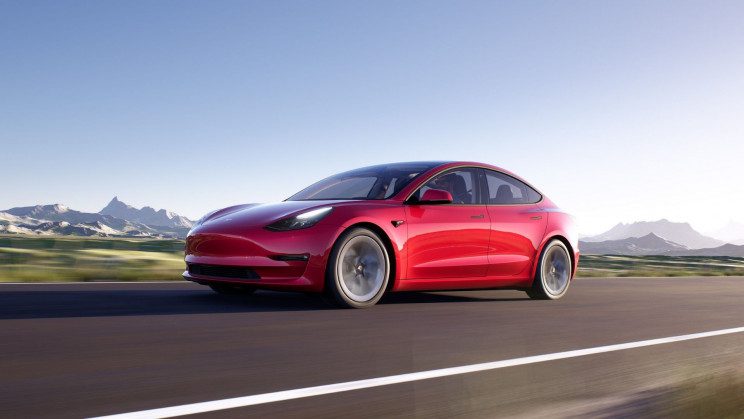 The Model 3 recall, which affected model years 2017 to 2020, concerned a cable that connects the rearview camera to the dashboard display. And the Model S recall affected some vehicles from years 2014 to 2021. The problem concerned a secondary latch that keeps the storage space under the hood from opening unexpectedly.

In February of this year, the company recalled nearly 54,000 vehicles in the United States that feature Full Self-Driving (Beta) software. The company has learned that its FSD software could cause some cars to attempt “rolling stops,” potentially ignoring the need to come to a full stop at intersections.

That same month, the company announced a recall affecting 817,143 vehicles because of a software error that meant a chime failed to sound when the driver’s seat belt was unbuckled. That recall can be easily addressed by updating the vehicle software, which does not require a service appointment.

In April, the company announced a recall affecting almost 600,000 of its ​​2020-2022 Model Y, X, and S vehicles, as well as the 2017- 2022 Model 3s. The NHTSA has determined that the cars’ “Boombox” feature, which allows drivers to play music while in motion is non-compliant with safety regulations, and could potentially drown out alert sounds. Luckily for Tesla owners, the issue can be addressed with an over-the-air software update – no trip to the shop will be needed.

Earlier that month, Tesla had announced a recall of 7,000 Model X SUVs from 2021 to 2022 over an issue with its airbags, which did not inflate properly when the car windows are down.

In May, Tesla announced a recall affecting nearly 130,000 cars due to an issue causing the CPU in vehicles’ infotainment systems to overheat during fast charging. This could potentially lead the car’s touchscreen to malfunction.

We are sure to witness many more recalls in the future. Although none of these EV recalls have yet come close to Ford Motor Company’s 1981 recall affecting 21 million internal combustion engine vehicles, due to a faulty parking gear which had a habit of slipping into reverse. That fault led to 1,710 injuries and 98 deaths.

The post Here are the biggest EV recalls since the electric vehicle era began appeared first on GulpMatrix.