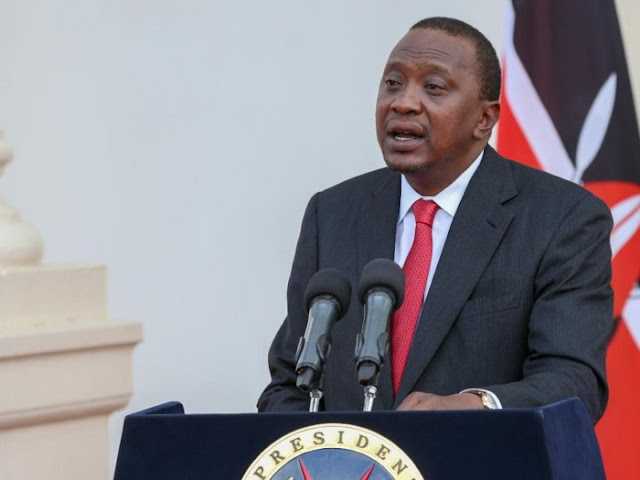 President Uhuru Kenyatta is in an uncomfortable spot as the threat of the Referendum continues to loom. His main worry is that the politicking around the exercise might derail his development projects that he hopes to complete before 2022.

The president has tried many strategies to prevent campaigns before his term ends including the appointment of Interior CS Fred Matiang'i as the point man in the development projects.

Such campaigns would possibly drive the country into tense moods that could turn volatile and delay projects.

Especially, the implementation of the Big 4 Agenda would be at risk because the time left before 2022 is even short to achieve them.

In a roadside address to Kitengela residents, Uhuru criticized the tangatanga team and their involvement in public spats that would divide citizens.

The reality of the referendum, however, gets more serious day by day. More leaders are embracing the call for the exercise that will have Kenyans vote to change sections of the constitution.

A referendum would be expensive business for the country.

On the other hand, the resources required to campaign and convince supporters would mean that government projects would almost certainly stop.

Majority Leader Aden Duale says a referendum is bad for the country as it would make it extremely difficult for the Jubilee administration to deliver election promises.