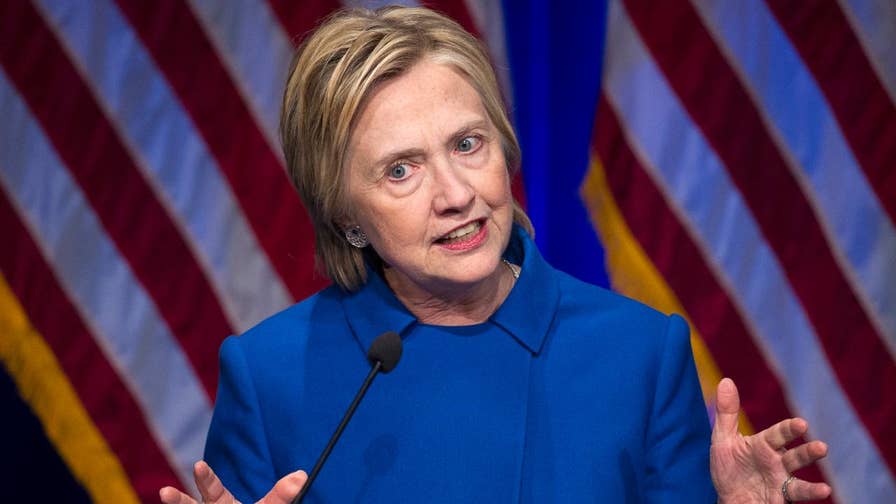 Did Clinton break the law with 'takeover' of DNC?

One lawyer says the deal between the Clinton Campaign and the DNC in August of 2015 – which essentially turned over control of the DNC to the Clinton campaign – was in violation of federal campaign finance law. #Tucker

8 Signs You Should Avoid That Potenti…
50 Free Spins No Deposit – Mr Green U…
Top Back-To-School Preparation Tips &…
iPhone 12 Line-Up Tops Charts in Q1 2…
What Is the Worst Credit Score?

A new legal complaint filed with the Federal Election Commission alleges that the Hillary Clinton campaign and the Democratic National Committee used state chapters as strawmen to circumvent campaign donation limits and laundered the Money back to her campaign.

The Committee to Defend the President, a political action committee, filed its complaint with the FEC on Monday with the allegations that the Hillary Victory Fund (HVF) solicited cash from big-name donors, including Calvin Klein and “Family Guy” creator Seth MacFarlane — money that was allegedly sent through state chapters and back to the DNC before ending up with the Clinton campaign.

Officials with the committee said their filing was spurred by their own analysis of FEC reports, where they said they discovered the HVF either never transferred the money to state chapters and back to the DNC, or did so without the state chapters having actual control.

“What we have found, people need to see,” Ted Harvey, chairman of the CDP which emerged from the now-defunct Stop Hillary PAC, told Fox News. “I think it’s important that the American public has an understanding of how corrupt this campaign system was and that they were doing anything they could to secure the nomination in her favor.”

In its complaint, the CDP alleges that about $84 million was funneled illegally from the DNC through state party chapters and back into the war chest of the Clinton campaign.

“Apparently the DNC’s response to the [Supreme Court] ruling was, ‘Hold my Beer.’”

“Based on publicly available FEC records, repeatedly throughout the 2016 presidential campaign, HVF would purportedly transfer funds to its constituent political committees, which included between 34 and 40 state parties,” reads a passage from a copy of the complaint reviewed by Fox News. “On the very same day each of these transfers supposedly occurred, or occasionally the very next day, every single one of those state parties purportedly contributed all of those funds to the DNC.”

CDP counsel Dan Backer said the scheme was a flagrant violation of a Supreme Court ruling that determined such moves were illegal — and broke FEC campaign contribution rules which state that an individual can contribute only $2,700 directly to a presidential campaign.

“Apparently the DNC’s response to the ruling was, ‘Hold my Beer,’” he said, referring to a phrase from an Internet meme. “These donations were specifically earmarked for the DNC and the campaign committee.”

Backer reiterated a point from the complaint — that the Supreme Court first recognized these practices were illegal when it ruled in a 2014 case involving Shaun McCutcheon, a businessman and electrical engineer from suburban Birmingham, Ala., who created the Conservative Action Fund PAC. McCutcheon filed suit against the FEC challenging federal campaign contribution limits. It was Backer who assisted in filing the suit.

“This is exactly the scenario that they said would occur,” Backer says. “They were so brazen about it yet so sloppy.”

The new complaint filed against the FEC said previous reports showed a series of transactions in which the HVF disbursed contributions to its state party committee members — and they would receive the funds on the same day. The HVF would also allegedly disburse funds to up to 40 state parties at the same time, and those parties would send the money back within 24 hours.

“It appears virtually every single disbursement from HVF to a state party resulted in an immediate transfer of the same amount of funds from the state party to the DNC,” reads another passage from the complaint. “Over 99% of funds transferred through HVF to state parties wound up at the DNC.”

Officials for the DNC did not return requests for comment when contacted by Fox News.

The allegations seem to echo claims by former DNC chair Donna Brazile while promoting her book earlier this year. 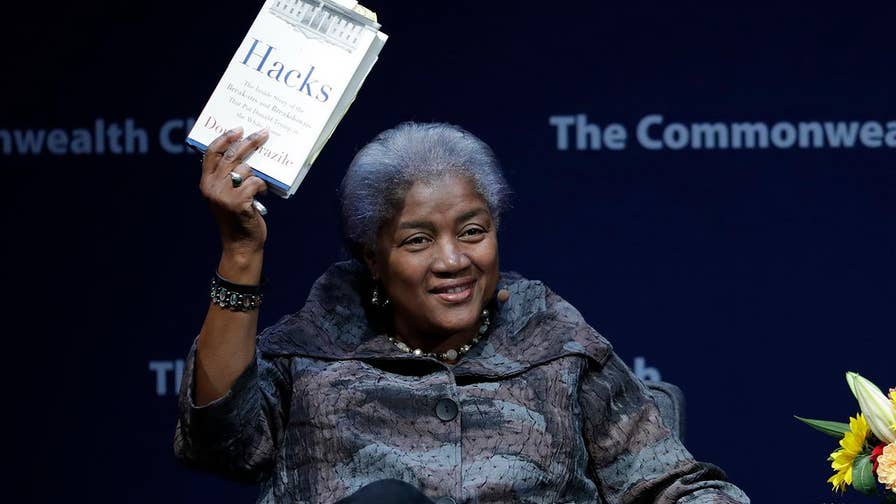 In her 2017 book “Hacks,” Brazile recounts how she saw the money being moved.

“Individuals who had maxed out their $2,700 contribution limit to the campaign could write an additional check for $353,400 to the Hillary Victory Fund—that figure represented $10,000 to each of the 32 states’ parties who were part of the Victory Fund agreement—$320,000—and $33,400 to the DNC,” reads a passage from the book. “The money would be deposited in the states first, and transferred to the DNC shortly after that. Money in the battleground states usually stayed in that state, but all the other states funneled that money directly to the DNC, which quickly transferred the money to [Clinton campaign headquarters in] Brooklyn.”

Brazile took issue with this, saying that it signified the victory fund was going to Clinton before she received the nomination.

A DNC statement issued last month in response to her claims said: "Joint fundraising committees were created … in attempt to raise the general election funds needed to win in 2016. Clinton was the only candidate who raised money for the party through her joint fundraising committee with the DNC, which would benefit any candidate coming out of the presidential primary process."

Backer says the committee hopes its findings will spur campaign finance reform and an investigation by the Department of Justice.

“It’s really cut and dry,” he says, “but it shouldn’t matter that it was Hillary Clinton and the DNC that did this. The law was broken. It doesn’t matter who did it.”