4 Unmissable Movies of 2016 & 5 Others Well Worth Watching

Certain moments in 2016 felt like pure farce, in which the old truism of fact being stranger than fiction rang out louder than ever. As such, the role of movies morphed from good old-fashioned escapism into a safe haven, protecting us from the backdrop of last year’s surrealism (our word of 2016 apparently).

Meow Bar, Moscow
Music Profile: Crissi Cochrane - Soul…
“The Friend Who May Not Seem a Friend…
What Causes Bed Bugs?
Self Motivation: How to Keep Moving F…

Perhaps for this very reason, I managed to get through a good spectrum of movies, from divisive Cannes entry Personal Shopper to modern western Hell or High Water and all sorts in between (even the disgracefully bad Independence Day sequel, which claims my personal Razzie award).

Please note I have yet to see a few early award favorites like La La Land, Manchester By the Sea or Moonlight but here’s my list of  4 (but really 9) unmissable films of 2016:

Maren Ade’s third film is an absolute delight, a modern day classic and my top pick of 2016. In simple terms, Toni Erdmann revolves around a prankster father Winfried (Peter Simonischek) who has never quite grown up, and his increasingly daft attempts to change his corporately-square daughter Anca (Sandra Hüller), whose rebellion has been to conform.

Over the 2 and a half hour runtime, the two main characters act with depth and nuance from one awkward scene to the next, via petit fours, forced karaoke and fake teeth. As it does, the film asks questions about taking life too seriously and the pursuit of happiness. But what shines through most is the absurdity of today’s society.

Packed full of laugh-out-loud moments, the collective euphoria I witnessed at the sold-out NZIFF session in Wellington’s iconic Embassy cinema was the ultimate testament to the film’s magical qualities, with the audience enraptured by every step of this raucous, squeamish, hilarious journey. 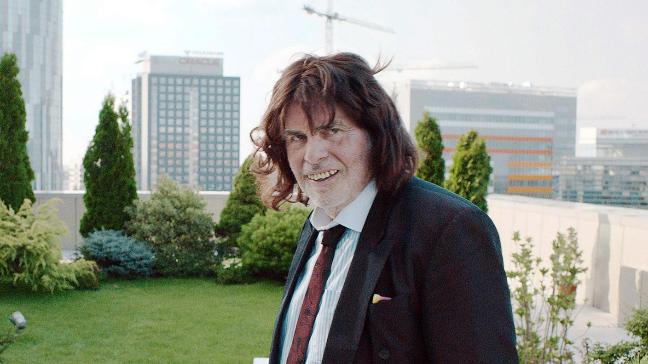 2. Hunt for the Wilderpeople

Like Toni Erdmann, Hunt for the Wilderpeople is comedic gold. This warmhearted, off-beat film centres on a mismatched pair: troubled orphan Ricky Baker (Julian Dennison) and his cantankerous new uncle Hec (Sam Neill) who are on the run from child services and the powers that be. As they find themselves running out of options, they retreat further into the dense Kiwi forest.

As the story – an adaptation of Barry Crump’s Wild Pork and Watercress – unfolds, it’s impossible not to get swept up in the wild, magical narrative: the police chases, the sweeping landscape shots filmed to Nina Simone and Leonard Cohen tracks, the 80s pop culture references, and to root for the improbable duo. This is aided by the fact that both actors deliver cracking performances; their timing is impeccable.

It’s great fun and I can’t wait to see how director Taika Waititi translates his off-kilter comedic style to his next project, the massive Thor:Ragnarok. If this film is anything to go by, it bodes well for the Marvel universe. 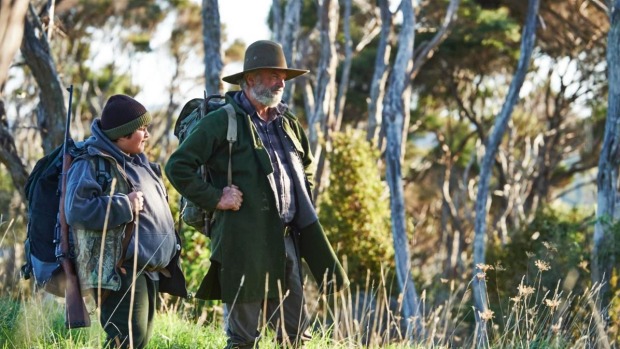 I, Daniel Blake is a perfectly understated movie from independent and political filmmaker Ken Loach. It’s a damning critique on the way humans are treated, the farcical nature of bureaucracy and the pitfalls of social services provided by governments, in this case the UK.

The punches it packs, and there are many, are made much more effective by its simplicity. It never bludgeons you with sentiment or analysis. It simply shows you how easy it is to fall into a void from which it’s nearly impossible to escape and the ruthless corporate machines that view you as no more than a case number.

It’s an important film, which should be required viewing for tomorrow’s politicians, bureaucrats and economists. And good on Cannes for giving their prestigious Palme d’Or to a movie that relies on little more than a camera and a handful of great performances.

Innocence and growing up have never sounded so beautiful as in Jon Carney’s third film Sing Street. Our protagonist Conor is a teenager living in 1980s Dublin, who’s still uncomfortable in his own skin. In his attempts to woo a mysterious girl, he boasts about being in a band. The only trouble is he’s never been in one so he sets out to rectify this with the help of a few likeminded classmates. What follows is a sweet, tender tale of adolescence and finding your foothold in the world, interspersed with funny homemade music videos that help drive the narrative along.

But the most poignant and emotive scenes are between Conor and his older brother who, although talented, was never able to carry out his dreams and has resigned himself to a humble life close to home. In Conor, he sees a younger version of himself and becomes determined to guide Conor to avoid the same mistakes and to fulfill his dreams. The sense of regret, hope and escape in these scenes make this more than just another coming-of-age tale.

Best of the Rest

Being the terrible decision maker that I am – you really don’t want to go shopping with me – I’ve included a raft of films to fill the fifth slot on this list. I thoroughly enjoyed these, but I can’t quite place them on the same pedestal as the other four.

Arrival had many great elements to it, not least the acting performance by Amy Adams and a killer twist. The big question it poses will have you thinking for days.

Tickled provided the biggest WTF moments of any movie I saw all year, without doubt. Its tale of competitive endurance tickling has to be seen to be believed.

Embrace of the Serpent was special and unique in the best of ways and deserved the Oscar nomination it received last year. Its tale of western forces spreading through the Amazon is amazing.

And finally, Adam Curtis’ Hypernormalisation summed up 2016 and the origins behind the political mess we live in now better than any documentary I’ve seen. Watch it.

Hope you’ve enjoyed this year’s list. For more of a movie fix, check out my favorite films of all time here!

This post first appeared on Season Of The Bliss, please read the originial post: here
People also like
Meow Bar, Moscow
Music Profile: Crissi Cochrane - Soul Singer Songwriter - Ontario, Canada | SRL Networks London Music PR
“The Friend Who May Not Seem a Friend” – The Cat and the Fire, Post 2 of 3
What Causes Bed Bugs?
Self Motivation: How to Keep Moving Forward In Your Career or Business
10 Notable Online Video Makers That is Sure to Give Your Business an Edge
Capture Attention and Drive Traffic with Catchy Headlines: 7 Ideas for Blog Titles
Things You Should Stop Worrying About in Bed
Why the Riddler is such a good villain for The Batman film
Boomerang – New Telugu Short Film 2018 || Directed by Sridhar Marepalli || Silly Shots

4 Unmissable Movies of 2016 & 5 Others Well Worth Watching