Bathroom Remodel Ideas on a Budget 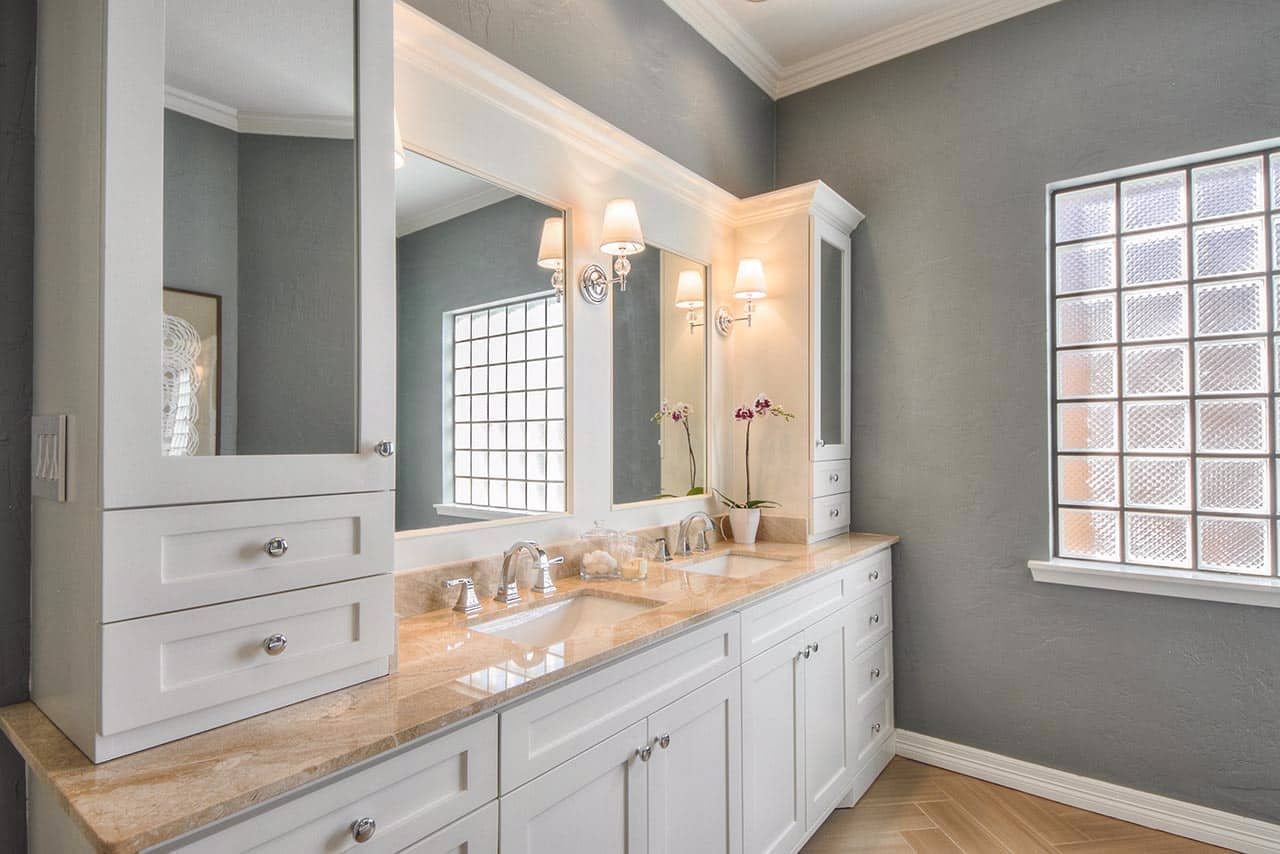 House prices are high in many urban centres right now, and they only seem to be increasing – so if you’ve recently bought, and you’re looking to renovate on a budget, it’s good to get at least some idea of what your options are. The Bathroom is one room that you’re going to be in at least once a day, so it’s important to have a bathroom environment that you’re comfortable and happy with.

Generally, bathroom remodels aren’t cheap. If you’re looking for an upscale job, the average price for a 2017 remodel in the US can reach up to $60,000. Luckily, the cost of a more standard remodel will run to about $18,000 – still pricey, but not quite as much as the upscale cost. Depending on where you are, the price will be different too, varying from $17,000 in the South to up to $20,000 in the Northeast.

Here’s a few ideas that will help you perform a perfect bathroom remodel while not breaking the bank.

Rather than buying everything from new, you can substantially reduce your costs by reducing the amount of work you get done. For example, rather than replace your old shower or tub, consider getting it relined professionally, which is much less expensive. However, this isn’t a good option for with Sink and shower fixtures, because refinishing them usually costs more than replacing them. The good news is that if you have a few vintage bathroom fixtures you don’t really want to replace, you can spend as little as $150 refinish them yourself.

You can also limit the amount of tile you install, as tile from tile stores is fairly expensive, especially when you hire a contractor to lay it out for you. Focus on areas like the floor, rather than inside the shower stall walls. Also, freshen up your caulk and grout by cleaning the grout and adding straight caulk lines around the sink and tub; since both caulk and grout are cheap, this is a very inexpensive solution. If you really want a tile that’s artistic and expensive, consider using it as an accent tile next to a cheaper one. Then the artistic tiles will be more noticeable and you’ll save money at the same time – win-win.

Buying used materials will also save you money. Craigslist and eBay are good choices to find people selling fixtures, and even showers and toilets, on the cheap. Habitat for Humanity’s ReStore also specifically sells homewares like mirrors, toilets, sinks, doors, and tubs. Etsy is another place to try, as its individual artists produce a wealth of upcycled bathroom accessories. You can find them easily by searching on the site for “bathroom” or “upcycled”.

Using recycled materials and objects is also often a good way to save money. For example, one option is to use an old dresser as a sink pedestal – cut out the top of the dresser to allow a sink insert, cut out the back to allow for plumbing, and remove drawers as necessary. These can sell in furniture stores for thousands of dollars, but you can easily make your own with the right dresser, tools, and a little bit of patience. Or consider using old plumbing for towel racks to give your bathroom a cool, industrial feel.

During the bathroom redesign process, consider the environment as well – low-flow sinks, toilets and shower heads can help you to save water and thus money, and they usually cost less than – or at least the same as – conventional fixtures. Also consider making some bathroom pieces yourself rather than buying new – like making soap dispensers out of mason jars, or attach some tin cans to the wall to store bathroom accessories like toothbrushes.

As above, use old instead of new to reduce consumption and save money – like an old mirror above the sink, or old pieces of barn wood for shelves. And don’t forget to give back as well, like to Goodwill or Habitat for Humanity, if you end up with extra stuff you can’t use.

Bathroom remodels can be expensive, but they don’t have to be. There are a variety of money-saving options you can consider when undertaking a remodel, from limiting the amount of changes you are making to using recycled and used materials. Happy DIYing!

The post Bathroom Remodel Ideas on a Budget appeared first on Viral Rang.

Bathroom Remodel Ideas on a Budget