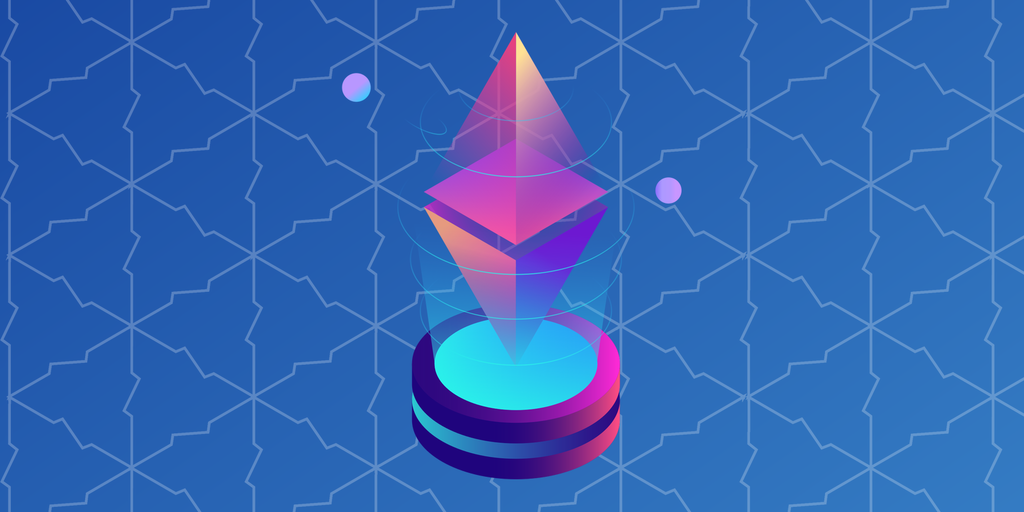 It’s been a long time coming, but the first phase of Ethereum 2.0 is finally up and running.

The multi-phased upgrade aims to address the Ethereum network’s scalability and security through several changes to the network’s infrastructure—most notably, the switch from a proof of work (PoW) consensus mechanism to a proof of stake (PoS) model.

Ethereum 2.0, also known as Eth2 or “Serenity,” is an upgrade to the Ethereum blockchain. The upgrade aims to enhance the speed, efficiency, and scalability of the Ethereum network so that it can process more transactions and ease bottlenecks.

New Ethereum 2.0 calculator can show you 10 years of staking rewards

Ethereum 2.0 is launching in several phases, with the first upgrade, called the Beacon Chain, having gone live on December 1, 2020. The Beacon Chain introduces native staking to the Ethereum blockchain, a key feature of the network’s shift to a PoS consensus mechanism. As the name suggests, it is a separate blockchain from the Ethereum mainnet.

The second phase, called The Merge, is expected in the first or second quarter of 2022 and will merge the Beacon Chain with the Ethereum mainnet.

the merge comes after EIP-1559, itself slated for the London hardfork in July/August

The final phase is Shard Chains, and will play a key role in scaling the Ethereum network. Instead of settling all operations on one single blockchain, shard chains spread these operations across 64 new chains.

This also means that it is much easier from a hardware perspective to run an Ethereum node because there is far less data that needs to be stored on a machine.

Shard Chains aren’t expected until 2022, but it is unclear exactly when.

How does Ethereum 2.0 differ from Ethereum?

While Ethereum 1.0 uses a consensus mechanism known as proof-of-work (PoW), Ethereum 2.0 will use a proof-of-stake (PoS) mechanism.

How does proof of stake differ from proof of work?

With blockchains such as Ethereum, there is a need to validate transactions in a decentralized way. Ethereum, like other cryptocurrencies such as Bitcoin, currently uses a proof of work consensus mechanism.

In this system, miners use a machine’s processing power to solve complex mathematical puzzles and verify new transactions. The first miner to solve a puzzle adds a new transaction to the record of all transactions that make up the blockchain. They are then rewarded with the network’s native cryptocurrency. However, this process can be hugely energy-intensive.

Proof of stake differs in that instead of miners, users can stake a network’s native cryptocurrency and become validators. Validators are similar to miners in that they verify transactions and ensure the network isn’t processing fraudulent transactions.

These validators are selected to propose a block based on how much crypto they have staked, and how long they’ve staked it for.

Other validators can then attest that they have seen a block. When there are enough attestations, a block can be added to the blockchain. Validators are then rewarded for the successful block proposition. This process is known as “forging” or “minting.”

The main advantage of PoS is that it is far more energy-efficient than PoW, as it decouples energy-intensive computer processing from the consensus algorithm. It also means that you don’t need a lot of computing power to secure the blockchain.

How will Ethereum 2.0 scale better than Ethereum 1.0?

One of the main reasons for the upgrade to Ethereum 2.0 is scalability.

The current Ethereum setup has a blockchain consisting of a single chain with consecutive blocks. This is secure but very slow and not efficient. With the introduction of shard chains, this blockchain is split up, enabling transactions to be handled in parallel chains instead of consecutive ones. This speeds up the network and can scale more easily.

How will Ethereum 2.0 be more secure?

Ethereum 2.0 has been devised with security in mind. Most PoS networks have a small set of validators, which makes for a more centralized system and decreased network security. Ethereum 2.0 requires a minimum of 16,384 validators, making it much more decentralized—and hence, secure.

However, according to Lior Yaffe, co-founder of Jelurida and lead core developer of the Ardor and Nxt blockchains, there is a potential vulnerability that focuses on the level of participation rates in the network.

Security audits of Ethereum 2.0 code are being carried out by organizations including blockchain security firm Least Authority and Quantstamp.

The Ethereum Foundation is also setting up a dedicated security team for Ethereum 2.0 to research possible cybersecurity problems in the cryptocurrency.

The Ethereum Foundation is building an internal security team dedicated to Eth2.

How is the Ethereum 2.0 upgrade going to take place?

Following a series of testnet launches, Topaz, Medalla, Spadina, and Zinken, the full roll-out of Ethereum 2.0 will take place in three phases: Phase 0, 1, and 2 (developers like to count from zero). Phase 0 launched on December 1, 2020, with the other phases set to arrive in the following years.

Phase 0 sees the implementation of the Beacon Chain; this stores and manages the registry of validators as well as deploying the PoS consensus mechanism for Ethereum 2.0. The original Ethereum PoW chain will run alongside this so there is no break in data continuity.

Ethereum: the next five years

Phase 1, due in Q1/Q2 2022, will see the Ethereum mainnet merge with the Beacon Chain and officially bring an end to PoW on the network. Users who staked Ethereum on the Beacon Chain will then be assigned validator roles.

Phase 2 will introduce Shard Chains to the network, with an expected launch of 64 shards (enabling 64 times more throughput than Ethereum 1.0) though at launch they won't support accounts or smart contracts.

Previous iterations of the roadmap placed the Merge event after the launch of Shard Chains, but due to each upgrades’ interoperability, it was later decided to flip these launch events.

“Originally, the plan was to work on shard chains before the merge – to address scalability,” reads documentation from the Ethereum Foundation. “However, with the boom of layer 2 scaling solutions, the priority has shifted to swapping proof-of-work to proof-of-stake via the merge.”

What Does Ethereum 2.0 Mean for Scaling Solutions Like Polygon?

When was Ethereum 2.0 Released?

Speaking on the Ethereum 2.0 livestream, Danny Ryan, core researcher at the Ethereum Foundation, noted that, “Key to the health of this thing is we see participation over two-thirds.”

With the launch of the beacon chain confirmed, there are more than 21,000 active validators on the network at the time of writing, with each epoch seeing a success rate of over 80%.

The beacon chain will initially exist separate from the current Ethereum mainnet, before the mainnet is "docked" to the proof-of-stake system.

The first eligible block was slot 1, and its validator signed it with a cryptic message: "Mr F was here."

Congrats on the launch all!

The successful launch was celebrated by broad swaths of the Ethereum community, including Ethereum co-founders Vitalik Buterin and Joseph Lubin.

The launch of the #Eth2 Beacon Chain is characteristic of the emergent, open-source ethos that attracts so many to Ethereum in the first place. More than 27,000 validators from around the globe are now participating in the new #Eth2 consensus model. pic.twitter.com/KR1i9N9i0A

The launch followed a tense month of preparation too, in which certain criteria had to be met.

Initially, the pace of staking was slower than expected, with a Twitter poll conducted in early November revealing that half of those polled did not intend to make the deposit by the deadline; just 21.3% stated that they either had staked, or intended to stake, 32 Ethereum.

Do you intend to make a 32 ETH deposit by November 24?

Among the reasons given were the expense—32 ETH was over $19,000 at that time. The community rallied, with Vitalik Buterin committing 3,200 Ethereum, which was worth over $1.9 million, and DARMA Capital allocating $50 million of its own holdings so that institutions and individuals could contribute to Ethereum 2.0 while staying liquid.

With a potential delay to the launch looming, at the eleventh hour a late surge of validators committed to staking.

Just 24 hours before the deadline, only around 50% of the target had been reached; fortunately for Ethereum 2.0, by November 24 enough validators had staked to commit to launching the beacon chain.

Today, there are over 230,841 validators, according to Eth2 Launchpad, an Ethereum analytics platform.

The future for Ethereum 2.0

Ethereum co-founder Vitalik Buterin has laid out a roadmap of how the next five to ten years could pan out for Ethereum 2.0.

This is my approximate view of what the next ~5-10 years of eth2 and beyond might look like.

Roadmap below reflects my own views, others (including future versions of me) may have different perspectives! Details may of course change as we discover new info or new tech. pic.twitter.com/wynMVC04Ag

He said that over the last two years there has been a “solid shift from ‘blue sky’ research, trying to understand what is possible, to concrete research and development, trying to optimize specific primitives that we know are implementable and implement them.”

The bulk of the challenges is now “increasingly around development, and development's share of the pie will only continue to grow over time,” according to Buterin

ETH2 scaling for data will be available *before* ETH2 scaling for general computation. This implies that rollups will be the dominant scaling paradigm for at least a couple of years: first ~2-3k TPS with eth1 as data layer, then ~100k TPS with eth2 (phase 1). Adjust accordingly.

In June 2020, Buterin noted that Ethereum 2.0 will need to rely on current scaling methods such as ZK-rollups for at least two years before implementing shard chains.

August 2021 saw the deployment of Ethereum's London hard fork and Ethereum Improvement Proposal 1559 (EIP-1559), which changes how transaction fees work on the network. EIP-1559 sees users who make a transaction on the network pay a base fee that's burned instead of going to Ethereum miners, reducing the supply of ETH and placing deflationary pressure on the Ethereum network.

Ethereum Co-Creator ‘Confident’ About Next Steps After London Hard Fork

How could Ethereum 2.0 affect Ethereum’s price?

For some, the launch of Ethereum 2.0 was precisely what the cryptocurrency needed.

“Once Ethereum has scalability via layer-2 tech or ETH 2.0 all questions are answered,” Jamie Anson, founder of Nifty Orchard and organizer of Ethereum London, told Decrypt. “The firing gun will go off.”

In other words, more scalability means more usage, which, in turn, means more demand. Which—at least in theory—should propel the price of Ethereum to new heights.

“By the time ETH 2.0 and rollups work together there will be 100,000 transactions per second capacity. That’ll mean a completely seamless experience for the next billion people,” Anson added.

Matt Cutler, CEO of Blocknative, a company focusing on the complexity of the mempool, is equally optimistic, particularly as gas fees are expected to decrease with the launch of Ethereum 2.0.

Moreover, the ecosystem taking notice of major milestones will reinforce Ethereum developer momentum. “This will have a long-term bullish impact on the price of ETH—notwithstanding the short-term volatility, which is part-and-parcel of crypto-asset valuations,” Cutler added.


This post first appeared on Passive Income With NFTs, please read the originial post: here
People also like
How and Where to Buy HXRO Token – An Easy Step by Step Guide
10 Best Programming Languages For Blockchain App Development