What Dogecoin Teaches Us About the Future of Finance 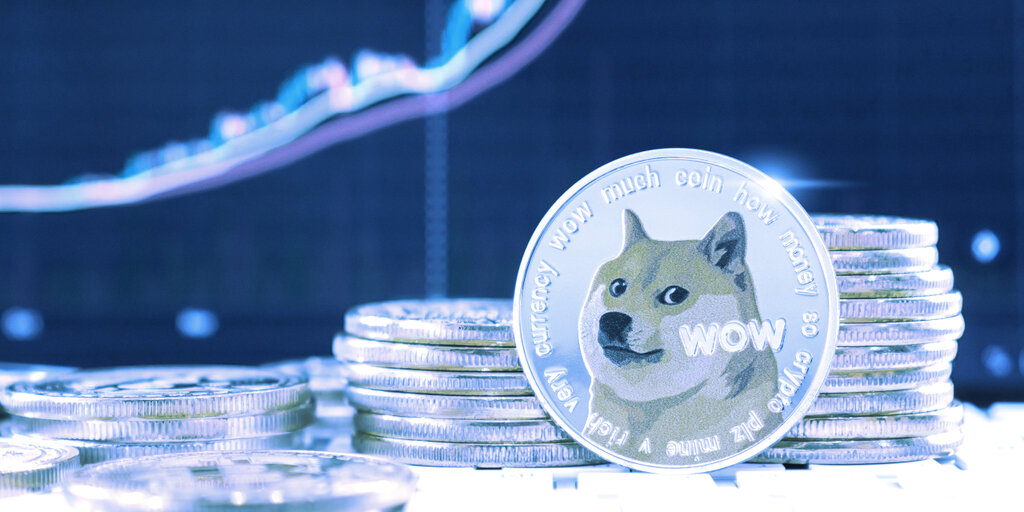 What started out as a joke has become the poster boy for a movement that is trying to disrupt the Financial sector.

Dogecoin, the cryptocurrency created by software engineers Billy Markus and Jackson Palmer as a bit of fun has found itself caught between the whims of its famous followers - Elon Musk, Mark Cuban, Gene Simmons, Snoop Dogg - and financial professionals who have labeled the DOGE as little more than a Ponzi scheme.

But behind all the hubris is a kernel of an idea: that the future of finance is going to be increasingly dominated by retail investors with a high-risk tolerance placing bets on projects that have value financially but more importantly, culturally to communities on platforms like Discord and TikTok.

While Wall Street has been grappling with the rise of ‘meme stocks’ - a nebulous term used to define stocks and financial products that have been hyped on social media - Dogecoin laid the foundations for this movement nearly a decade ago.

Dogecoin was created in 2013, as a hard fork of Litecoin, itself a hard fork of Bitcoin. Palmer and Markus had witnessed the explosion in alternative currencies that had been created that year and decided they’d create their own.

Their idea was to combine a popular meme, in this case, Doge, which was pictures of a Shiba Inu dog accompanied by multicolored text in Comic Sans with a simple cryptocurrency as a way to Market the product. “A lot of cryptocurrencies—namely Bitcoin, with its history with Silk Road—has been sitting in the shadows. It’s associated with the dark web,” Palmer said in an interview shortly after the coin’s release.

“I think by combining a coin with a meme, which is something that people see spammed to hell on their Twitter and Facebook feeds every day, I think it adds a face, the Doge face, and makes it more accessible. It’s something people can get behind. It’s no longer this shady thing that geeks in basements use.”

The currency, which had almost no utility outside of the sub-Reddit where members tipped each other with DOGE whenever they posted something funny or interesting, saw its 24-hour trading volume go from zero on December 13, 2013, to $3.2 million in a month.

While other meme coins like SexCoin and BBQCoin came and went, DOGE endured, and with it the idea that a cryptocurrency could be more than a financial asset. DOGE had become a cultural product that acted as a medium for advocates to exchange ideas and money.

It’s this idea that would eventually work its way into the trading floors and hedge funds far away from the sub-Reddits it was born in.

The rise of meme stocks

Historically, social media and the stock market had rarely crossed paths, except when a tech company went for an IPO. But earlier this year, those two worlds collided around GameStop, the ailing high street retailer of computer games.

As COVID continued its spread across the world, physical retailers were fast running out of money. That then led to a slew of hedge funds short-selling the stock of companies like GameStop in order to turn a profit. But then Redditors got involved.

A subreddit called r/WallStreetBets - where retail investors gathered to discuss markets and trading strategies - started discussing what was happening with GameStop.

A few core members, most notably one YouTuber called Roaring Kitty, suggested that if everyone in the sub bought GameStop stocks, they could create something called a ‘short squeeze’ where the hedge funds would have to pay fees in order to maintain their positions as a result of the markets moving in the wrong direction. And also make money themselves.

The gambit worked, and GameStop and r/WallStreetBets made headlines worldwide, while hedge funds like Melvin Capital who had shorted the stock, lost 50% of their entire funds as a result. Roaring Kitty turned a $50,000 bet into $14 million. That then led to a slew of other distressed stocks being picked up cheaply by Redditors causing prices to rise. Crypto also got in on the action.

Redditors Are Turning to Crypto, Not GameStop, Amid Market Volatility

Bitcoin’s price began climbing in the days after GameStop hit the headlines, as those retail investors went looking for other assets to buy. In fact, as the frenzied trading on Wall Street died down, activity picked up across all of crypto, with many projects hitting all-time highs, including, Dogecoin, the project that started meme trading.

DOGE hit highs of $0.70, giving it a market cap of $52 billion, after Elon Musk, Snoop Dogg and Gene Simmons all lent their support to the meme token. The flurry of endorsements made DOGE more valuable than Barclays Bank ($44 billion), the Bank of New York ($42 billion) and Credit Agricole ($43 billion).

This left many in the financial sector scratching their heads. How could a cryptocurrency with little value outside of the network become so valuable?

What the Hell Is Doge Day—And Will It Really Send Dogecoin to $1?

Financial regulators and other legacy companies have been quick to shun the cultural phenomenon. More than 90% of independent financial advisers in Britain would never recommend cryptocurrencies or so-called meme stocks to their clients, according to a recent poll. Financial commentators pointed out that the communities emerging around meme trading were little more than pyramid schemes played out on social media.

GameStop’s blistering stock performance resulted in a Congressional hearing over concerns that many investors were being duped into buying stocks with little long-term value.

While the markets have quietened down since the frenzy in Q1 of 2021, it has left a mark on the financial sector that’s unlikely to go away.

The Men Who Pump Doge: Meet the Redditors Behind the Dogecoin Billboards

"People are buying the cryptocurrency, not because they think it has any meaningful value, but because they hope others will pile in, push the price up and then they can sell off and make a quick buck,” David Kimberley, an analyst at Freetrade, said.

“The money doesn’t matter, it’s more: ‘I’m getting something out of this, I’m understanding how cryptocurrency works, I’m learning, I get to tip other people with it, I get to make other people’s days,'" said Palmer back in 2013.

“Dogecoin is best thought of as a cultural product, rather than a financial asset,” writes Jason Potts, professor of economics at RMIT University. “The reality is few cryptocurrency users hold it as a serious investment or to use in regular transactions. Instead, to own Dogecoin is to participate in a culture.”

These new investors see the world of financial products and services as an opportunity not just to get rich, but to be part of a community.

During the mania of GameStop, r/WallStreetBets, the sub-Reddit that started it all, saw its community more than double in size, with more than 10.6 million members.

Of TikTok’s 1 billion users, the hashtag #PersonalFinance has been used nearly 4 billion times. By comparison, other popular hashtags like #Cooking and #HealthTips have been used half as much.

On both communities, a particular trend has emerged during bull and bear markets: how many users appear to be having fun. During particularly volatile movements, memes appear thick and fast to reflect rising or falling fortunes, with the funniest getting the most upvotes. On TikTok, the algorithms prioritize more engaging content, creating a similar pattern: the more entertaining something is, the more people see it. The memes are just as important as the money. It’s what crypto-ethnographer Ellie Rennie calls “playful infrastructures”.

“The communication of DeFi is memes and games,” says Rennie. “DeFi tokens have been branded by emojis (yam, spaghetti, sushi, etc). DeFi’s developers also use memes to capture attention and drive users to discussion boards that function as knowledge clubs. In order to capitalize on these applications, you need skills in crypto platforms and finance concepts, but also a gamer mentality.”

Many in these worlds see participation in financial markets as a form of consumption, like going to the cinema or traveling. But in this case, community members combine entertainment, leisure, community participation, and experience as a key part of why they invest.

“Cultural assets such as Dogecoin are hard to systematically value when compared to financial assets, a bit like how we don’t have a fundamental theorem for pricing art,” says Potts.

“Almost by definition, the demand for a meme coin will fluctuate as wildly as internet culture itself does, turning cultural bubbles into financial bubbles.”

By examining Dogecoin, a future of finance emerges; an open digital economy that combines technology, culture, and economics where memes are valued just as highly as the markets themselves.

What Dogecoin Teaches Us About the Future of Finance