This Professor Is Tokenizing Love. Is He Nuts? 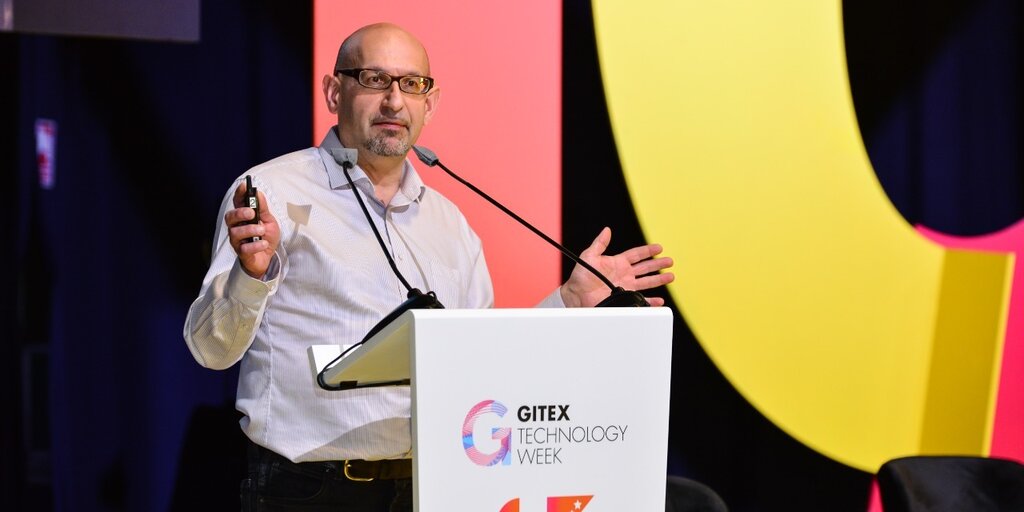 Dubai’s annual Future Blockchain Summit is a grand affair; sheiks mingle with celebrities, entrepreneurs, and government ministers; the buffet is to die for, and there are choice morsels on the main-stage roster too. Intrigued about how anyone could possibly quantify love—let alone transact with it on a blockchain—Decrypt tracked down the panelist: Olinga Taeed, Visiting Professor in Blockchain at the UK’s Birmingham University.

Taeed's story took in everything from a “God Metric” used by governments worldwide to measure emotions, to a Bank where love, hope, and happiness can be deposited alongside fiat, commodities, and other financial assets. So how on Earth does that work?

A word on quantifying love

Countless studies have tried to measure emotion over the years—including one carried out by your correspondent.

The scientific community doesn’t even recognize love as an “emotion,” but, instead, calls it a “drive,” like sex and attachment. Taeed refers to it as a “sentiment,” like happiness, but such feelings are multi-faced, difficult to measure, changeable, and subjective—and those are just some of the barriers that make robust classification hard.

But with rapid advancements in the field of natural language processing—which analyses textual data to determine whether a given text is positive, negative, or neutral—commercial progress has been astounding.

Sentiment analysis has become one of the fastest-growing research areas in computer science.

It’s now employed by everyone from Amazon to Facebook to monetize data for marketing (and allegedly for more nefarious purposes, in the case of British political consulting firm Cambridge Analytica). "We use exactly the same thing as Google and Facebook to look at our sentiments and how we feel,” Taeed said on a call from Wales, where he’s staying with his daughter Tigris. “If you can digitize the metrics around these non-financial value items like love and happiness and hope, then you can actually transact it through a blockchain,” he said.

The currency of non-financial value

Taeed isn't your run-of-the-mill academic. He was born in Laos, in 1960, during the Vietnam war. His parents were Persian, and deeply committed to altruism; his father was a Red Cross doctor, and his mother set up orphanages.

Taeed was intent on a different career path. After completing an engineering degree, and PhD in Systems Theory at Leeds University in the UK, he first made his name in CCTV, and sold his company Molynx to Siemens in 1996.

But there was one key factor missing from his life, “I did not value happiness,” he said, and his attitude, he firmly believes, led to his daughter’s breakdown.

“In 2008, I retired, because of my daughter. Despite me having seven cars, and nine houses at the time, she had two breakdowns,” he said.

He sold eight of his 12 companies and then set up a not for profit foundation called the Centre for Citizenship, Enterprise and Governance (CCEG) to measure non-financial value.

It was a timely question to ask. In the wake of the 2008 financial crisis, governments around the world were belt-tightening and looking to offload the funding of many community projects to the public sector. In 2011, Taeed was appointed as an impact investment advisor on “Big Society”—the British Prime Minister David Cameron’s since-discredited project to empower local communities. David Cameron was the Prime Minister who kicked off Brexit by calling a referendum. Image: Shutterstock

Similar strategies were being enacted throughout the world, and, in 2012, UK procurement policy was overhauled to make delivering social value mandatory. No longer was it enough for a project to be the cheapest; the developer of a railway line, for instance, had to demonstrate that his project would benefit local communities, or had ecological advantages.

Banking was an area with a particularly acute image problem after the economic crash, and Taeed was asked to develop a non-financial metric to measure a bank’s social value—the love, happiness and hope it inspired, using sentiment analysis.

Initially, Taeed balked at the task. “I said, even a nutty professor like me knows that's impossible,’ he recalled.

The UK government's officials were insistent, and Taeed eventually came up with what they wanted. He used the single number metric for financial value, the price-earnings (PE) ratio, and adapted that to come up with what he called the “S/E” or social earnings ratio, with S/E and PE together equalling total value. He said his data system was part of the analytics used to justify the social value of five UK banks.

But with interest in Big Society waning, no one was interested in automating his system, so he paid to do it himself. Then, in 2014—while he was looking after his daughter and working as an emergency foster carer—he got a call from the Vatican; his Holiness was interested in Taeed’s S/E ratio.

He was invited to speak in front of the Pope at the 3rd International Conference on Human Dignity, and the Vatican press office referred to his S/E tool as the "The God Metric.”

That was when the metric took off. Governments from India, Indonesia, Mauritius, and elsewhere adopted it as a way of determining non-financial value for procurement—measuring love and happiness using sentiment analysis. But it was not long before Taeed was disillusioned with his success.

“People were using the methods simply in order to be compliant to win contracts,” he said, instead of what it was intended for, as a transformative benefit for society.

His CCEG cofounder, Barbara Mellish, a former senior director at Barclays Bank, and the non-profit UK Payments Council—which supports innovation in banking infrastructure—was the one who suggested the next stage of the foundation’s plan.

“She said ‘To change the world, you need to become transactional like a bank. It's not enough to measure, you must be able to transact as well,’” said Taeed.

It's a bank where you can deposit money and diamonds and land and oil, but you can also deposit happiness, hope and love.

To further explain the concept, he turned to personal experience: “The story of my billion divorces has been that I felt I loved the person, and they did not receive love. They did not feel loved. So I had measured love in my heart but I had failed to transact it. I had failed to make them feel. And if it's not received then it’s not love,” he said. “People don't quite often understand that money and values are actually related.”

When, in 2016, Taeed and Mellish came across blockchain—an immutable, distributed ledger that can be used to transact non-financial assets—it seemed to suit their purpose down to the ground. And, after five years in development, last year at Dubai’s Future Blockchain Summit, Taeed announced the launch, later in 2021, of the Seratio DLT Open Bank, a “radical new instrument” which was developed under guidance from the UK’s Financial Conduct Authority.

It was the UK’s first such ICO, and “uses blockchain to hold both financial and non-financial assets, and to make one contingent on the other.”

Essentially, said Taeed, “it's a bank where you can deposit money and diamonds and land and oil, but you can also deposit happiness, hope, and love.”

A new paradigm for society?

Dubai has long had plans to tokenize happiness. It even has a Ministry of Happiness and, more recently, a Ministry of Tolerance. In Saudi Arabia, Neom, a futuristic $500 billion city, is being built in the desert.

These wealthy Middle Eastern countries are desperate to be seen as more than oil producers, said Taeed. “They want to create a new paradigm for society so that people will look [up to] the Middle East.” They also want to reward their youth, “to put them on a different path,” he explained.

A country's drive to promote its own ideology isn't exclusive to the Middle East, said Taeed, who is also a blockchain advisor to China's Ministry of Commerce.

The Seratio bank uses the S/E ratio to enable countries and organizations to codify their ideologies, he explained. In the UAE, for example, they can practice impact investing by deciding not to reward oil-based businesses, and instead favor ecologically active, sustainable ones by giving them more competitive interest rates. It was never going to be long before someone tried to tokenize love, and Taeed puts forward a convincing argument that the currency of the future will not be money. Instead, sentiment data, value sets, or ideology—which has become the new paradigm—will be the most valued assets by 2030, he firmly believes.

But what about the bankers? What was most surprising was that he said 100% of them agreed.

Never mind Bitcoin; love is all you need.


This post first appeared on Passive Income With NFTs, please read the originial post: here
People also like
Firebird – Making Of Story
Top 3 Shaving Cream Warmers (Dispensers): Expert Review
GetResponse – 18% discount
The Best Unicorn Piggy Bank For Kids And Adults To Save Money
Cuomo’s got millions to run again. But he may be too toxic to build a team.

This Professor Is Tokenizing Love. Is He Nuts?