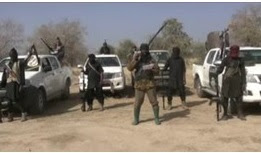 The Foreign Office in London said it had received reports the Islamist militants were “actively planning” to seize foreign workers in the Bama local government area of Borno state.

The US embassy in Abuja said in a message to its nationals that the report was “credible”.

Boko Haram has kidnapped thousands of women and children, including more than 200 schoolgirls from the Borno town of Chibok in 2014, which brought the conflict to world attention.

5 tips to find the best Australian je…
The Jon Gruden Case and Why the NFL S…
Review: Chris BadNews Barnes ‘BadNews…
Karen Wiesner: The Stories Behind Cla…
Are there Differences between Real an…